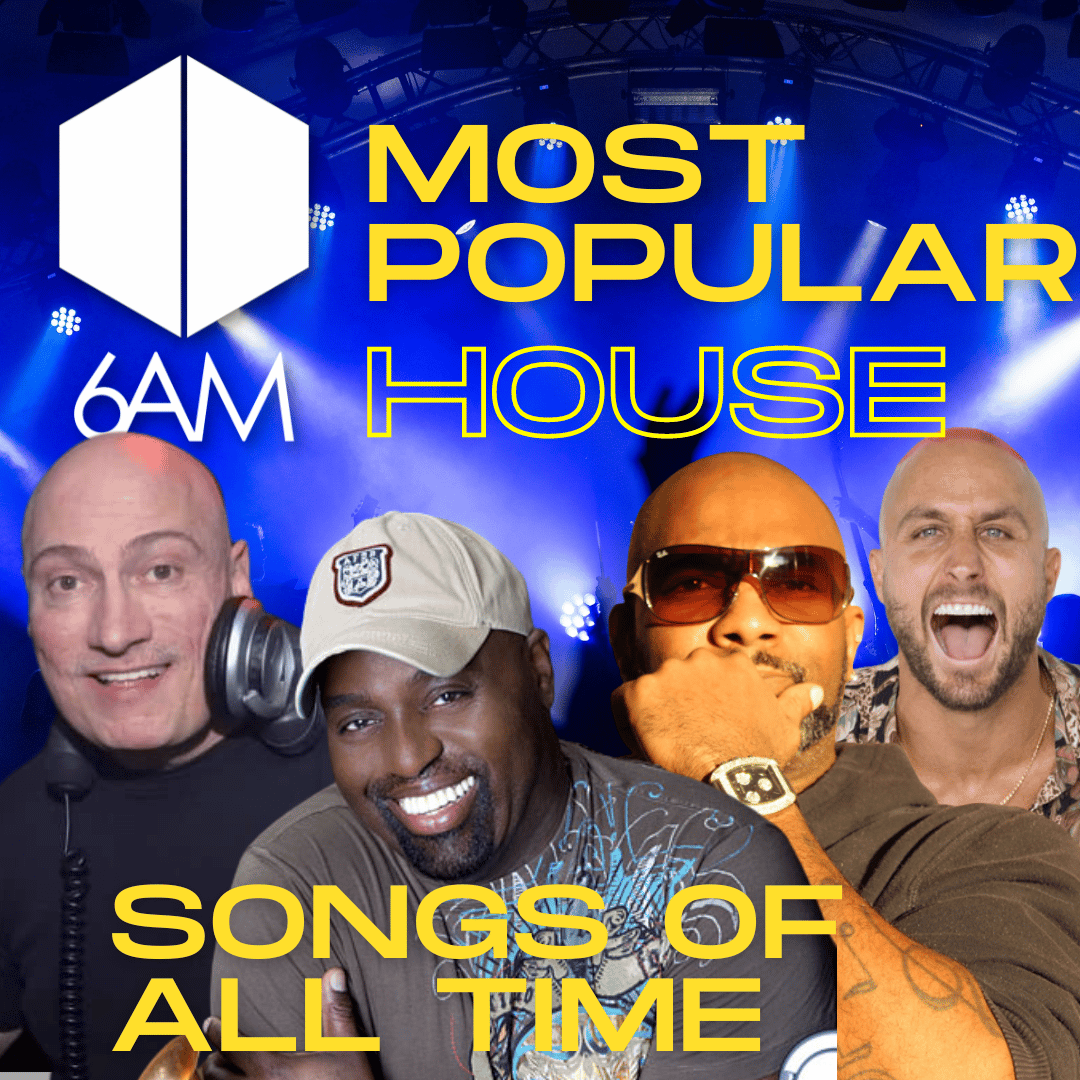 There are so many tracks that have defined the generation and evolution of house music. From the early days of Chicago House to the current state of house music, there are tracks that are indelible to house music fanatics. With each decade there have been smash hits that house fans talk about to this day. However, with the creation of subgenres on top of subgenres, it’s impossible to nail down a few tracks that fairly represent the decade and all the genres as a whole… and without bias. That being said, with the best of intentions get ready for a flashback of some of the top house music tracks from 1980’s until now.

3 of The Most Popular 80s House Music Songs

House music arose from the ashes of disco and began to grow in the 80’s dance music scene. At this time much of dance music was very much underground and was mainly enjoyed at specific clubs and warehouses. For those that were there at the time and those who wanted to take a quick history lesson, these 3 hits are house classics are an absolute must to bring you back to the infancy days.

Jesse Saunders “On and On”

Due to the fact that house music finds its roots from the evolution of disco, it’s a little difficult to definitively claim the first house track ever- However, many consider “On and On” to be the first proper house music album.

Known as “The House Music Anthem” this funk and jazz fueled house track was considered a groundbreaking track as it was the first house track to feature a piano. To this day it is one of the most recognized house tunes of all time and is still a dance floor heater.

4 of The Most Popular 90s House Music Songs

Just like with most dance music at the time, the 90s saw a massive increase in interest outside of the warehouse and underground clubs. So much good house music was coming out of the woodwork that it’s almost impossible to do this decade some justice with just 3 songs- and of course 4 songs doesn’t do the era any justice either, but it’s better than 3. Although not considered a mainstream genre at the time, from roughly the mid 90’s to the late 90’s house music (and dance music in general), was getting a big mainstream uptick with some tracks getting radio play across the world.

It wouldn’t be a legit “most popular” track list without a song from the “God Father of House” himself, Frankie Knuckles. Any track this house music legend and pioneer creates can easily be a house music taste maker. “The Whistle Song” features lush atmospheres and a pleasant catchy whistle melody that is unforgettable.


Without a doubt “Gypsy Woman” was probably one of the most widely popular house tracks of its time. Upon its release in 1991, the now timeless track achieved the number 1 spot on Billboard’s Dance Club Songs List.

Paul Johnson “Get Get Down”

Probably one of the pinnacle leaders in Chicago style house, Paul Johnson‘s “Get Get Down” was a dance floor heater featuring the upbeat vibes you can expect from the genre. To this day, it’s a fun bouncy track that any dance floor can appreciate.

This timeless house music track is a whopping 14mins long that has arguably one of the most recognized vocal riffs in house music to this day. This mix from the legendary Danny Tenaglia is an absolute must know from this prolific era of house music.

3 of The Most Popular 2000s House Music Songs

In the 90’s house music popularity spread throughout the world and more and more producers started to gain traction outside of Chicago. Mid to late 90’s running into the 2000’s saw more heavy synths incorporated into the genre as well as tracks that had more of an overall darker feel. Some might argue that within this period tech house tracks started to really gain traction amongst house heads. Overall the 2000’s saw an even bigger surge in house music mainstream airplay when compared to the prior decade.

The infamous french duo had already cemented their presence in the dance music world with their mid 90’s track “Da Funk”. However their 2000’s main stream hit “One More Time” had more of a recognizable disco infused house feel and made waves across dance music world. Everyone and their mom played this track whether you liked it or not.

Initially starting with his alias Cajmere in the 90’s, Green Velvet was already a force within the dance music world. This 2001 beaut of a track is now one of the most iconic tracks of the tech house/ techno artist and vocalist.

As with the theme of the decade, popular house tracks started to incorporate a much darker feel and heavier emphasis on synths. This 2006 tech house staple, “Who’s Afraid of Detroit” was one of the first massive hits by the now renowned owner of the Dirty Bird label.

3 of The Most Popular 2010s House Music Songs

As with all genres of music, various sub genres of house music began to pop up as time went on. In the 2010’s period, sub genres such as electro house, fidget house, future house, melodic house, tropical house and many more began to make huge waves. All these genres, had roots within house music but had a much heavier emphasis on sound design and electronic synths. Tech house also began to show itself as one of the dominant genres of the period. It is also within this time period that the concept of “EDM” began to emerge within the mainstream crowd and the multitude of sub genres of house music began to be incorporated within the EDM umbrella. If you were living through the music scene at this time, it was definitely an interesting period as what was considered house music began a massive and “controversial” transformation.

When deadmau5 and many other edm artists came onto the scene the tracks they were creating was given the “electro house” or “progressive house” name. When this huge edm track came out in 2010, many house heads were emphatic that the modern take on “electro house” was not “real” house music. That being said, genres always evolve and definitions are really subjective. However the popularity of this track was undeniable as the track and the entire album 4X4=12, received a Grammy nomination that year- showing that at least the name “house music” was no longer just an underground concept.

Whether or not you consider the EDM house music as “real” house music, there was still house music that was prolific outside of the EDM world. This 2010 mix of this smash hit was pretty much played at every single house music event. If you were lucky enough to be on the dance floor when this gem came out, you got to join in with the crowd synchronizing in the “Hey Hey”.

When this track came out in 2017 you absolutely could not escape it at any event that played house music. A little deep and a little melodic, this tune had a catchy vocal sampling that was the peak definition of ear worm. This track was such a popular hit that it received a Grammy nomination in 2018.

3 of The Most Popular 2020s House Music Songs

In the last few years, John Summit has been making waves in the house music community and has been making his way through massive festival circuits. This 2020 track was considered to be his breakout hit and was the longest running #1 tune on Beatport for 2020. With hits like these Summit quickly became Beatport’s top selling artist of 2021.

This 2020 PAX rework of Rui Da Silva‘s 2002 classic “Touch Me” was ranked as one of Beatport’s top selling tracks 100 house tracks of all time. The modern take still featured the unforgettable vocals with a modern twist.

This 2022 rework of Bob Sinclar‘s 2006 hit was done by the now infamous Australian tech house dj, Fisher.This track has been holding its #1 position on Beatport’s house chart since its release in July. Considering the wide success of reworks from classics and hits of the past one can only expect more of these to come in the future.

House music has been here for decades and will be here for decades to come. With the INNUMERABLE amount of sub genres and amazing tracks that appeared over the years, it is impossible to do them all justice. However, hopefully this list was a good starting point to either go down the rabbit hole yourself, or give a new house friend a guide into their house music adventure.