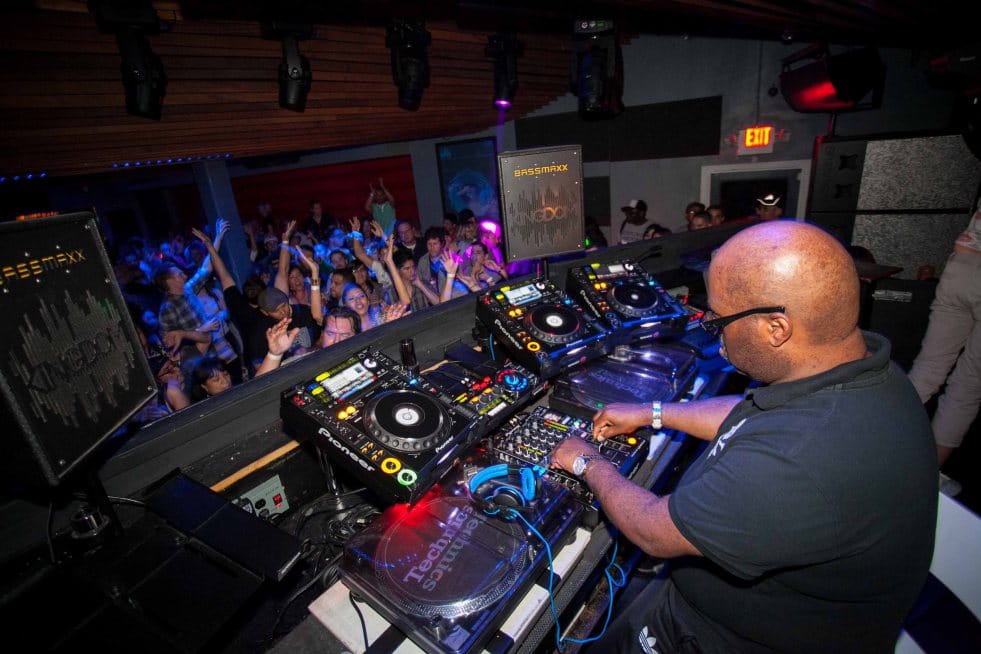 Frankie Knuckles and House Music: it’s hard to discuss one without the other, perhaps impossible.

By the time the ’80s had come, North Jefferson was perceived as a desolate industrial area west of Chicago. But at the corner of the city and in the heart of an area that had seemed to have been forgotten by God, one venue was able to re-ignite and convey the spirituality of an entire community and transform itself into its very own temple. We are talking about the mythical Warehouse that, with Frankie Knuckles at the helm, gave name to House Music.

The Warehouse sat right at the center of a 3-level edifice on that dark and sweaty party of town, celebrating every Saturday night the most physical of collective rites: dance music.

Frankie Knuckles, the great master of ceremonies, DJ, and storyteller would one day recount the many years spent behind the Warehouse console: “The amazing thing was, despite being full of people of the Midwest, kids with their feet on the ground grown in bread and cereal, the environment was full of feeling. For many who came, that was the church.” Yeah, the reference to religion is rather recurring – and let’s say it – often forced to dance music, but when it comes to something unique and unrepeatable built by Frankie Knuckles at the Warehouse, then it could really not be more fitting. In an old interview with Chicago’s WMAQ broadcaster, Knuckles was ready to remember the magic at the old club: “When you’re faced with three thousand people, you’re faced with three different personalities. And the amazing thing is when those three thousand become one. In church the same happens. When the priest starts, when the choir starts, at a precise moment, when things are coming to the apex, the entire room becomes one thing. And that’s the most amazing thing.”

Frankie Knuckles, the symbol of the “Chicago House sound,” was actually born in the Bronx in 1955, then known as the most violent and delinquent-ridden of the New York City boroughs. The world lost a friend, a music icon, an innovator and one of the kindest man I have ever met when health complications linked to diabetes took Frankie’s life in 2014. I still remember the instant I learned of his passing and the feelings that raced through my heart. I still remember those moments at Chicago’s Millennium Park when thousands upon thousands congregated once more to dance in remembrance of a man who left behind a legacy for millions, if not billions, around the world: the legacy of House Music, a legacy that with it carries the intrinsic values of inclusion, equality, love, and tolerance.

Frankie Knuckles’ own aesthetics developed at an early age, his goals pushing him away from the poverty-stricken Bronx and in search for something more. His escape to Manhattan was a natural course of action, where he eventually attended the Fashion Institute of Technology and would begin his career as a DJ following his own appreciation of disco, soul and R&B as a young teenager. Frankie and his good friend Larry Levan would frequent discos in the early 1970s, at first unaware that their love for the music would push them toward their now well-known life journey.

Frankie’s DJ career started off by accident back in 1971, when Tee Scott (one of the youngest in New York’s DJ circuit alongside Levan and Dave Mancuso) lent Frankie his records for him to play on Mondays and Tuesdays at the Better Days clubs where he had just become a resident. It is here that he started to appreciate music even more, honing his craft as a DJ as he worked to create a unique and intense experience on the dance floor by actually mixing tracks rather than putting them together as a playlist. It was clear back then that Frankie had the talent and attitude to control the large rooms of the discos he played in, sheltering discriminated minorities like gays, blacks and Latin Americans while conveying messages of love, hope and brotherhood.

But his years in New York City were far from over. Not even a year had gone by of his residency at Better Days that he began playing Nicky Siano’s The Gallery and, in 1973, the Continental Baths. Soul, disco and R&B music lovers could not wish for anything better back then: in these historic clubs Frankie Knuckles’s unique talent lived in close contact with those of Levan, Mancuso, Siano and Kenny Carpenter, transforming the Great Apple into the Earth’s Paradise for all (more or less) young people who animated the city’s nightlife on any given night of the week. Those were incredible years, indispensable for the golden future that awaited Frankie and the future of dance music. 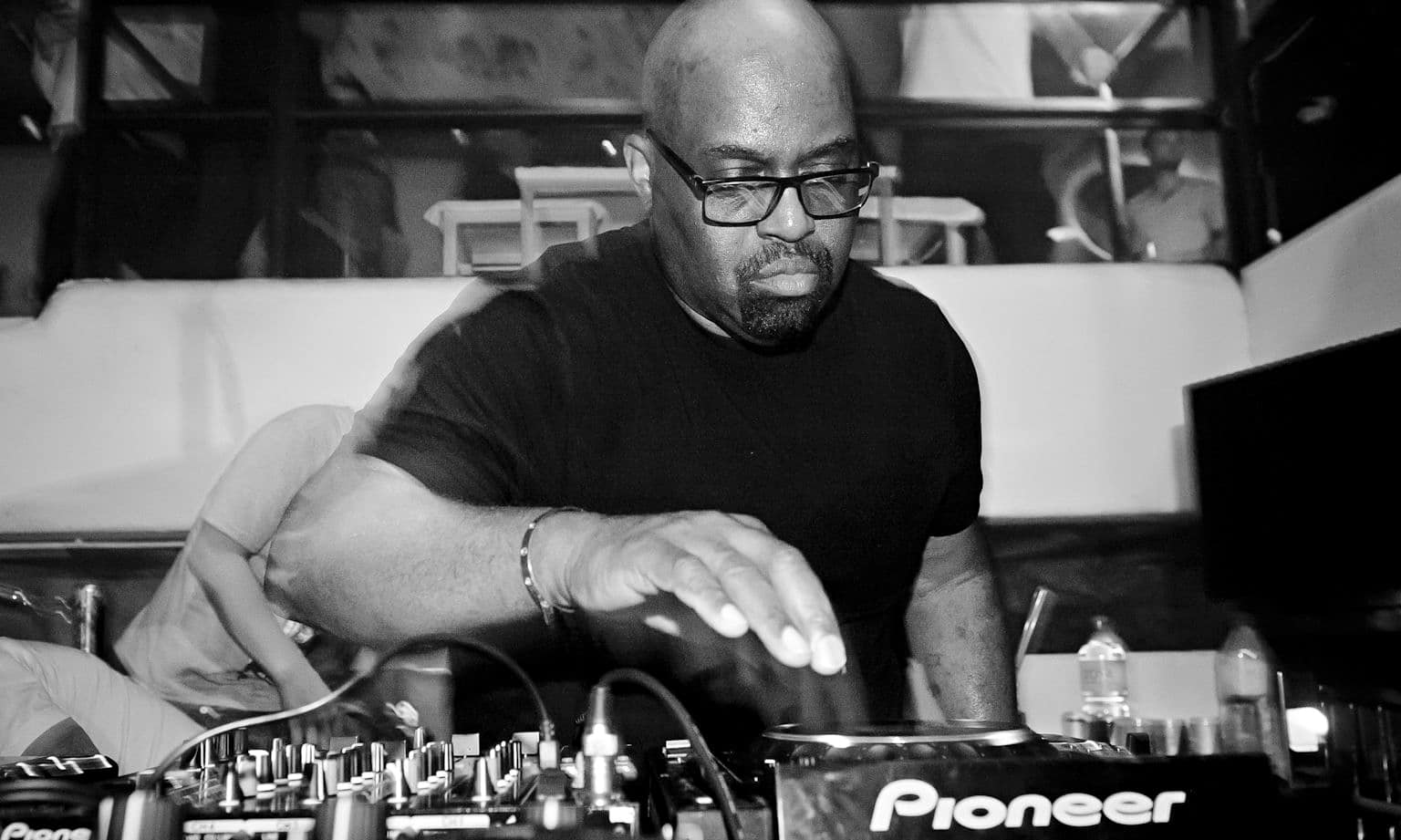 The key year in Frankie’s timeline is 1977, when Robert Williams, old friend of his and Larry Levan’s, was ready to open the doors of his “Warehouse” and change the destiny of his city, and of dance music as a whole, inexorably. None of those involved could imagine or predict the future, but once the Warehouse opened its doors Chicago and the world would no longer be the same. Frankie moved to the Midwest city to play at the Warehouse, invited by Williams to be the selector for the night on many occasions. Frankie’s style was different than that of any of his peers, a mixture of disco classics, unusual indie-label soul, the occasional rock track, European synth-disco and all manner of rarities, all of which would eventually codify as “House Music,” a shortened version of the Warehouse that he called home. The truth is that, to many, Frankie’s “house music” was the 2.0 of Martin Luther King’s gospel choirs that performed in the civil rights movement. Undoubtedly, Frankie’s House Music was symbolic of something more than just music.

His sound was so infectious and his personality behind the decks so popular that the Warehouse, initially a members-only club for largely black gay men, began attracting straighter, whiter crowds, leading its owner, Robert Williams, to eschew membership altogether.

By then Frankie’s musical journey was still incomplete. It was 1983 when he bought his first drum machine from one Derrick May, a young DJ who was making regular trips from his home city of Detroit to see Frankie play at the Warehouse. Frankie combined his signature sound with the bare, insistent pulses that emanated from his new weapon, defining the sound of early Chicago House and inspiring countless future producers by as early as 1985. 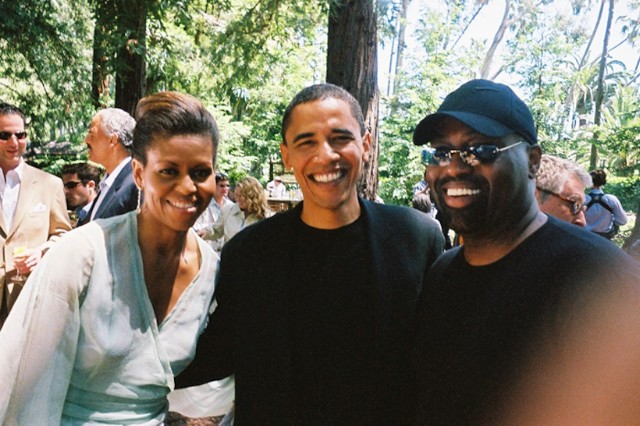 The rest, as they say, really is history. In 1997, Frankie Knuckles would go on to win the Grammy Award for Remixer of the Year, Non-Classical, once more showcasing how pivotal his role in the history of House Music has and will always have been.

In 2005, Frankie Knuckles was inducted into the Dance Music Hall of Fame for his achievements in House Music, all the while as he continued to be a pivotal and contributing producer and DJ in his own right, holding down a residency at Chicago’s Smartbar, touring the world and of course continuing to release Chicago House anthems to the delight of dance music fans all over the globe.