Chicago House Legend Paul Johnson Has Passed Away From COVID-19 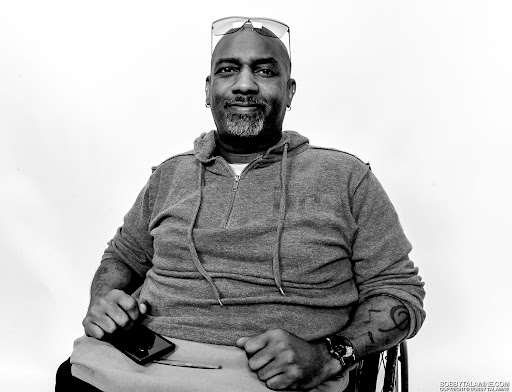 Chicago House Legend Paul Johnson Has Passed Away From COVID-19

It is with a heavy heart that we report the news of the passing of one of Chicago House’s most influential producers and DJs, the mighty Paul Johnson.

An infectious, kind and loving character, Paul Johnson is best known for his self-taught DJ style of house music and his 1999 single “Get Get Down”, which became a worldwide hit.

Johnson first began DJing in Chicago in 1984 when he was 13, and started working as a producer in 1987, doing tracks for Chicago house labels Dance Mania, Relief, Cajual, Nite Life, Undaground Therapy, Defected, DJax Up Beats, Peacefrog, and Moody.[1] His song “Get Get Down” became an international hit, sustaining airplay for several years in clubs and was a top 5 hit on the UK Singles Chart and a top 3 hit in Greece. The song reached number-one on the Billboard Hot Dance Club Play chart in December 1999. In 1997, Johnson and his partner Radek started the Chicago house label Dust Traxx, and also worked with Robert Armani under the name Traxmen and with Gant Garrard as Brother 2 Brother. His 2004 track, “Follow This Beat”, hit No. 8 on the US Dance chart.

Paul Johnson used his Instagram account to tell his fans and friends that he had been hospitalized with COVID and was feeling weak. In two subsequent posts, the last of which was on July 19th, he explained that his situation had taken a turn for the worst and was being put on a ventilator as he was unable to breathe anymore.

While recovered in the ICU Paul put on a brave fight for two weeks, before friends and family confirmed he had passed away.

Thank you for your legacy Paul, you will live on forever in our hearts and on dance floors all over the world.