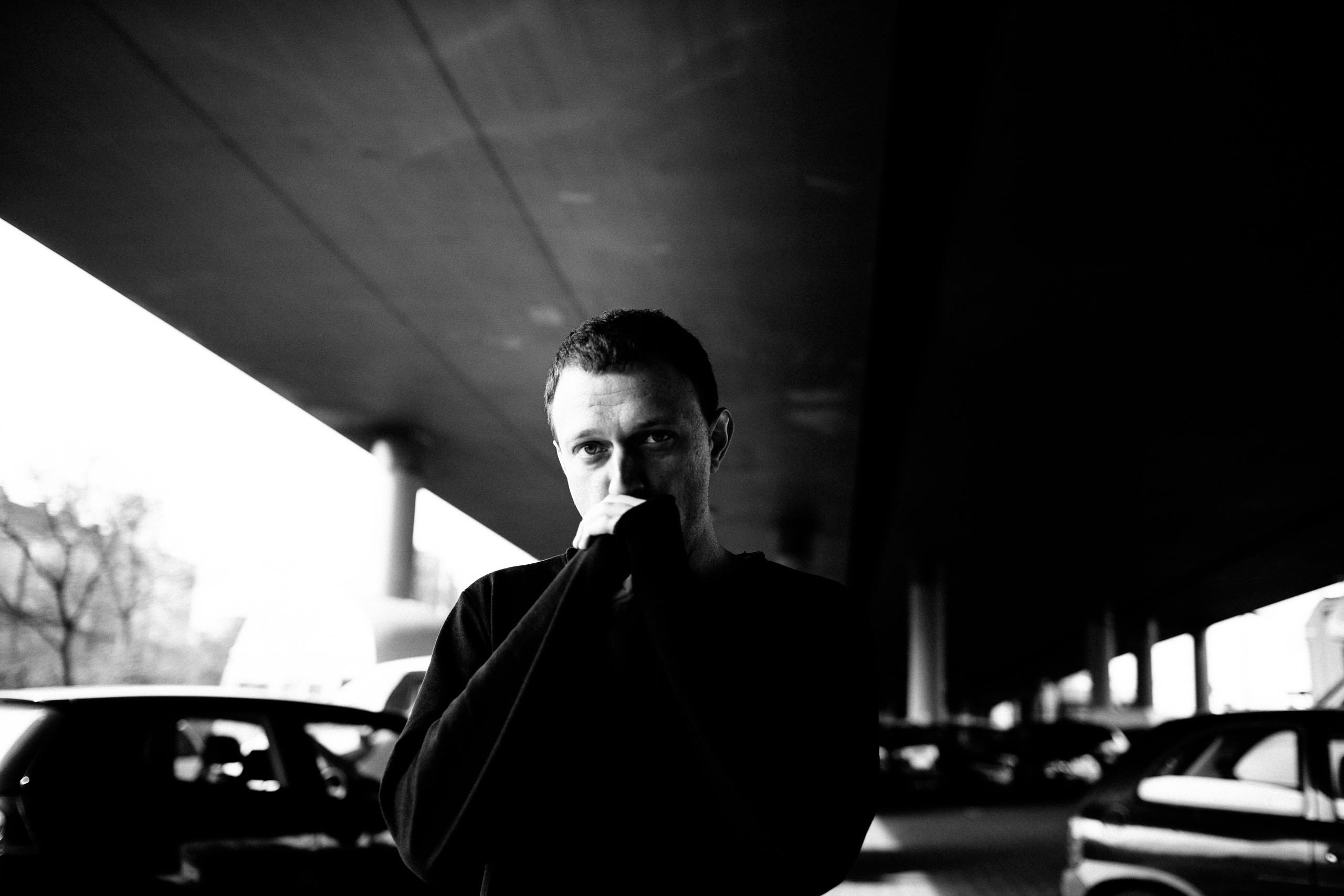 The Midas Touch of cross-genre hit records can be found on releases such as “This Is How” on Ovum in 2015, “Pentimento” on Rebirth in 2016, “Midas Touch / Jorniel” on the influential Innervisions in 2016, “If You Still Want Me” on Scuba’s Hotflush Recordings in 2017, and “It’s Time” on Connected which came out earlier this year. All of these critically-acclaimed released have earned Avni a respected position in modern dance culture amongst a wider and more eclectic circle of discerning ears.

Conducting edgy experimental Techno for critically acclimated imprints such as Stroboscopic Artefacts while producing dance hits for the likes of Stereo Mc’s or Catz N Dogz, Avni has proved himself to be a producer that can truly cross genres.

It’s taken Yotam Avni a little while to get to his debut album; almost a decade, really, since his debut 12”, That’s What The World Needs, on California’s Seasons Limited imprint. During that time, the Tel-Aviv based producer has refined his productions, tightening the groove and paring everything back to bare essentials; the power in an Avni cut is its combination of piston-pulse propulsion and a deep, but gently applied, musicality. This combination gives his techno productions added heft on the dance floor, but also a lyrical sensibility that places him squarely in a tradition of techno legends who somehow manage to make the four-to-the-floor a space of poetic intensity, of rigorous joy.

Avni’s been on Kompakt’s radar for a while, but with Yotam Avni Was Here, he’s taken a huge leap as a producer. While there was no doubt that Avni was already here, this album cements the notion that he is here to stay.

Fans may have waited for his album for a while, but you know what they say: good things are worth waiting for.

Hi Yotam, welcome to 6AM and thanks for taking time out of your schedule to talk to us.

How are you doing and where in the world are you right now?

I’m in my roof apartment home in Tel-Aviv, Israel. drinking coffee, rolling a smoke and talking to you.

For those of our readers that may not know you, please can you introduce yourselves quickly?

My name is Yotam Avni I’m a Techno and House Music Producer & DJ from Tel-Aviv, Israel. I like Morrissey songs and Kanye West shoes.

Massive congratulations on the recent release of your debut studio album, ‘Was Here’. Can you tell us a bit about the creative process behind the project and why you gave it that name?

For 4 intense month’s I wrote and recorded tracks inspired by Detroit Techno albums I loved in my teenage years, mixed with Jazz and World Music motives and Instruments as my own extra favorite flavor to add. I thought about classic Techno studio albums in the 90s that were somewhat less apologetic in the difference between DJ-tool, sound experimentation and home listening. I pushed myself to experiment by trying to do a whole track with no kick drum, using musical instruments as percussion’s, flirting between electro and acoustic music in different ways.

What are some of the biggest inspirations behind this body of work?

Can you talk to us about the collaborations on the album and how they came about?

There’s a piece called “Thoughts” that sampled the first second of Eviatar Banai song, it was meant to be a hidden messaged joke to my friend and mentor Ziv Matushka who passed away this month. Its a shame he couldn’t hear it. Also appearing on the album are Jaw and the mighty dOP, we became great friends since. Georg Levin (Jazzanova) is someone that I truly grew up on his music, working on a track with him was something I always knew I’d like to do. Greg Paulus (No Regular Play) plays Trumpet and a handful of local Israeli friends helped with Percussion’s, Vocals and weird soundscapes.

Do you plan to tour the album internationally later this year if possible?

Yes I’m a constantly touring DJ in regular days. hope the scene will be back to normal soon.

Let’s talk about your relationship with Kompakt. Why did you decide to release the album with them?

Five years I’ve been releasing singles on different labels in different genres. But a year ago I spoke to Michael Mayer who was the first one to suggested me to a whole Album. Kompakt Records are well-known for their creative freedom, so I immediately said yes. 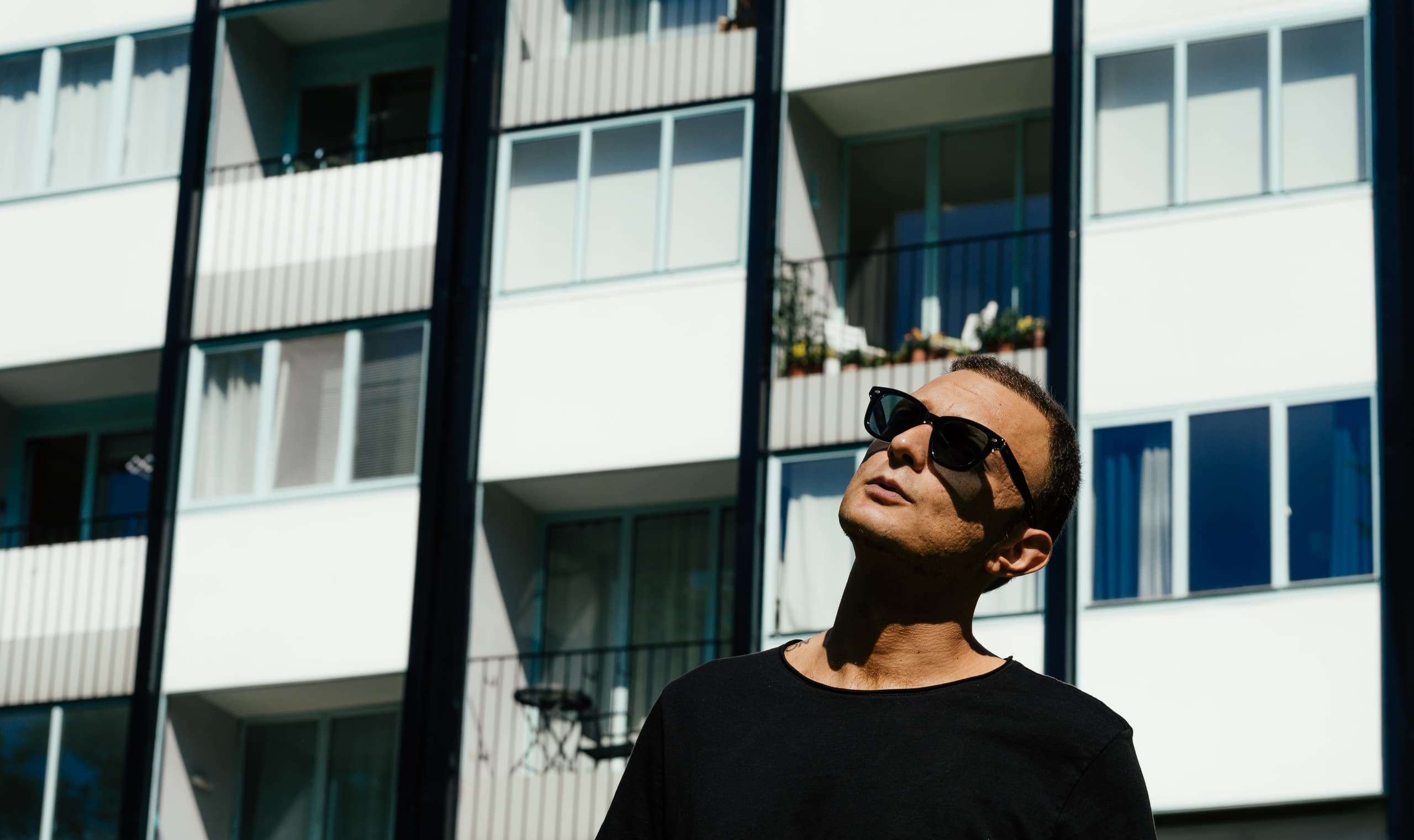 Have you known Michael for a long time? How did you guys first meet?

We haven’t even met yet. We have a few mutual friends and it turns out that he really likes my music, so I’m always happy to seek new artistic adventures.

What is the electronic music scene like in your hometown? Any local artists that we should be keeping our eyes on?

Tel-Aviv is finally has a lot of presence in House & Techno. You’ve got Red Axes, Moscoman, Autarkic & Whitesquare blowing up the charts. and a great number of major events, are happening in our scene unlike before.

You’re clearly very accomplished both in the studio and behind the decks. Do you prefer one or the other? If so, why?

I like both of those art forms separately. I won’t always like to produce music strictly made for club DJ’s, but that’s my starting point as an artist – for sure.

What are 5 records that haven’t left your box recently?

Besides the new album, what can we expect from you in the second half of 2020?

I’d like to compile 5 years of singles to one compilation and start my own label as well.

Any final words for our 6AM readers?