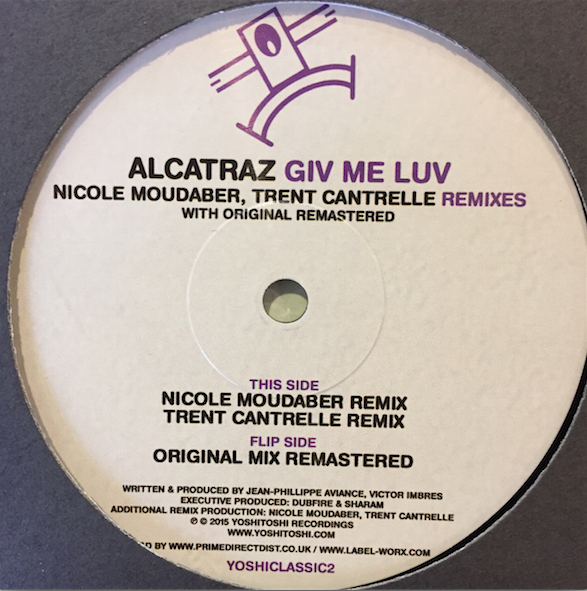 What is the role of record labels really and how do they operate in today’s industry? Over the last couple of decades, and especially so with the arrival and boom of the internet, the duties and functions of record labels have changed a lot.

Towards the end of last month, Suara’s big cat Coyu took to his Facebook page to lament on the current state of record labels, in particular diving into how label releases from smaller less-known artists seldom get the recognition and sales they deserve, despite often being higher quality productions than those of established producers that sell far better. In essence, Coyu stated, nowadays who makes the music matters more than the music itself. He also went on to explain how the catch-22 begins with local DJs and promoters who themselves veer towards purchasing tracks from names they know and trust rather than digging deeper into label catalogues to support music releases from other smaller producers like them.

With the ever-changing role of record labels in mind, we sat down with Nick Garcia, the label manager of Sharam’s Yoshitoshi Recordings to discuss the subject in detail. 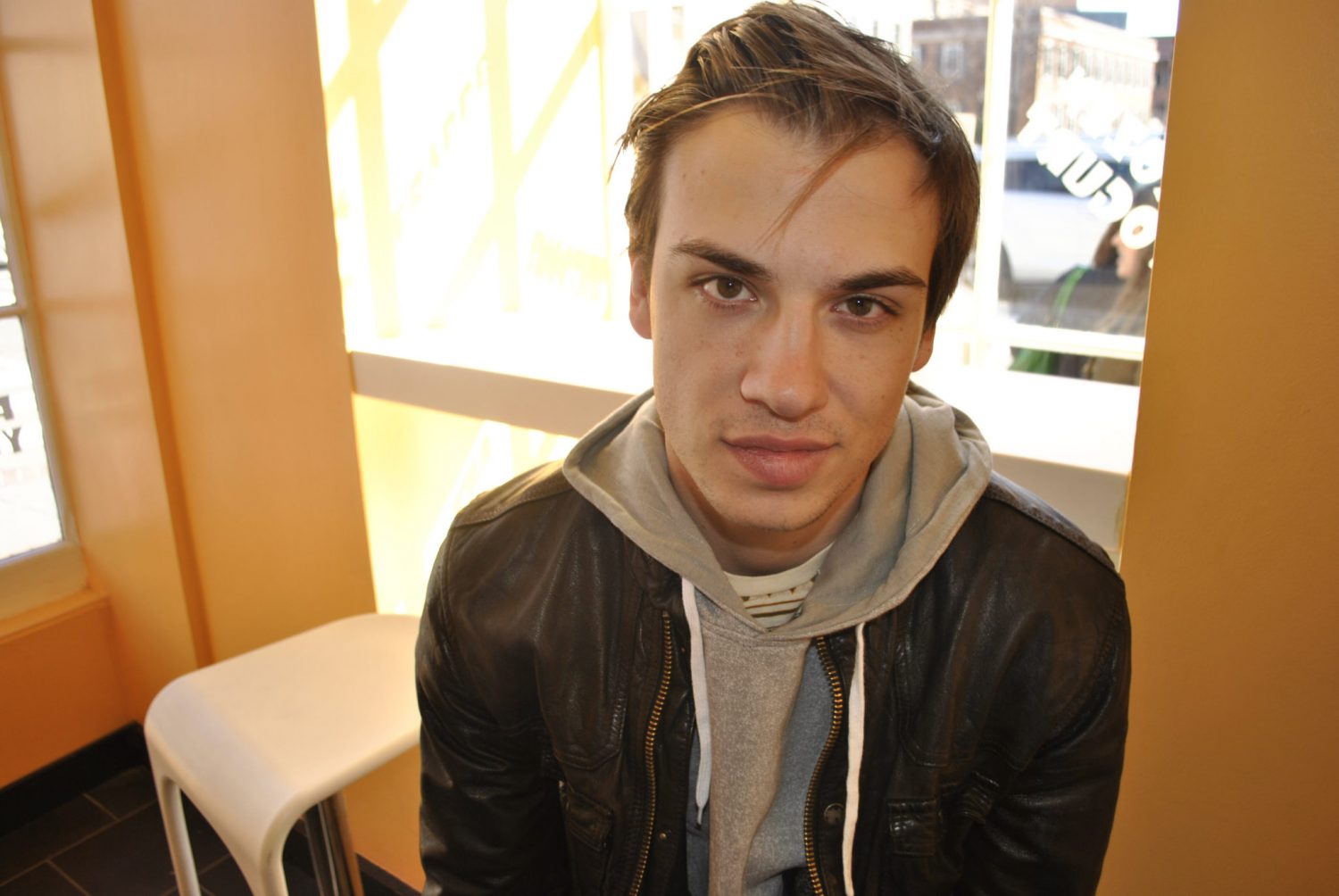 Hi Nick, thank you for taking the time to talk to us about Yoshitoshi. How long have you been involved with the label and what it is exactly you do?

My pleasure.  I’ve been with the label almost three years.  The question “what exactly do you do” is hard to answer, because I do a lot.  Many people think managing a label is just A&R, licensing, royalties, the stereotypical ‘music business’ stuff.  But I also oversee all our marketing, promo, design, video, social media, and more.  We don’t have a huge budget, so I basically assume any responsibility that needs assuming.

The roles of labels these days is far different from what it used to be 5-10-15 years ago. What would you say the main direction for Yoshitoshi is?

Our main direction will always be to find and promote cutting edge records that we believe in.  The way in which we do that, however, is subject to change.  I think labels now have to adjust much faster to changes in the industry.   It feels like every time I speak with our distributor he’s going off about some new streaming service or developing market and I have to then devise a plan about how best to tap into that potential revenue stream.

One of the big goals we maintain when releasing a record is to extend its lifetime as long as possible. After the initial release, we’ll include it on an in-house compilation or two over the course of the next 12-24 months, giving it new life and a new angle with each release. We also promote the records through podcasts, which up until recently was Sharam’s Wildcast.  We’re replacing that with a soon-to-be-announced weekly show that will serve as another big vessel for promotion.

Can you give us an example of what a “typical” day for your role is?

We try pretty hard to stick to a schedule, but when you’re managing a ton of stuff at once naturally things jut in and take precedence.  For example, last Wednesday we were nominated for Mixmag’s label of the decade – not a bad problem to have at all, but it definitely added a ton of stuff to our agenda!  Most days center around planning for the next release or the next party, coordinating marketing or PR efforts, or hunting for great new records to sign.

Just over a week ago Coyu took to his FB to discuss what happens when labels release music from new names versus established artists. What is your take on what he said?

There is a lot of truth to what he said.  Whenever you sign a record from an unknown artist, you’re taking a big risk because they don’t have a built-in audience.  Now, good music is good music and this shouldn’t matter, right?  Unfortunately that’s just not the case, and people are naturally drawn to what they are familiar with.

One thing we did to try to combat this last year was launch our “Deep End” compilation series, of which we’ve now done two.  The basic premise is to take a bunch of great signings from lesser-known artists and mix them together with some records from big names.  The first edition went top 10 on Beatport in five different genres.  Guess which tracks were driving those chart placements?  Yeah, the ones from the big artists.  Our more recent edition, “Deep End Miami,” contained a remix from a burgeoning act, the UK’s Truth Be Told (check them out!), that actually did extremely well.  However, it was a remix of “House Music,” one of the our biggest records of all time.  I don’t mean to discredit Truth Be Told’s work, because it was a great remix.  I’m just saying that the track had an element that many people were already familiar with, and that worked to its advantage.

It pains me to see this happen, because it puts artists in a sort of catch 22. One where you won’t sell tracks unless you have a following, but you won’t get a following unless you have a popular track.  I think that’s why a lot of producers resort to remixing to break the ceiling.  We will always sign a truly great record regardless of the popularity of the artist, but going into that agreement knowing that it probably won’t sell sucks, and it means we usually can’t justify giving that artist an advance on their work.  Honestly though, a lot of these younger artists just don’t even think to ask for them these days, which I find a bit sad.

So tell us, roughly how many demos do you receive on any given week?

Between 3-400. We listen to every single one, and take our favorites, discuss, and decide if they are the right fit for us.

As one of the people that does A&R at Yoshitoshi, what frame of mind do you adopt when listening to these demos and deciding which may be released on Yoshitoshi?

Coming from an audio engineering background, I listen to demos on two levels: the first being emotional, that is responding to how it makes me feel and how I think it will make others feel, and the second being purely analytical, that is checking the quality of the mix and the sound choices and listening critically to judge how it might translate to a club system.  If something really sticks out as special in both departments and send it to Sharam to listen to and potentially play out.

It also seems, to me, that more and more producers are starting their own labels these days, and adopting the “label collaboration” model to release on other imprints, essentially releasing music of other label-owners in exchange for the same on their label. How do you feel about this?

I think its great.  This model let’s artists tap into new networks and create different music than they normally would, and in the age of social media, cross-pollination of audiences can be a huge asset for an artist’s growth.

It’s not exactly the same, but our Classics series comes to mind here.  Our mission was to have classic tracks from our back catalogue remixed by modern artists of different styles.  Not only did it help bring the tracks that our older fans know us for to a younger audience, but the diversity of the remixers introduced the music to greater subsets that audience.  I think that’s essentially what the label collaboration is about, just in a different context.

With all of this said then, what do you think an up-and-comer should do when deciding how and where to release their music?

It might sound counter-productive for me to say this, but honestly if you’re just starting to build your name, don’t psych yourself out over getting signed.  I see too many people make amazing tracks, then sit on them for a year because they aren’t getting love from labels.  Many young artists don’t realize its not personal, and then they start thinking that their music is bad, and maybe ditch that amazing track they made.  There are a million reasons why people don’t get signed – don’t just assume its because you’re not talented.  Make a Bandcamp, put it out yourself, do what promotion you can, and move on to the next thing.  Don’t withhold your music from the world because it’s unsigned.

If you do manage to get your track signed, get a promo plan from the label.  As cool as it might sound to release on a label, there’s no point if they’re not going to get your release more attention than you would by releasing it yourself.  Ask them about their mailing list, who they are going to send to.  Follow up about DJ feedback.  Check to see if they’re getting you any premieres.  And definitely don’t be afraid to ask about financials.

What three pieces of advice would you give anyone thinking about starting their own label?

Do you think label’s roles will change in the next 5 years? if so how?

It’s tough to say, because the music industry changes so quickly.  I don’t think the “role” of labels will change per se; a label’s job will always be, essentially, to find and promote good music.  But the way we change is influenced mainly by the way that our audience consumes music.  So as trends continue to grow or wane, wether it be streaming, vinyl, internet radio, or anything else, our mission has to reflect that.  At the end of the day, the listeners are everything.