Would You Date Someone Who Doesn’t ‘Techno’? 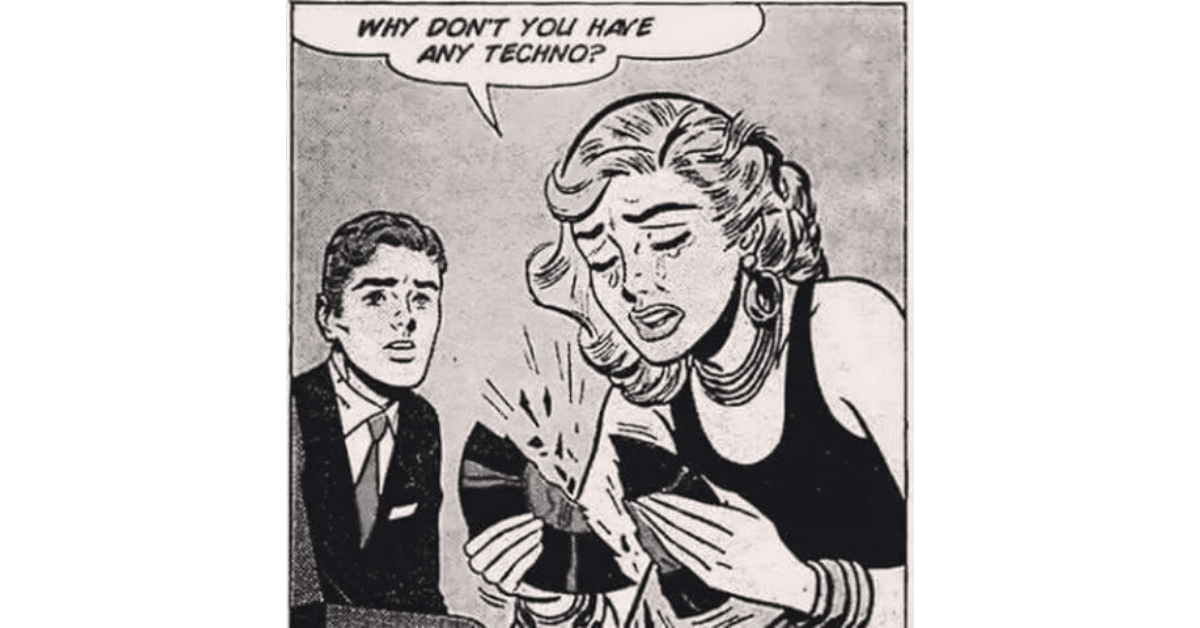 Would You Date Someone Who Doesn’t ‘Techno’?

Love is in the air until you find out said person doesn’t “do” house and techno. Does love win or is this a dealbreaker? Would you date someone who doesn’t techno or for that matter listen to electronic music? This has been something I’ve discussed at great lengths with my friends and the answer is: it depends.

I’ve gone back and forth between yes, no…yes; well, maybe…it depends. For those who know me, music is BAE (before anyone else). I mean, in 2020 Spotify clocked me in at 84,000 minutes listened. I even outdid myself in 2021 increasing that by more than 15,000 coming in at 102,836 minutes to be exact. Now, I’m no math whiz (no, really, I double-majored in French and Communications, so there’s that) but that’s music for days. So yea, you could say music colors my world. Whether I’m feeling blue or happy and anything in between, you sure bet there’s a bop. At times, I may not even be able to explain how I’m feeling, but I have a track to capture the mood.

Read Next: Is it a Banger or Massive Chune? Here’s Your Rave Terms Bible

With music being a part of my every day, and friends who share in the same “hobby” it’s been a serious topic of conversation. “What if they had all the great qualities but then you find out they don’t go to shows?”

Me: “Ooh, that’s tricky…like don’t go to shows at all? Well, do they like music?” 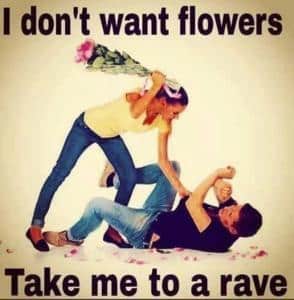 I’ve thought about if music is a “must” when it comes to dating. Would I date someone who doesn’t “techno” (yes, I made techno a verb)? It depends. It depends on whether they’re open or closed-minded. If the latter; thank you, next, but the above scenario gives me something to work with.

Would you rule someone out on the basis of their musical taste (or lack of, just kidding…but really)? We all know perfect doesn’t exist, so let’s dig deeper.

For starters, music events and music listening are two completely different experiences. Feeling the bass run through your body during a DJ set is another level (yes, there are levels) of enjoyment. Perhaps they haven’t been exposed to the “scene,” or maybe the opportunity to see a DJ hasn’t come about. You don’t know what you don’t know, right? Sometimes all it takes is one invitation to your first rave, club show, warehouse function, whatever you want to call it to get a taste of the good life.

Do they have to love going to shows? Not at all. Like it? Would be nice. The last thing someone wants is your date to have a stank face and not because of the drop. You know what I’m talking about kids:

That Face You Make When the Beat Drops

Let’s say your SO (significant other) isn’t keen on going to shows because they enjoy listening to music from the comfort of their own home. That’s not so far-fetched as we seasoned ravers know bodies start feeling a little different after you hit a certain age—it’s a marathon, not a sprint. We’ve clocked in our steps at countless functions, and there comes a time to pass the baton to the younger kids. So, if they have an appreciation for music, exposing them to the gritty techno sounds and bumpin’ house beats will be all the easier (hopefully).

So what’s the final verdict? I don’t expect the person I date to love techno (or music in general) as much as I do. After all, it’s good to have differing interests. It’s all about balance. However, as much as I respect having separate likes showing interest in one another’s passions is also important. I couldn’t imagine dating someone who has absolutely no music in their bones.

Music sharing is basically a hobby of mine. Electronic music or not, my music library has something for everybody. Bet.

So, do you have a SoundCloud?

Would I date someone who doesn’t “techno”—I wouldn’t rule it out. Do they have to have some music in their lives? Signs point to yes. Perhaps the better question is “but where do you get your music from?”

Music can be an intimate experience and brings people together. It’s meant to be shared, and as we all know, music sounds better with you.