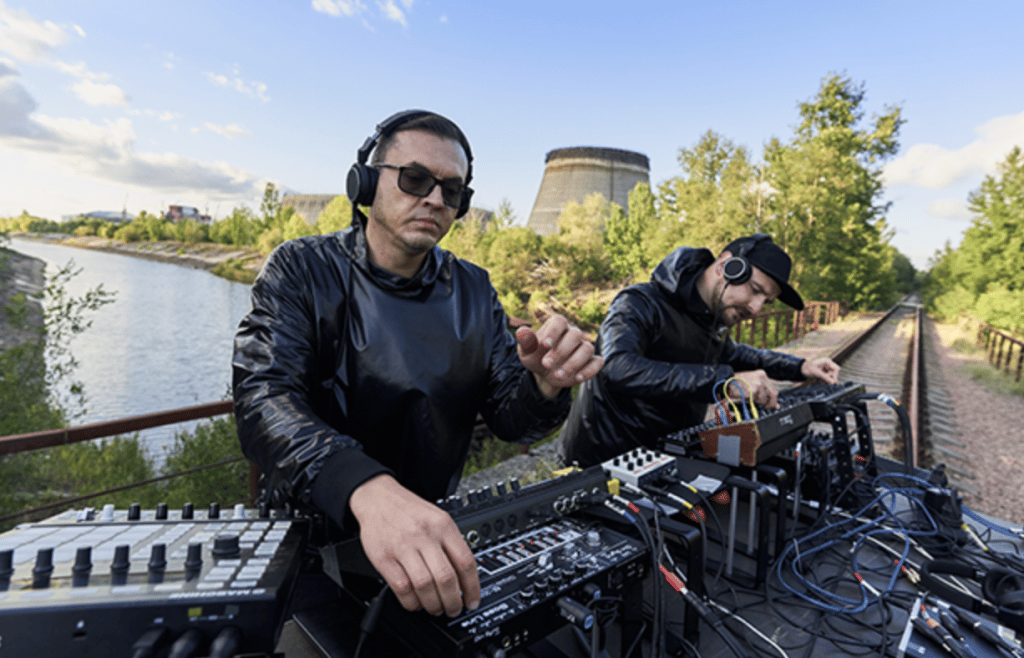 Ukrainian duo, Woo York performed live at the Chernobyl Exclusion Zone as part of the Sounds of Chernobyl (which is also sometimes alternatively titled Sounds of Chornobyl) project.

The event that took place yesterday, April 28, and was dedicated to those who stopped the 1986 accident at the nuclear power plant and the Ukrainians today who are facing war and fighting against the Russian invasion.

To support people in Ukraine, Sounds of Chernobyl has launched fundraiser with Help Chornobyl for those who are still affected by the events at Chernobyl as well as those affected by the devastation of the war.

“Our planet may not be able to withstand this nuclear strike. And then everything will be unimportant because so much on this planet that we value will cease to exist. We must not silently watch this process. Everyone can do what they can and not keep quiet to save life on our Earth.”

Woo York said: “In these devastating times, we are missing a lot of things we used to take for granted. Looking back to the pre-war days, how happy we were spending time with our families and friends, having fun, playing music, building some plans for the future, and basically enjoying life under a peaceful sky. Little did we know back then, but one day our lives will become normal again. Until then, we will try our best to support our motherland Ukraine – the place of tragedy and rebirth, heroism and reflection, where the lessons of the past must be learned for the sake of our future”.

Donate to Help Chornobyl here or buy a unique record on SoundsofChornobyl.comor the album ‘Sounds of Chornobyl’ on Bandcamp.