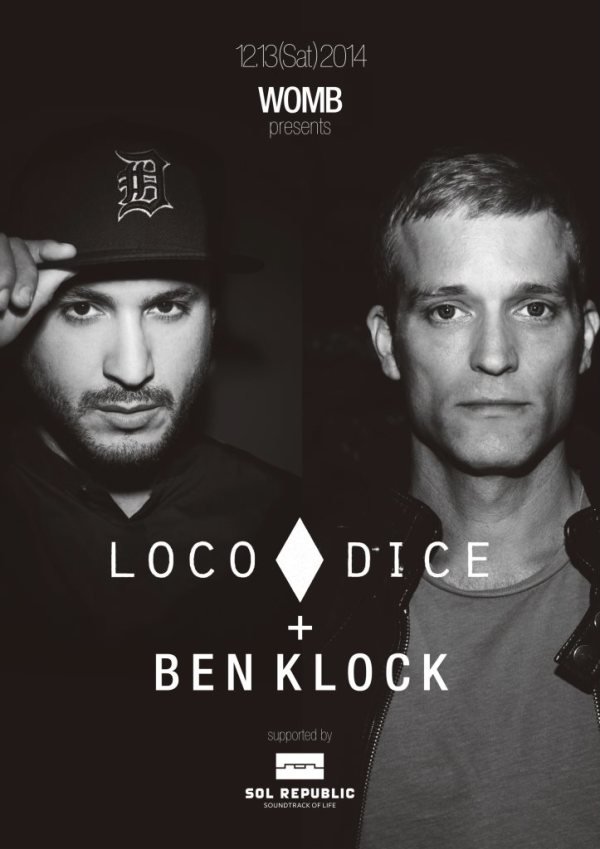 Womb will be delivering an early Christmas present to the city of Tokyo this Saturday with special guests Loco Dice and Ben Klock both set to take on center stage. This is an absolute monster booking that further exemplifies the strength of Japan when it comes to quality electronic music. The show comes shortly after the recent announcement of RA’s 2014 Top 100 DJ Poll where both Ben Klock and Loco Dice placed 6th and 23rd respectively. This event marks the end of Ben Klock’s brief Asia tour where he is expected to hop on the plane after his set to play the 10 year anniversary of Berghain. We love seeing major events like this hitting the Asia-Pacific region as some of the best continues to spread music knowledge in a region that is coming up fast in the scene. For those happening to be in the area, this is a must attend event. Details, tickets, and pricing for the night can be found on WOMB’s website.