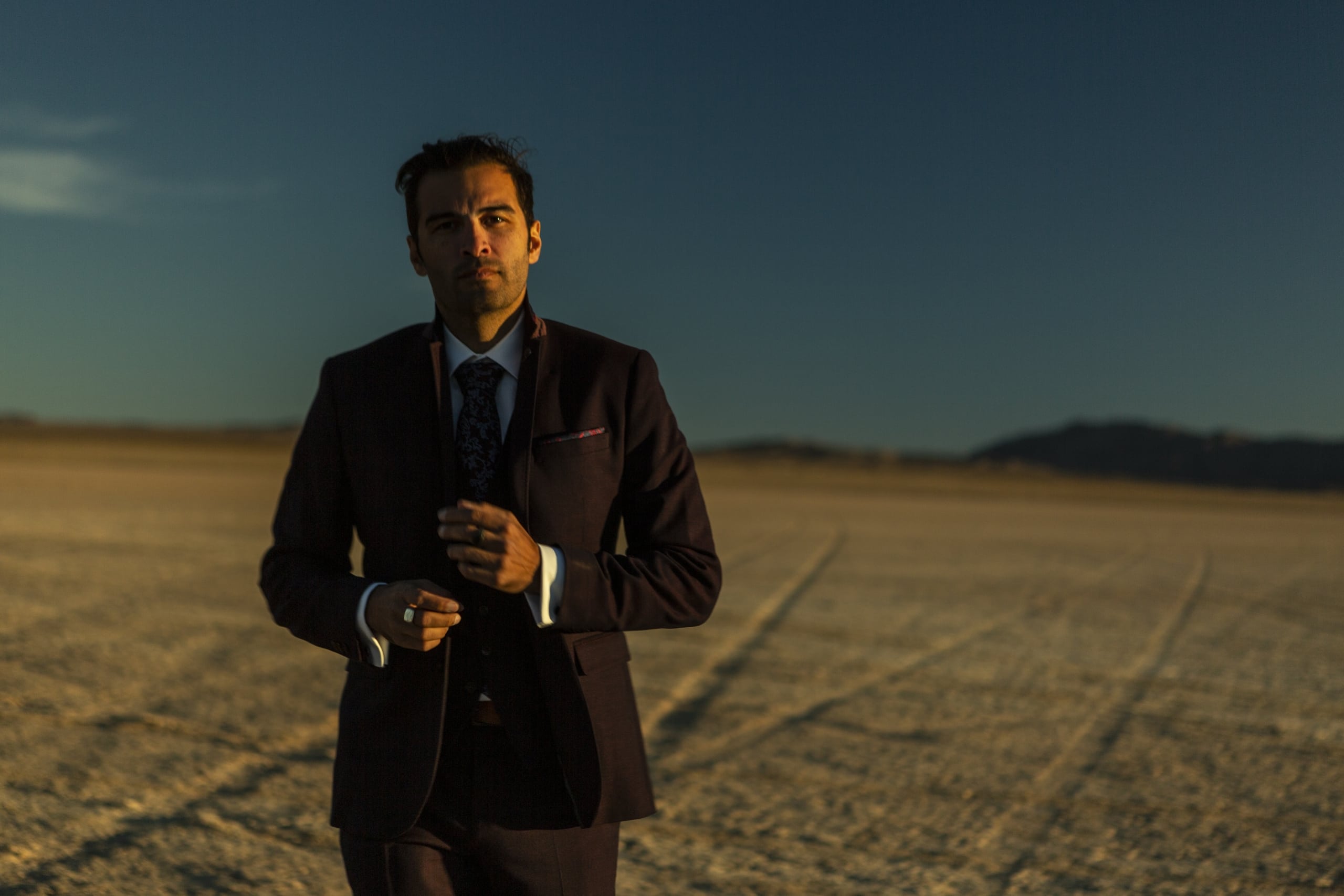 Over the years Pleasurekraft have made huge impacts on the dance music scene. Having created timeless tracks being played everywhere, while becoming a huge influence to many artists’ tastes, Pleasurekraft have joined the ranks of titans. In addition to their own successful label “Kraftek” and having releases on such renowned labels as Drumcode, 1605, Mood and many more, the music that Pleasurekraft have created has clear worldwide and intergenerational appeal.

The more recent signature “cosmic techno” sound has been admired for its wonderful balance of beauty and fierce mystery while at the same time being dancefloor ragers. However, dig a little deeper and you’ll find the great philosophical and profound concepts that make Pleasurekraft’s music more than just “party music”.

Just a few weeks ago, Kaveh of Pleasurekraft brought two banging sets to the RE/FORM festival in Los Angeles. In his down time, he was kind enough to talk to 6AM about his music, inspirations, and philosophies that he injects into his art form and personal life.

6AM · 6AM In Interview: Pleasurekraft

Since it’s inception in 2009, Pleasurekraft had smash hits within the tech house arena. However, after about 7 years in that realm, Kaveh of Pleasurekraft decided it was time for a paradigm shift.

“I was like okay, well, what is it that I want Pleasurekraft to have meant for any future observers that find this thing called ‘Pleasurekraft’ in the information space?; And I just felt like I wanted to do something that had more depth to it.”

The Modern Aesthetics of Pleasurekraft

Listen to any of Pleasurekraft’s tracks from roughly 2017 on and you’ll be treated to bold epic hooks coupled with big spacey techno rhythms and ear candy.

“When you have a story that you’re telling that is epic, you should put epic lines in. Don’t go humble all of a sudden. If you’re trying to go epic… Go f***ng epic.”

If you listen closer to the music and let yourself experience it beyond the dancefloor, you’ll probably notice a common thread within the art. In the music Pleasurekraft creates, there are elements that echo a message into your senses. However, it’s not just any arbitrary message, it’s something with a mysterious but intended purpose.

“If you are choosing to put something into a song you’re making a choice. You are collapsing all the other options into that one thing that you did put in. And that thing you did put in should have a reason for its existence within that space. And for me, the beauty of cosmic techno is when you put vocals in, that the vocals communicate something deep about our place in the cosmos as a part of this incredible process.” 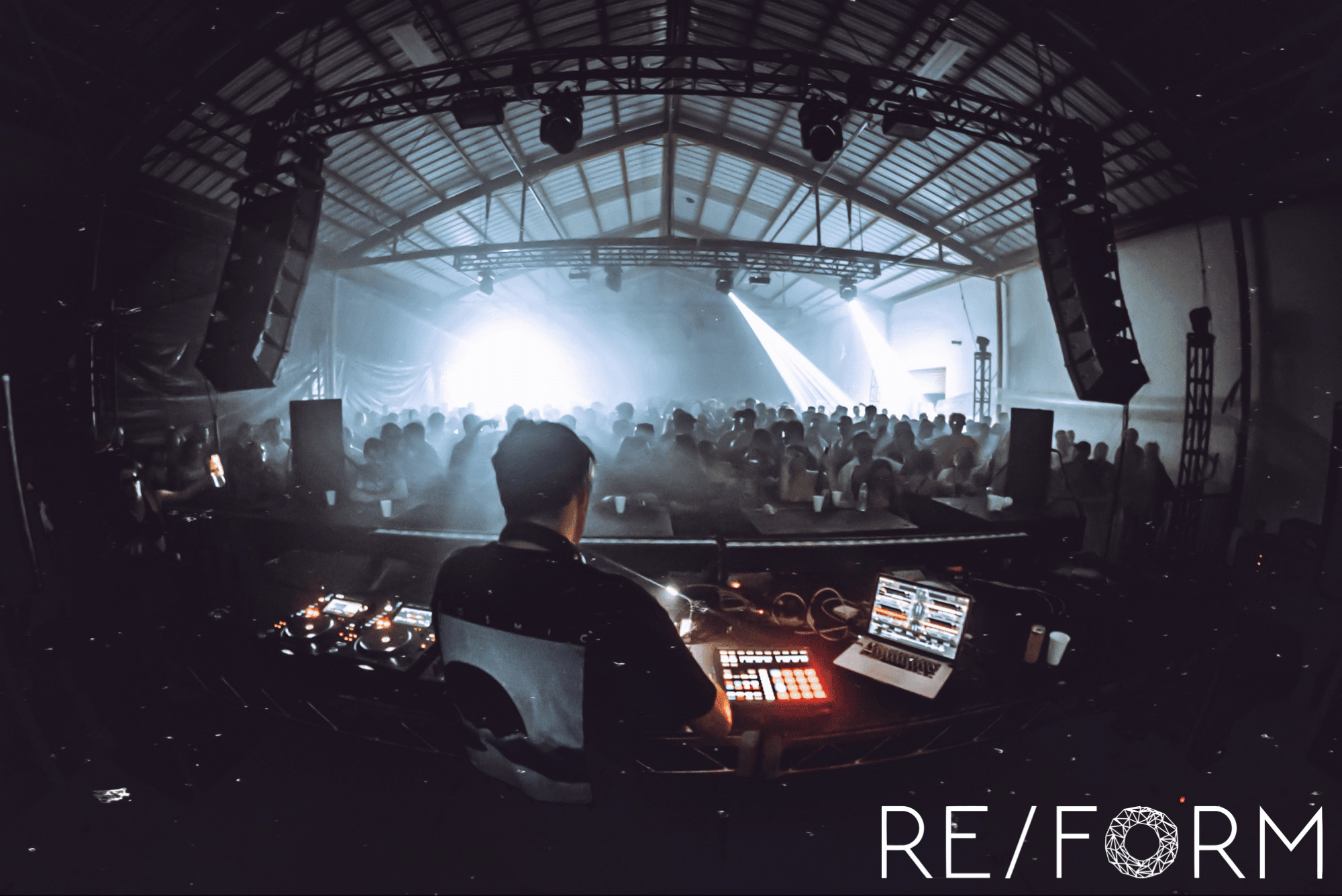 The Way of Cosmic Techno

With the appropriately named signature sound of “cosmic techno”, Kaveh personally finds it important to make music to “feel an emotional connection”. It’s not necessarily the sublime synths or the big drums… it’s all about connection and the human relationship with the cosmos.

“The one thing that [Cosmic Techno] must include, is it must resonate on an emotional level… That is the only major constraint I would say.”

One might also notice the Pleasurekraft’s aesthetic choices of giving elements space within the time they reveal themselves. Kaveh believes in the importance of a “resting silence” and sees to it that there is an emphasis on the “nothingness”. 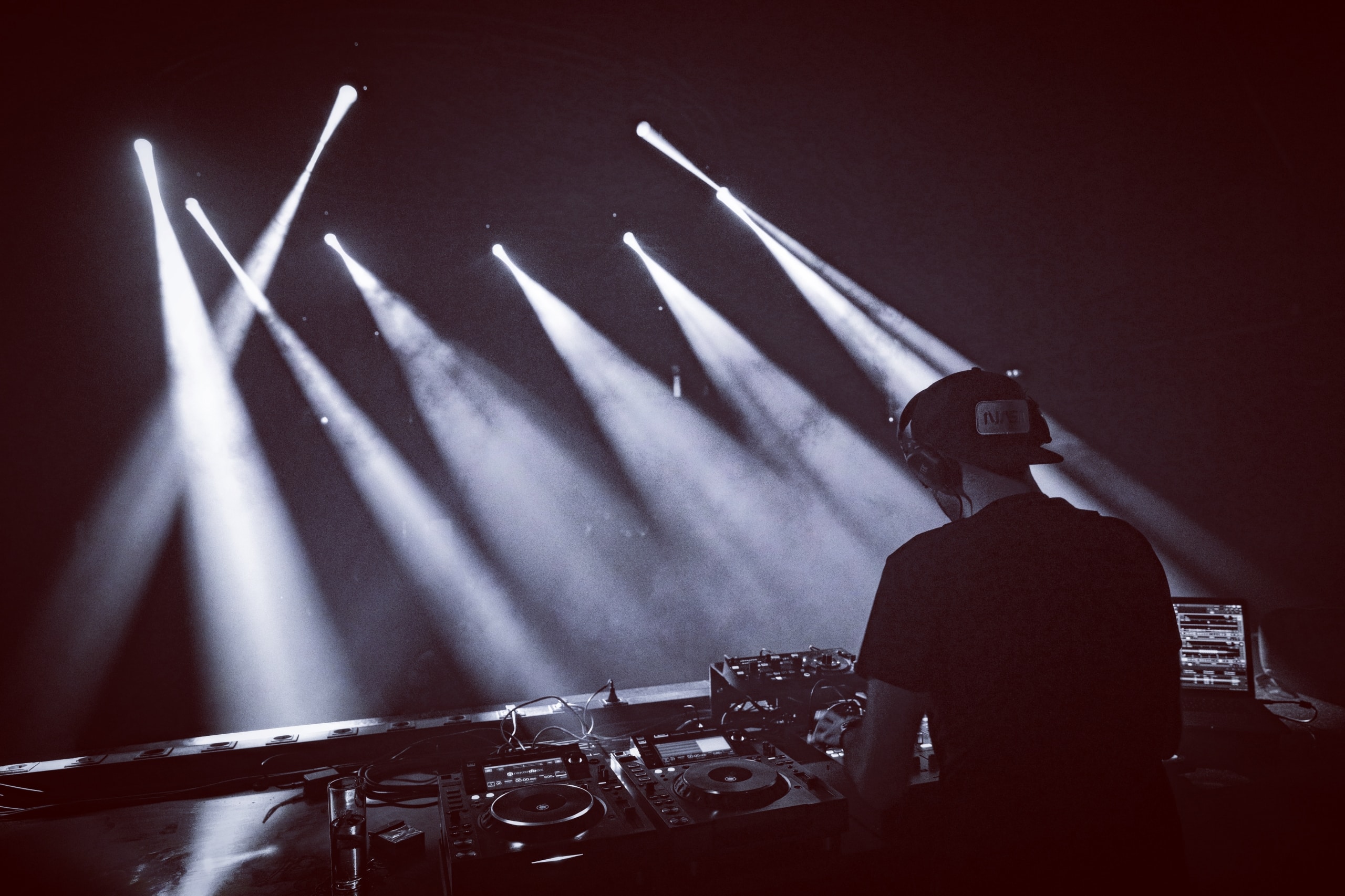 “That inhale before any note blown simultaneously holds all possible notes. That magnificent nothingness is all potentialities simultaneously held- And when you blow [into an instrument] you collapse that into one single note…”

Of course, catchy powerful melodic hooks are still a big part of the Pleasurekraft sound, but for Kaveh it still needs to have that massive impact. The melodies that “can enter the mind of another human being” and create a powerful chemical reaction manifesting itself into a physical and pleasurable response- is what Kaveh searches for.

“Music, just like language [is] an incredible compression algorithm.”

pleasurekraft · Sex and the Machine EP

However, Kaveh is not opposed to change by any means and welcomes the possibilities of evolution to the sub genre Pleasurekraft coined and helped progress. Afterall, looking back at Pleasurekraft’s past you can see a clear process which has led to the sound we know today.

“All the producers that are working on making music that’s similar in form to ‘cosmic techno’, they will collectively shift what cosmic techno is- And that’s so exciting for me because I’m in a feedback loop where I’m being influenced by others who I influenced. And the feedback loops just continue… and it’s magnificent.”

The Inspirations and Philosophies

With his philosophical and profound approach to techno, it’s no wonder that Kaveh finds a wondrous inspiration in a variety of subjects outside of just music. Subject matters like Evolution, AI, linguistics, human existence and so much more, are what excite the techno producer.

“All the things that inspire me, almost none of them are music related. Music is the byproduct.”

As with the message of his music it would appear Kaveh often observes his own (and humanity’s) place within the cosmos. Using Darwin as an important point on his views on humanity, Kaveh expresses a beauty on a science that often people find reductive of the human species.

“Everyone thought humans have this special place in existence, but Darwin comes along and says, ‘Actually we are all related’. And it’s the tree of life- we are just one of the branches.”

In a way his perspective that synergistically combines hard science and somewhat esoteric concepts, is the pinnacle of the music he creates- Expressing a unity of aggressive/intimidating elements with beautiful ones; and somehow enabling these polarizing forces to work together. 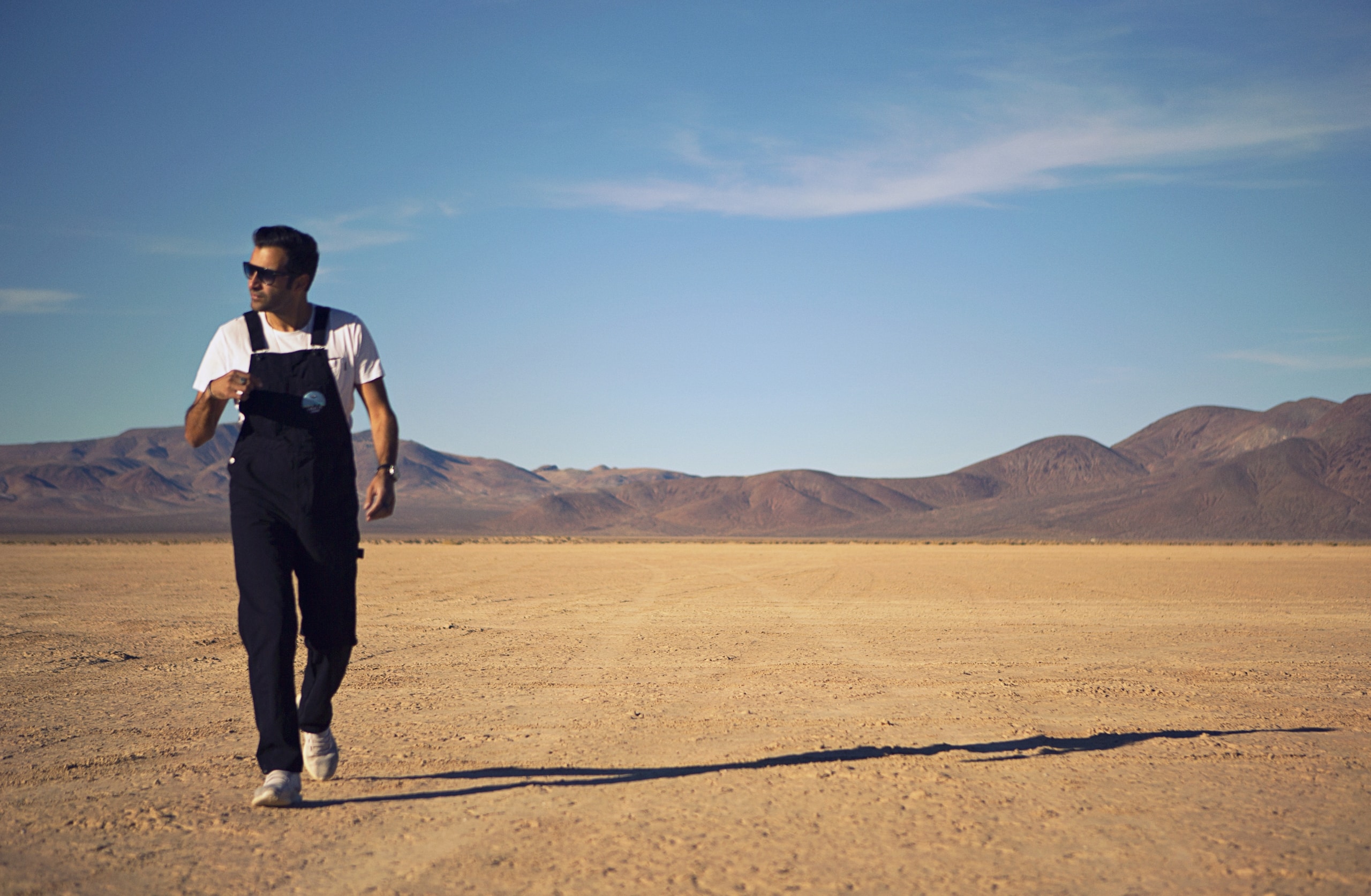 On top of his in depth thoughts on existence, Kaveh has a fascination with language, syntax, and how humanity (one of the “filaments of existence” as he puts it) has evolved to articulate itself. True to his goal of emphasizing emotional communication through his music: no words or strings of syntax are bland and no moment of expression is tedious.

But here’s the grander epiphany… If you stop yourself from passing judgment on that person and think… Isn’t it even more incredible that a process, a feedback loop of nested feedback loops, can give rise to a filament that exiles itself from everything around it to such a degree that it says ‘I’m bored’. That’s just so profound.” 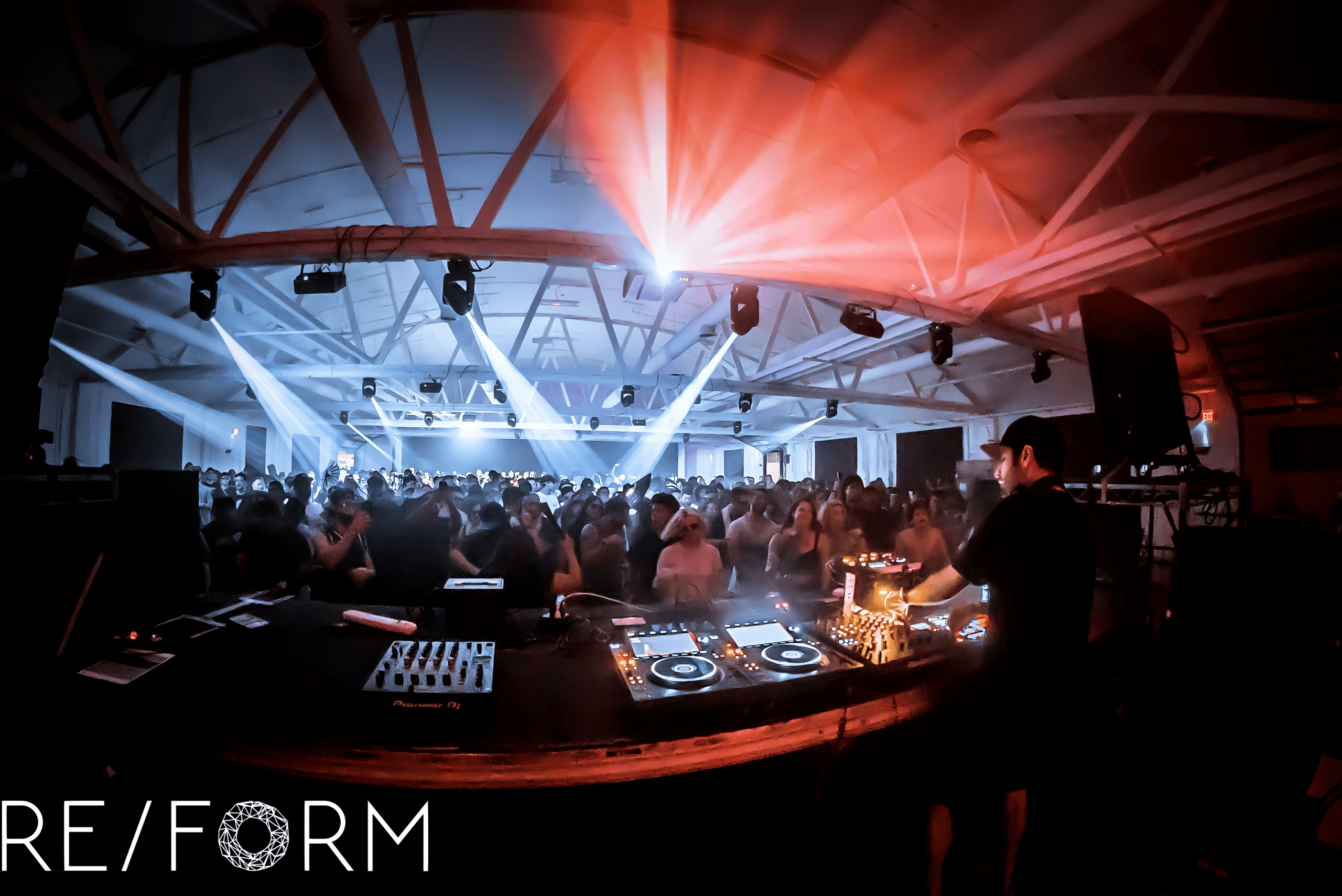 On an individual level every artist has a variety of inspirations, but some sort of inspiration from technology is almost a prerequisite for all techno producers. However, the growth and integration of artificial intelligence into society and art, most often scares artists- But to Kaveh its an exciting prospect.

“Generally speaking, we think of music as a human art form, as a human mode of expression. But we’re teaching these “life forms” rhythm and tonality, melody and then they will naturally gravitate towards parts of the possibility space that our brains just may never have thought to go… I think that kind of symbiosis with AI and humans is really interesting. But once AI just kind of goes on its own and really gets away from all the inputs that we give it, and they start creating music that’s just AI [with] no human in the loop… the possibilities are endless…”

The Exciting Possibilities Of Pleasurekraft

If you kept a close pulse on Pleasurekraft’s trajectory you’ll notice another possible evolution past the event horizon. On a prior release only a few months ago, “Umbilicis Universalis” featured an undefinable piece featuring the saxophone work of Jordan Smart. According to Kaveh many of the imperfections were kept in to give the song it’s unique characteristic and depth.

Will Pleasurekraft feature more tracks like “Umbilicis Universalis”? How will ‘cosmic techno’ keep evolving? Only time will tell, but according to Kaveh himself, you are in for a surprise.

“You know I thought about working on the next album and I want it to be shocking in a way, what the next chapter is going to be for listeners… And I really want it to be a surprise for people who think they know what it’s going to be…”

You could probably dig forever into the mind of Kaveh’s Pleasurekraft and the possibilities of Pleasurekraft’s music. There you’ll find a treasure trove of knowledge, insights, questions, and hilarious theories. From the potential possibilities of Artificial Intelligence to thought experiments of giving Plato psilocybin – like the music he helps create, Kaveh’s observations of existence, reminds us of all the profound possibilities of the cosmos.

“The universe is endlessly fascinating to me…existence is exhilarating”