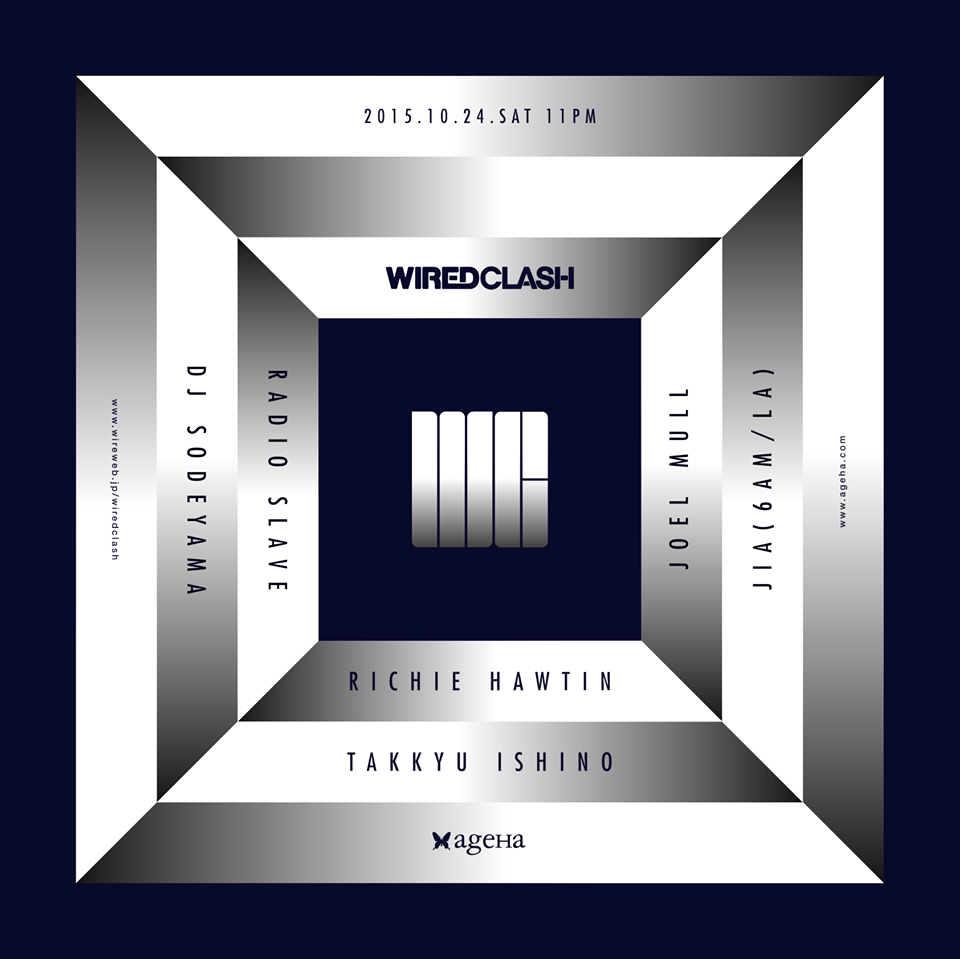 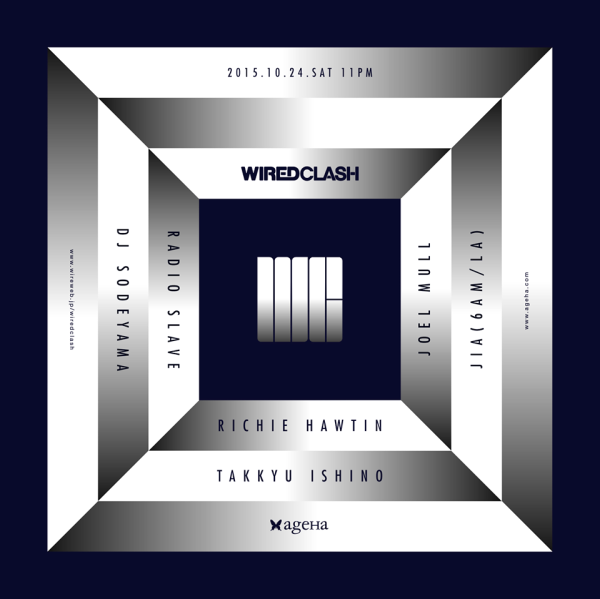 Some exciting news just hit the front steps of Tokyo’s music scene. WIRED Clash, one of Japan’s most well respected techno gatherings, is hosting another event next month at Ageha with techno icon Richie Hawtin, the man behind the ENTER concept and techno label Minus.

Alongside Richie will be local legend, Takkyu Ishino, who has hosted many WIRED Clash events in the past as one of Japan’s forefront techno pioneers . DJ Sodeyama is another rising talent rising of the country who has been making waves in recent years. Sodeyama will be making a appearance at ULTRA in Japan at the techno stage dubbed RESISTANCE.

The lineup keeps getting better from here. Also joining from abroad is Radio Slave, a producer and DJ with decades worth of experience and talent from the UK. Sweden’s shining star Joel Mull will also be making an appearance for the night. He is currently jet setting around Europe but will squeeze some time for Japan in his busy schedule. From the U.S., we have JIA of Los Angeles. JIA is the curator of Electric Island Festival (EIF) based in Guam, and is hard at work developing a electronic music scene on the island. Other than JIA, all of these DJ’s have made past appearances at WIRED Clash. This is a true testimony of Japan’s love for techno and house music. October 24th is a day to come prepared and excited. Get your dancing shoes ready.