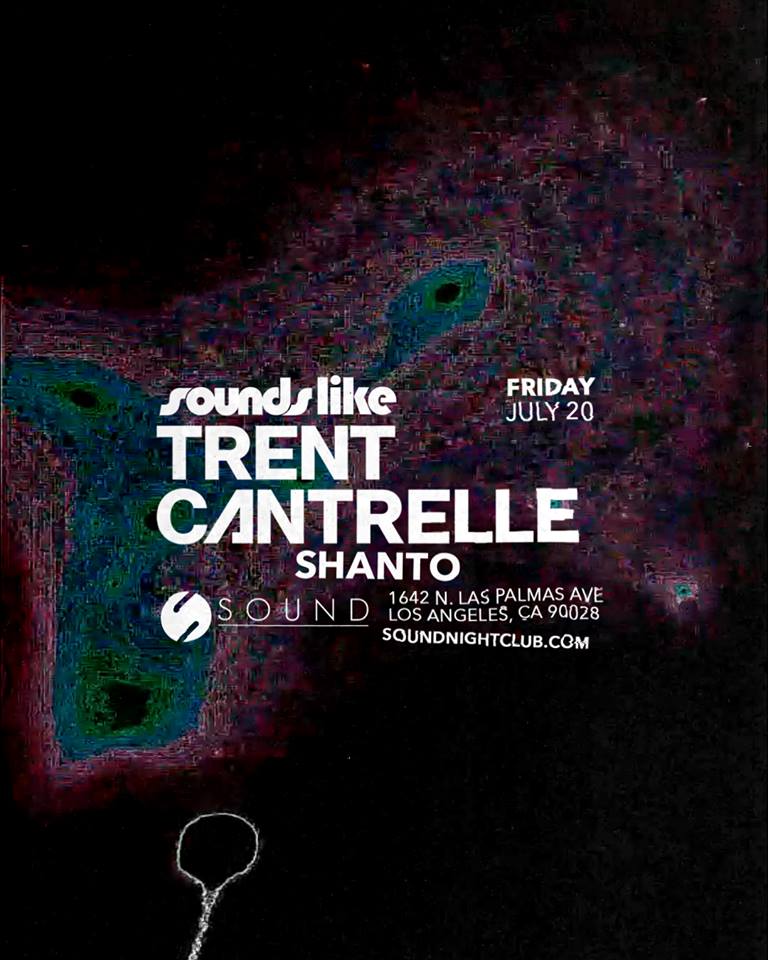 On Friday, July 20th, Trent Cantrelle brings his Sounds Like party series to Sound Nightclub in Hollywood, where he will be joined by Shanto for a night of signature techno and house.

New Orleans born DJ and Producer, Trent Cantrelle, is no stranger to the LA underground dance music scene. After 25 years in the game, Cantrelle is now known all around the world and is known for his appearances alongside Fatboy Slim, Sasha, John Digweed, Paul Oakenfold and Derrick Carter. He’s released a multitude of tracks on some of the top labels in the world, such as Nicole Moudaber’s Mood Records, Yoshitoshi, Defected, Toolroom and many more. As a constant name in Ibiza sets, he is a regular for Ritchie Hawtin, Carl Cox, Marco Carola and Adam Beyer. You can also catch Trent Cantrelle, who likes to share his 25 years of experience with his fans, on Sirius XM, Pioneer DJ Radio, and Radio FG. With his extended DJ sets and unlimited energy, Trent Cantrelle is one of a kind, so be prepared for a night of real House and Techno.

Supporting Cantrelle is DJ and Producer Shanto, who’s been in the scene since 2005 and describes his music as an operatic blend of rhythmic infatuation, harmonic consciousness, and symphonic delirium.

Tickets are available HERE, but we are also giving away a pair of tickets for the night.