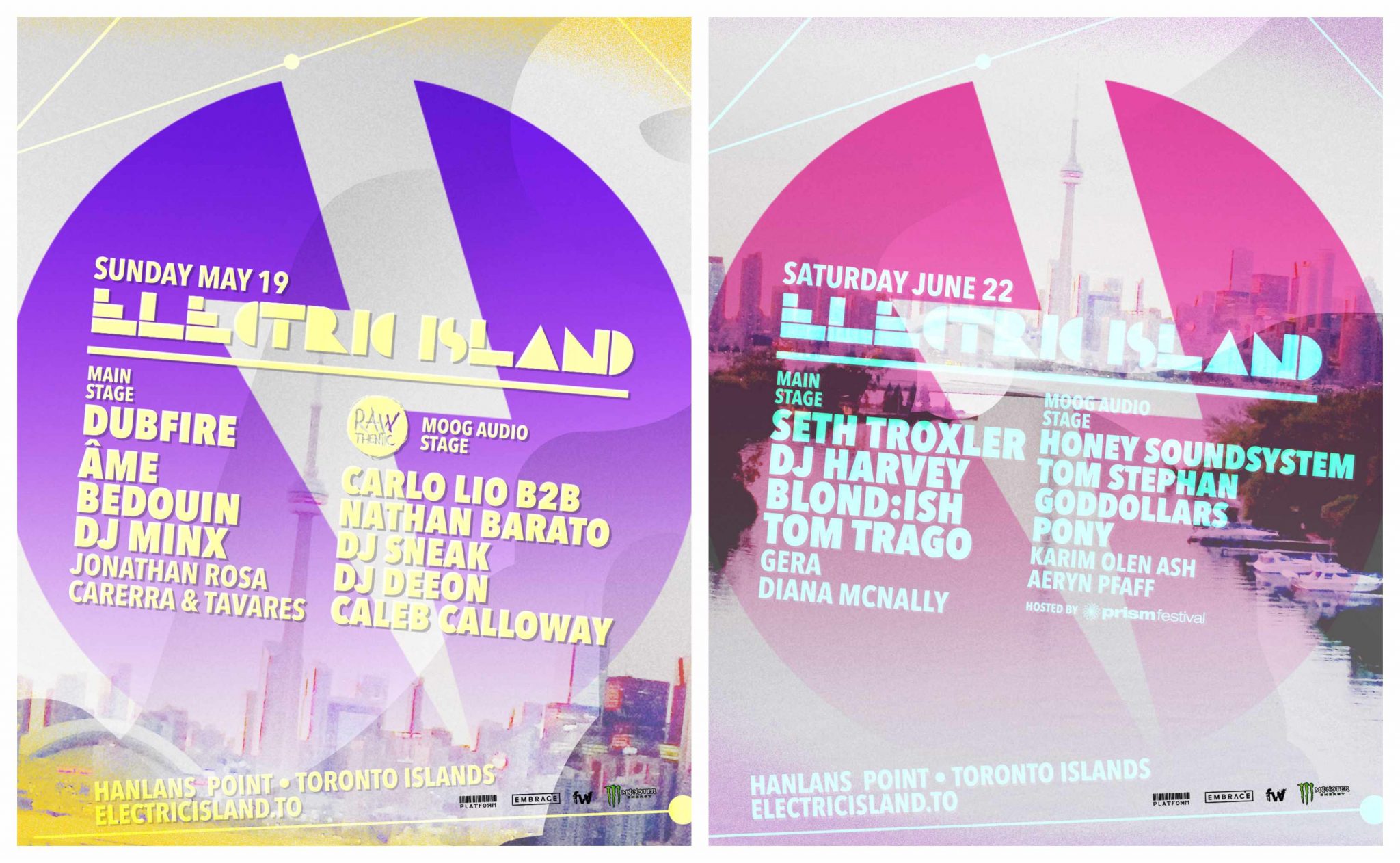 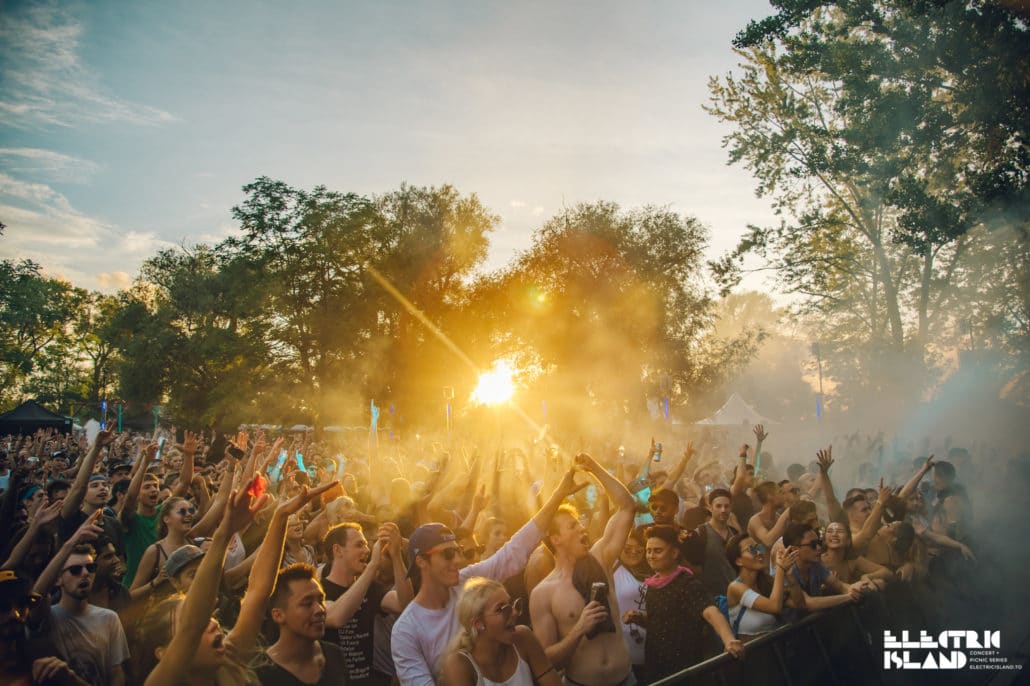 As the number one open-air concert + picnic series across Canada, Electric Island in Toronto has quickly earned its reign as the best of the best producing five events over the course of each summer, showcasing renowned international artists, taking place on the picturesque Hanlan’s Point, Toronto Islands. Stepping into its seventh season, be sure to save the dates for Sunday, May 19th, Saturday, June 22nd, Saturday, August 10th, and a two-day festival season finale on Saturday, August 31, and Sunday, September 1st. Electric Island holds a piece of magic as it represents a true summer romance, as we come together again for the love of dance music we present to you, the May 19th Season Opener lineup and the roster for the second edition for this year, to take place on June 22nd.

With spring in the air, Electric Islanders will voyage across Lake Ontario to Hanlan’s Point island, in anticipation. Once they step foot onto the island, the music from the Main Stage will permeate through the grassy walkway, leading guests to the sounds of bonafide industry veteran Dubfire, Berlin masterminds Âme[DJ Set], the burgeoning Brooklyn pair Bedouin, who have come to embody the deeper, desert-inspired music, Detroit’s ‘Women on Wax’ founder DJ Minx, and Toronto favourites Jonathan Rosa, and Carerra & Tavares. 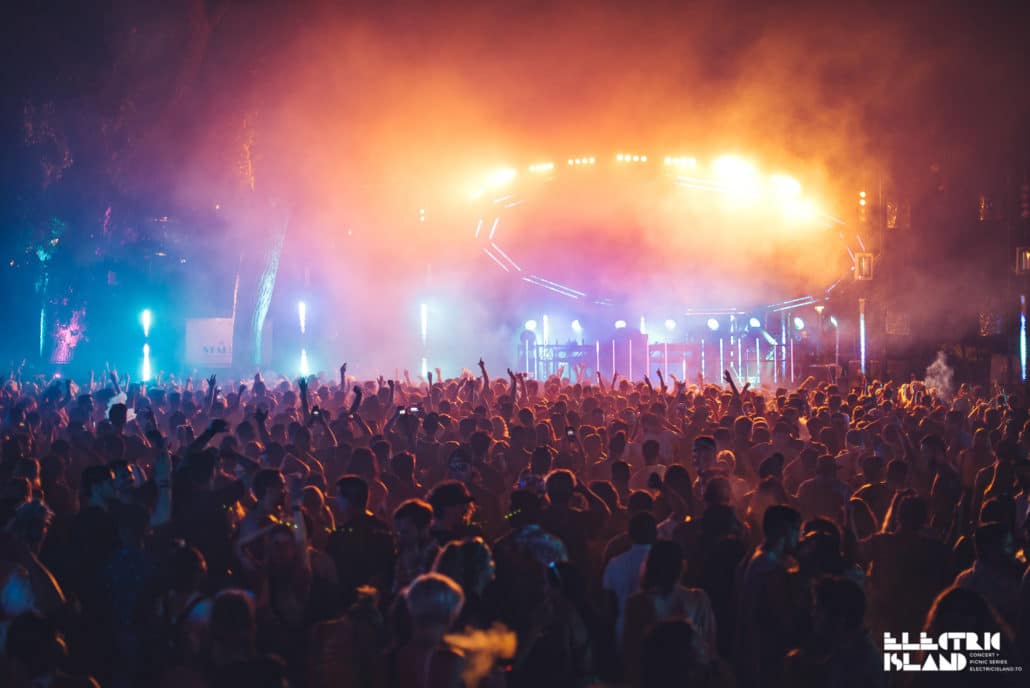 Photo by WLSN SZTO of Ded Agency – All Right Reserved ©

Then, returning to Electric Island on June 22nd on the Main stage, is eccentric world-renowned techno and house producer Seth Troxler, legendary DJ Harvey – best known for his all-night marathon sets and hedonistic disco, ‘Bye-Bye Plastic’ founder and music enthusiast Blond:ish, one of the leading lights of the Dutch electronic music scene Tom Trago, and with support from Toronto’s very own Gera and Diana McNally.

Check out the full lineup of artists scheduled to perform at this year’s Electric Island event series below. 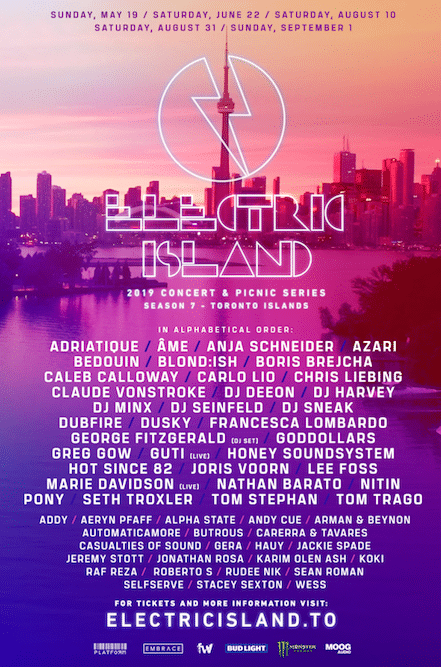 6AM and DownBeats have teamed up with Electric Island organizers to give one lucky reader 2 (two) GA passes to each of the first two Electric Island 2019 events, set to take place on May 19th and June 22nd respectively. You can enter the giveaway by clicking HERE or directly through the widget below and remember, the more entries the more chances you have of winning!