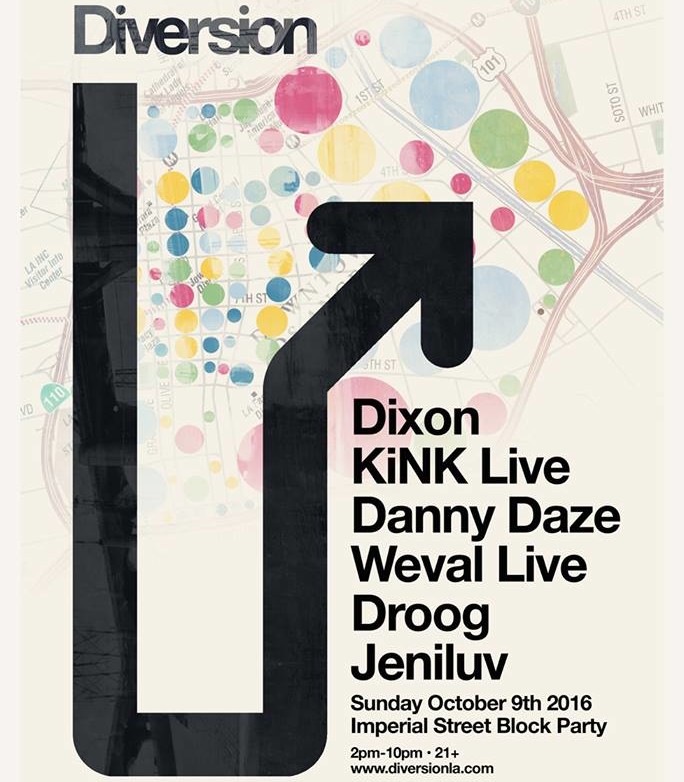 This upcoming Sunday, 9th of October, a new day party named Diversion lands in the warm streets of Los Angeles.

Presented by the curators behind Prototype LA and co-hosted by Culprit and Making Shapes, Diversion is an open-air block party in the Arts District of of the metropolis. The organizers will utilize the block of Imperial Street as well as the entire Lot 613 complex to create a unique urban space for dance music aficionados to enjoy cutting-edge talent in an outdoor setting filled with Southern Californian sunshine and fresh air.

RSVP to the Facebook event for full info. Tickets are available for purchase via Resident Advisor.

You can enter win a ticket to the 21+ event via our giveaway below. The winner will be selected and announced at noon on Thursday, October 6th.