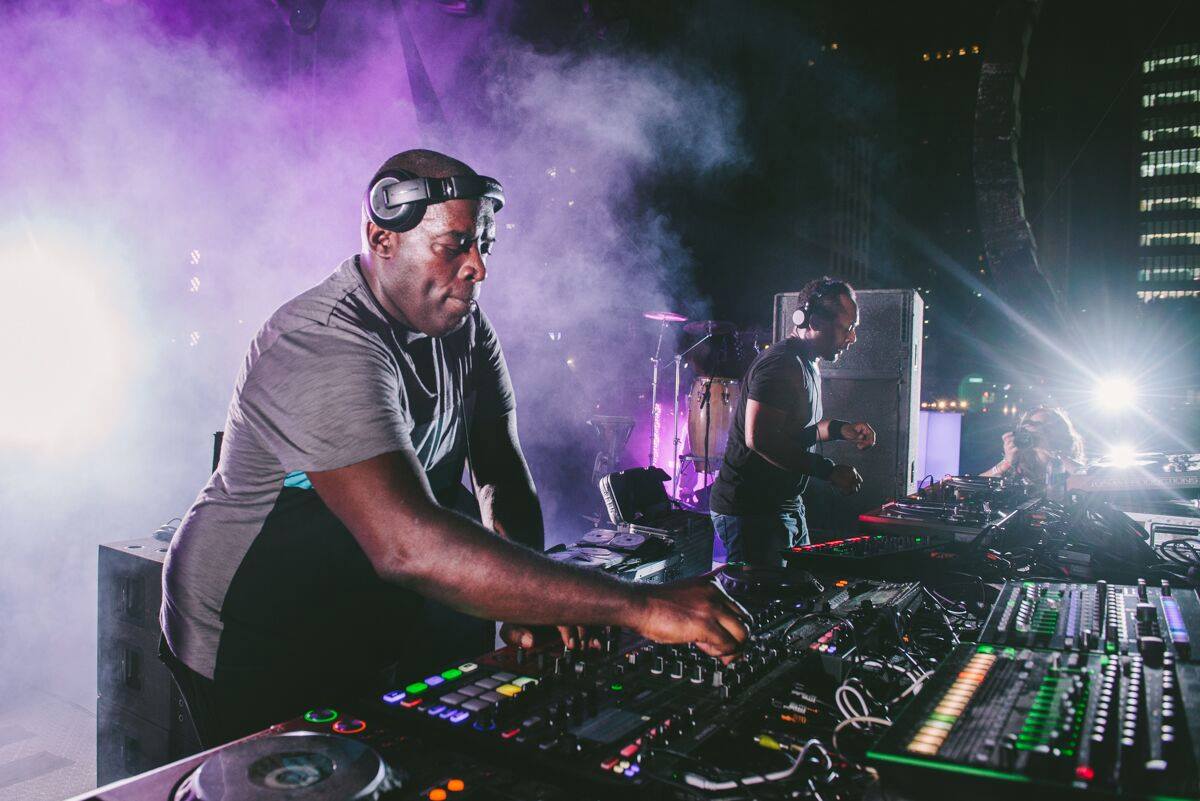 On March 31st 2018, WORK by 6AM and Synthetik Minds combine forces to present a special night in Los Angeles’ underground that celebrates not only 10 Years of 6AM, but the legacy of Detroit Techno with an Official Movement Pre-Party featuring pioneer Kevin Saunderson.

Platinum-selling recording artist, label boss, festival promoter, true innovator in the pantheon of popular music, cultural champion, cracking DJ: there’s a lot to be said about Kevin Saunderson. His influence runs deep, through both adopted hometown of Detroit, and music culture as a whole: as one of the Belleville Three, the high school trio which also includes Juan Atkins and Derrick May, he irreparably changed the face of electronic music; with Inner City, he gave it some of its most memorable tunes.

The genesis of today’s enormous techno scene can be retraced straight to Kevin, Derrick and Juan, as their formative experiments on rudimentary hardware sketched a blueprint for a genre that was yet to exist. By absorbing Kraftwerk, cutting-edge funk, local radio stalwart The Electrifying Mojo’s electicism, and all manner of new synthesizer and drum machine-led pop music, the Belleville Three broke new ground as musicians and DJs in the 80s.

Playing a 3 hour set, Kevin will be joined on stage by dela Moontribe of the Moontribe Collective, Chicago’s Maison and
6AM Residents JIA, Jonny Maven, Kryogen and Tommy De Niro. 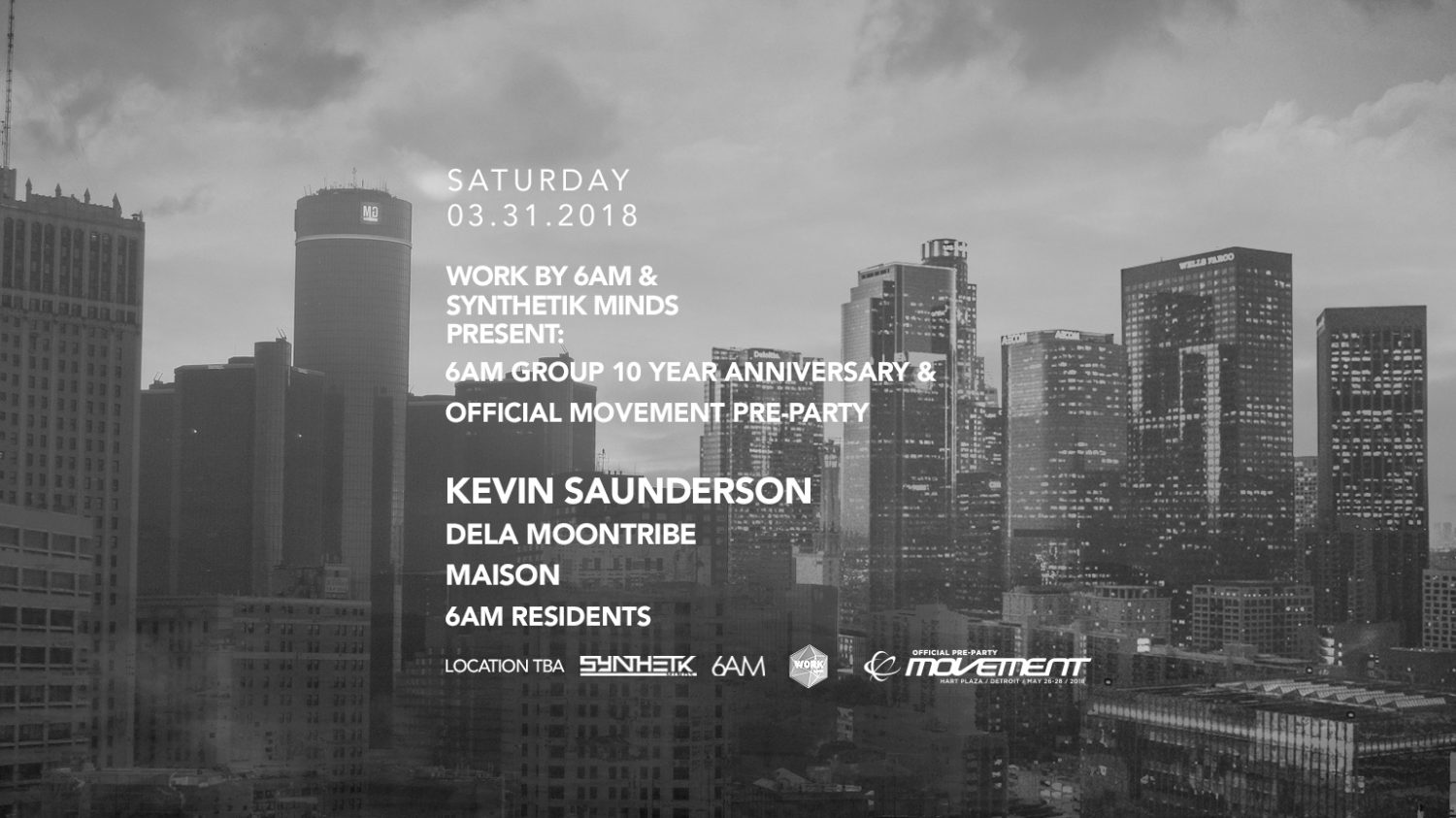 The event will take place in a secret warehouse, complete with sound by H2-Audio and custom visuals to make it the perfect blend of OG Detroit techno meets 2018 Los Angeles.

6AM is giving away a pair of GA tickets to Movement Electronic Music Festival, set to take place in Detroit’s Hart Plaza over Memorial Day Weekend. Every single person buying a pre-sale ticket to the event will be entered into the giveaway.

To purchase ask for password on the Facebook event wall (LINK HERE) – you will be given it promptly alongside a ticket link with which to secure your spot for the magical night.