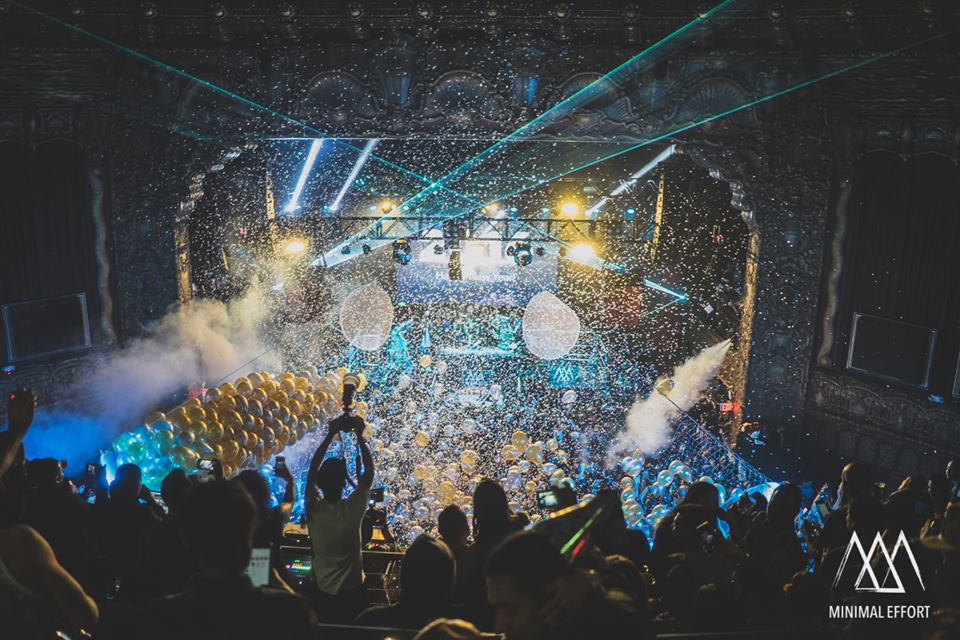 Los Angeles’ underground champion Minimal Effort has announced the lineup for its New Year’s Eve installment. Set in downtown Los Angeles, Minimal Effort will return with a finely curated billing of live and DJ talent from across the international dance music community.

Over the past 3 years, Minimal Effort has asserted itself as a forerunner in the busy Los Angeles market, cutting its teeth on forward thinking bookings with an ear turned perpetually towards the smarter and more authentic shades of electronic music. Riding on the energy of its expanded and refined Halloween event, Minimal Effort New Years Eve will see live sets from Techno greats Recondite, Stephan Bodzin, Audion, and Nicola Cruz, plus standout DJ performances from the likes of Simian Mobile Disco, &Me, Francesca Lombardo, Sacha Robotti, The Desert Hearts Crew, Amtrac, Chrome Sparks, Kastle and Human Resources, with more to be announced. While all of them will be amazing performances in their own right, we selected four you should absolutely not miss when attending Minimal Effort: NYE this year!

We have teamed up with Underrated Presents, the minds behind Minimal Effort, to give you a chance to win 2 GA tickets to this year’s New Year’s Eve affair. To enter, simply follow the instructions in the widget below. The winner will be selected and announced at noon on Thursday, December 29th.

Tickets are on sale, with first and second tier already sold out. Check out the FB event for full event information.

Connect with Minimal Effort: Tickets | Facebook | Twitter | Instagram If you found this article useful, sign up for our newsletter to learn more and to stay up to date with 6AM’s news and features on the world of electronic music.