Why St. Petersburg’s Gamma Festival Should Be On Every Techno Fan’s Bucket List 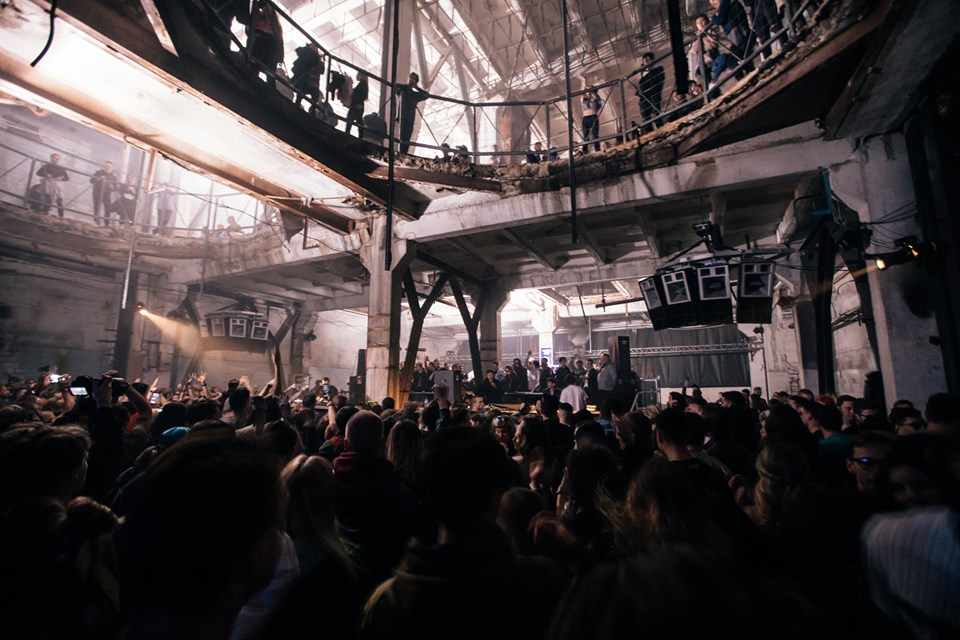 Why St. Petersburg’s Gamma Festival Should Be On Every Techno Fan’s Bucket List

I hear it and say it all the time: techno events in Europe are an entirely whole other world.

And it’s true, for the most part. From iconic Berlin and Tbilisi venues to the full-scale production of Dutch festivals, it seems that every corner of Europe hosts world-class techno events of all sizes and shapes. Yet, it is perhaps in the most unexpected city of Europe that last weekend I experienced what was possibly the most immersive and well-produced techno festival I have ever set foot in: Gamma Festival in St. Petersburg, Russia’s “Window to Europe.”

St. Petersburg was never intended to be Russian at all. Rather, it was founded to exemplify Peter the Great’s vision for Russia, which was “Western.” Built on marshland with slave labor, Peter the Great, one of Russia’s emperors, established St. Petersburg city as the new capital of Russia. St. Petersburg was built on the Neva River in Russia on the Baltic Sea and is now home of  4 and a half million inhabitants. Due to the age and beauty of St. Petersburg’s city center, which was mostly built under the architectural orders of some of Italy’s greatest architects of their time, the city has been named a World Heritage Site by the UNESCO World Heritage site committee.

It is in St. Petersburg that promoters m_division launched Gamma Festival four years ago. Now a weekend-long event featuring panels, conferences, live concerts, a fully-fledged festival and after-parties, Gamma Festival had been on my radar for a while after hearing artists the likes of Answer Code Request, DVS1, Drumcell and Shlømo personally give it the highest of praises. 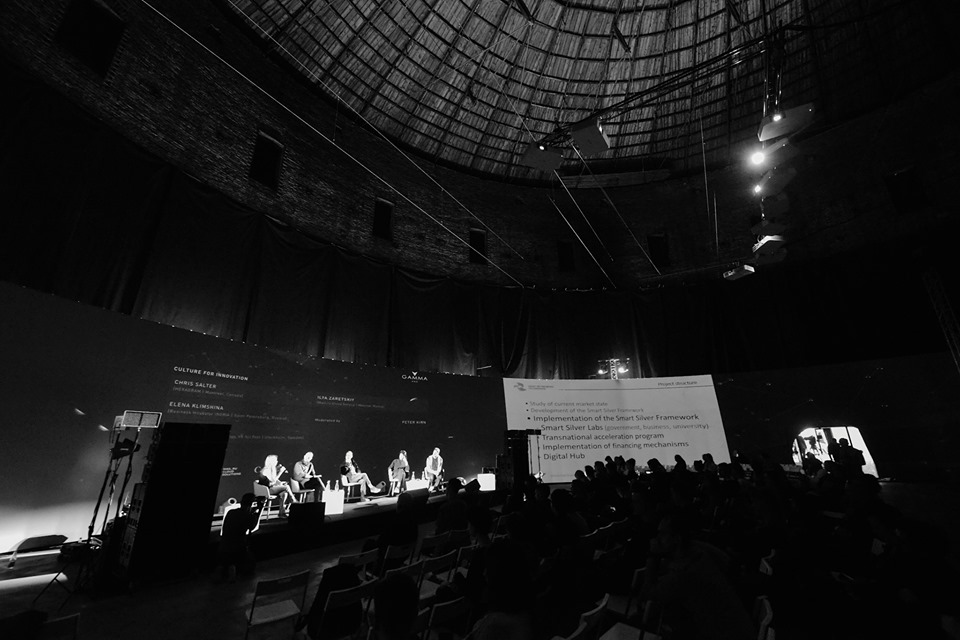 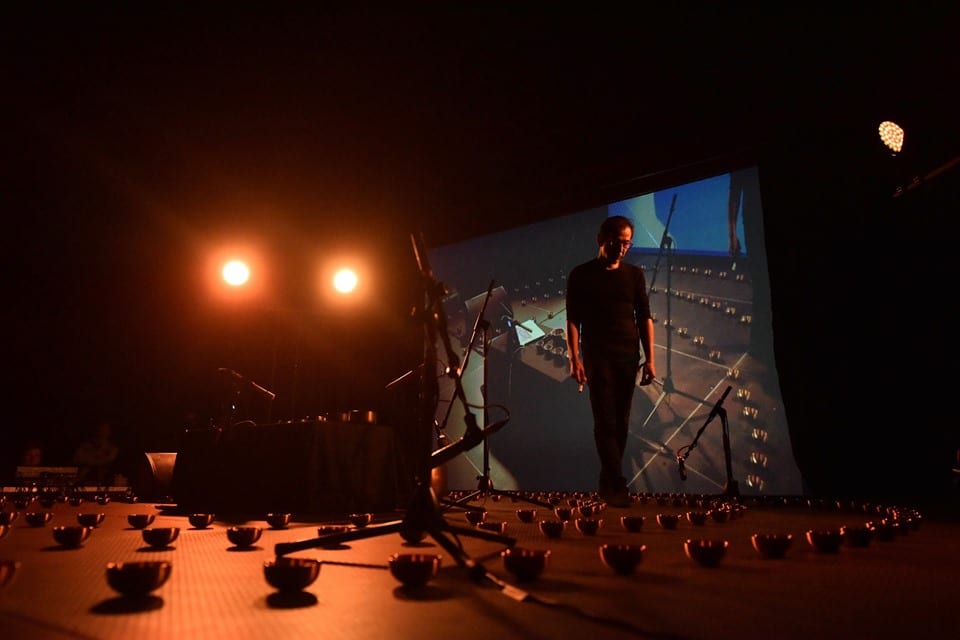 As I readied to make the trip to the former Russian capital to experience it with my own eyes, I was aware that Gamma had also received high accolades by fellow media outlets: in 2018 DJ Mag included Gamma in the top 10 best festivals in the world held in the most unusual locations, while the respectable Groove Magazine included it in the top 10 summer festivals in Europe.

I was sure that these words were not accidental, but had to experience it to truly believe it.

From the informative conference panels to the creative high-technology opening conert, Gamma impressed from day one, even before the main event and its after-party took place. Before the weekend began I was informed that the main event — which this year featured 6 distinctive stages and artists the likes of Surgeon, Oscar Mulero, Boston 168, Dax J, Samuel Kerridge and more — was going to be held at the Stepan Razin factory for the last time ever. Even before getting to experience the space I considered myself lucky and while I still do, I leave St. Petersburg saddened that I likely won’t be able to live another Gamma edition inside that beautiful other-worldly venue. 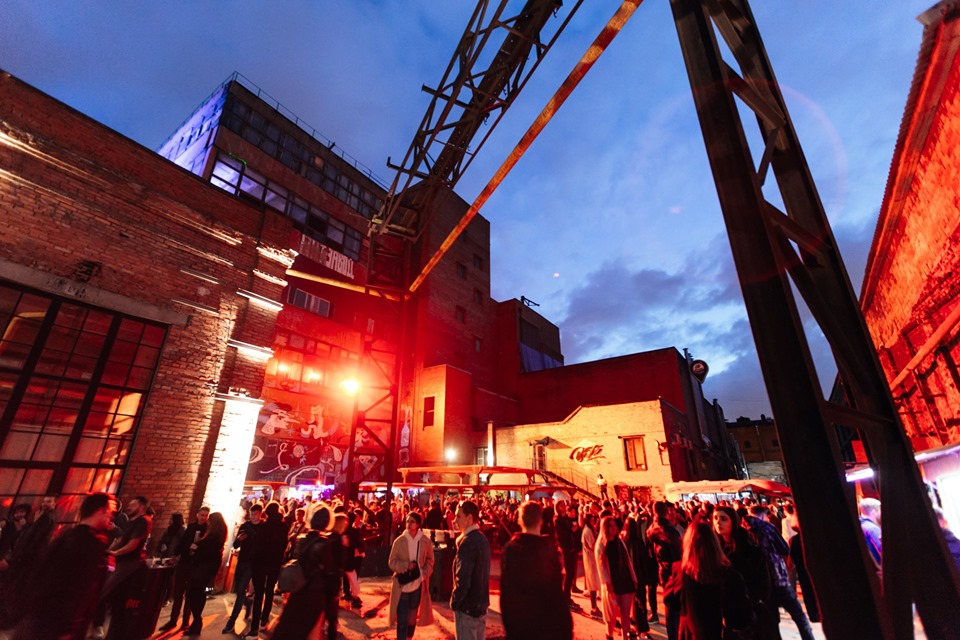 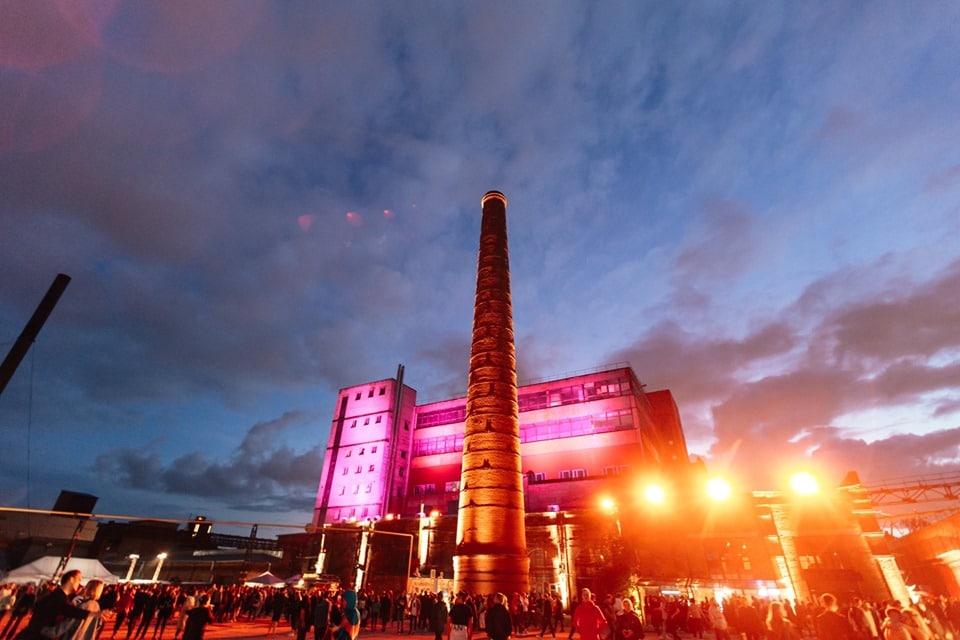 A former brewery, the Stepan Razin factory was once the biggest of its kind in Russia. Very rough around the edges and filled with never-ending staircases, narrow passages and rooms of all different sizes and shapes, it reminded me of what abandoned Chernobyl industrial buildings might look like today. I only make the comparison in the hope of aiding readers who may have been watching the hit HBO show understand the size, scope and unique feel of the venue since adjectives can hardly do it justice.

Attendees are welcomed by a large expansive outdoor space surrounded by graffiti and other cool art, as well as food trucks, bars and chill-out seating areas. Inside, the mood gets decisively dystopian, with captivating at-times-creepy art filling nooks and crannies throughout various spaces on all of its six floors.

All of the rooms are impressive, but the main floor is pure techno warehouse utopia. As I walked in I looked to my group in awe and said, “This reminds me of Berghain, but on steroids.”

Lawless, massive, and grungy, it was everything a techno venue should be… at least in my opinion. As I explored the entire venue from bottom to top, and then down again, I found myself meandering through rooms filled with drone-like ambient music and others with high-BPM slamming techno, via endless corridors and rooms to get lost in. As I made my way from room to room, and floor to floor, I began to realize how it was all the countless imperfections of the space that made the Stepan Razin Factory the perfect location for the Mad Max-like visceral journey I had embarked on. Yes, it did matter that pipes were sticking out in odd places, or that pieces of the floor and ceiling were crumbling around me, but only in the best way possible.

While the festival was meticulously organized and each space was arranged, decorated and set-up with perfect and professional care, the natural and true abandoned feel of the venue gave it that unique look that can’t be easily replicated in other venues. 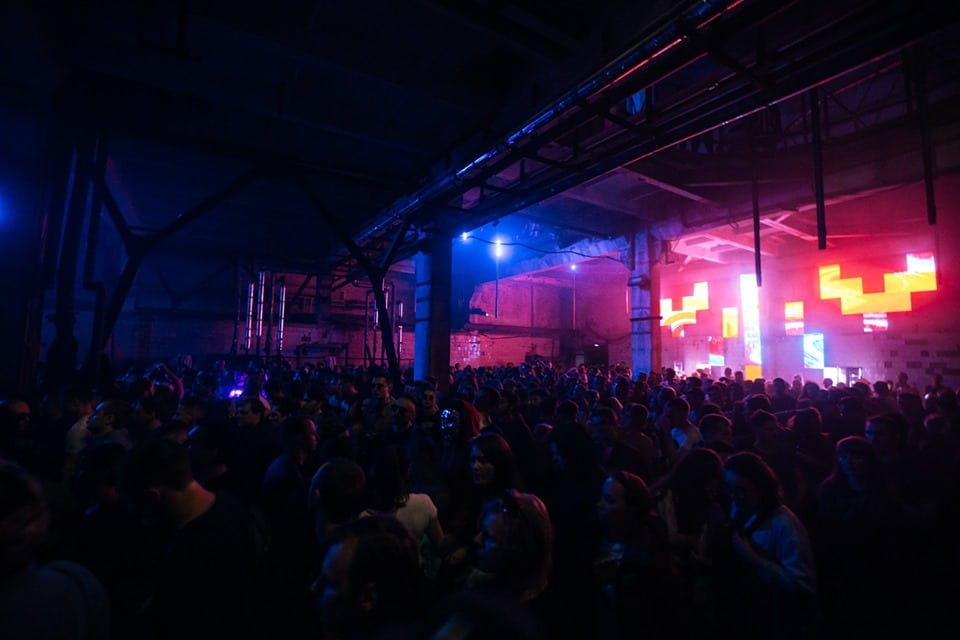 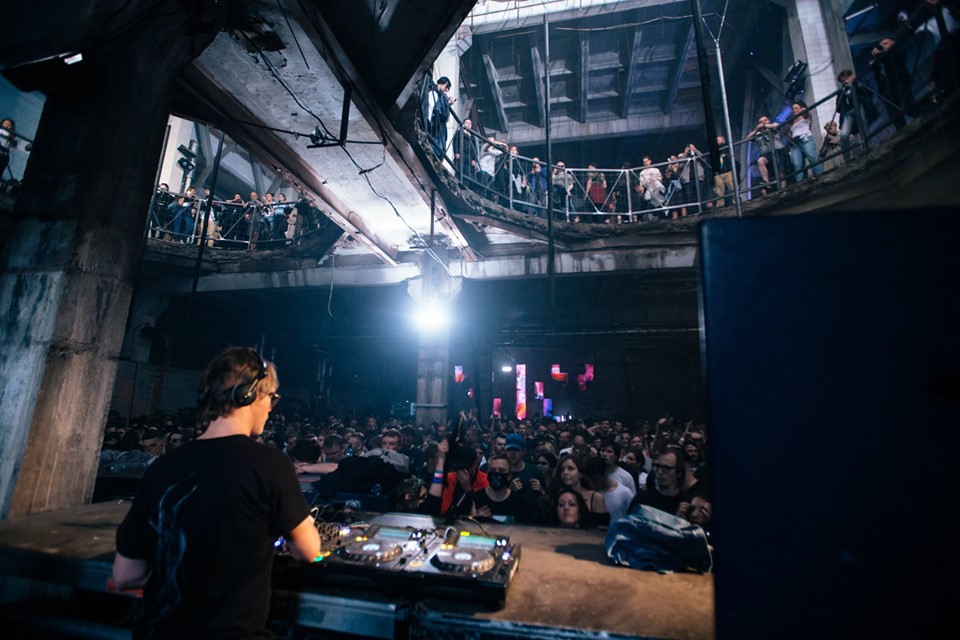 I don’t think I need to elaborate on the music I experienced too much. Most of the time I was unaware of who I was seeing perform in the “smaller’ rooms, but never did I fail to leave a space unimpressed by the sheer quality and diversity of the production at each stage, as well as the top-tier sound powered by Funktion-One which seemed to have been perfectly tuned in each room. I do have to say that catching Boston 168, Oscar Mulero, Surgeon, Dax J and Unbalance in that order, with breaks to check out other rooms in between, made for a perfect musical journey through the night.

Gamma is more than a festival, it’s an imperfectly perfect techno journey that underscores how important it is for various factors to come together to create an event with that kind of vibe. While Gamma has been around for four years now, m_divison moved to Russia’s second city from Omsk in Siberia, where they threw open-airs and parties in unusual locations. It is clear to me that the festival organizers really understand the balance of curating a real experience around artist bookings, and it’s a lesson for all promoters everywhere, myself included.

Musically, Gamma drew the dots between club and ambient music in a seamless fashion, catering to a wide array of techno and ambient music palettes. Experientially,  they hit the right notes by providing a space unlike any I have ever raved inside of, complete with just the right amount of impressive production to complement the acts performing. 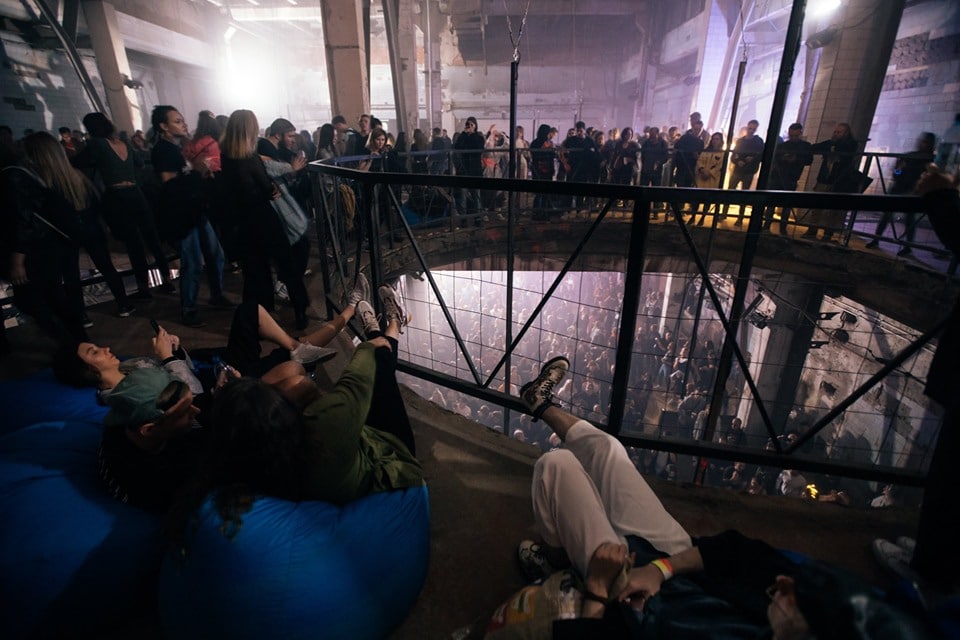 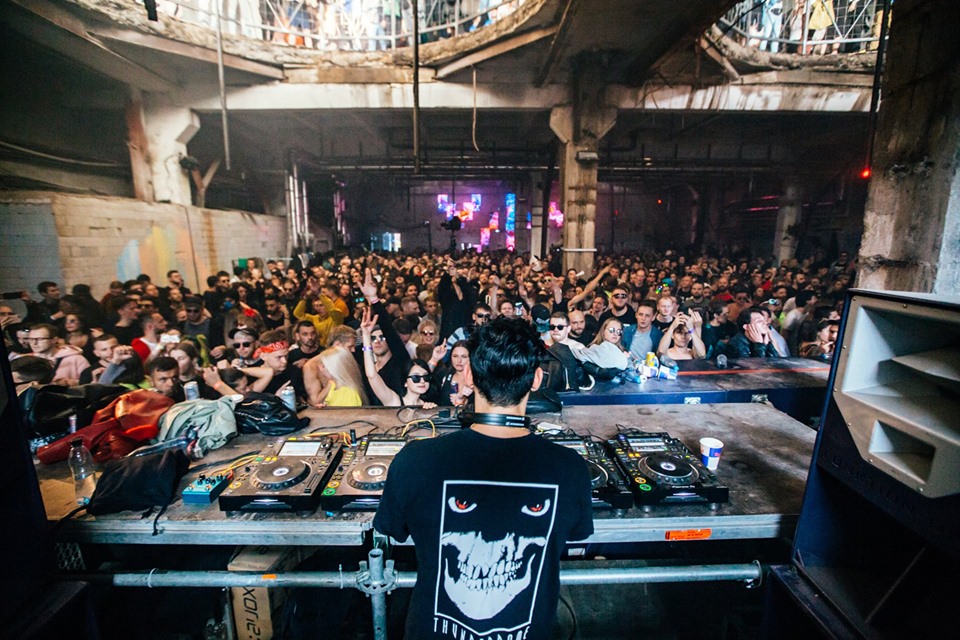 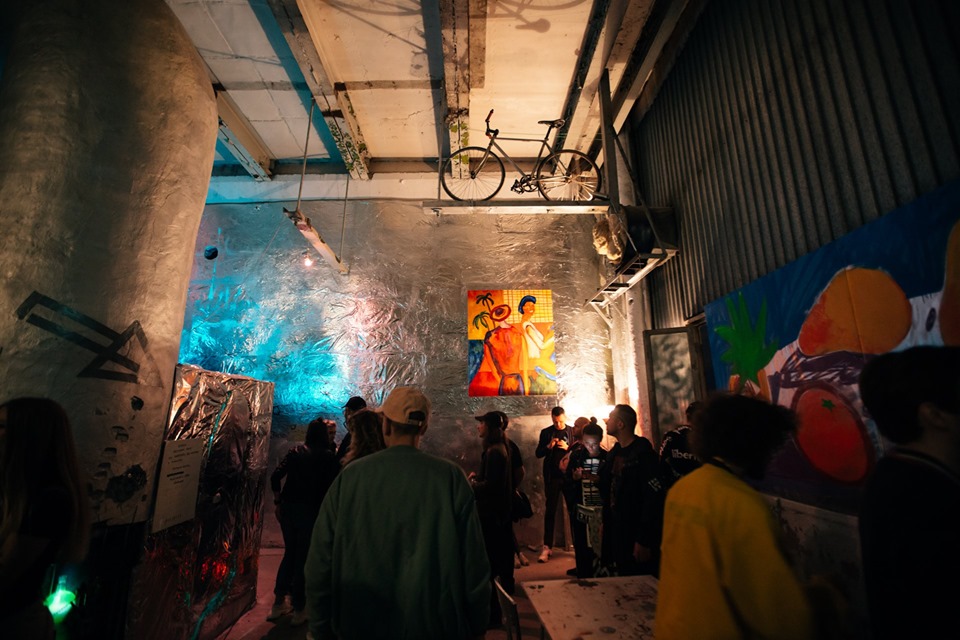 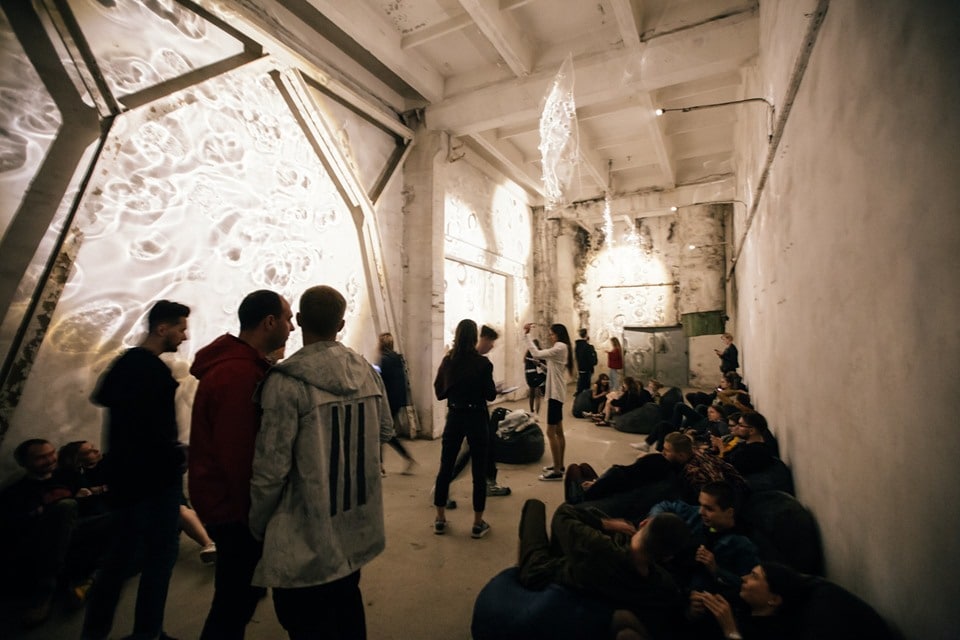 Lastly, something has to be said about the Gamma crowd. Young and eager to rave, the crowd was respectful, helpful and was a key element to the perfect vibe we experienced throughout the 12+ hour festival. Witnessing the crowd, which numbered somewhere in the several thousand with many in attendance from Moscow and other Russian cities, was refreshing and eye-opening. Techno is alive and well in Russia, and the local scene is as strong as many of the more recognized techno cities throughout Europe.

While visiting Russia may require a Visa, and the process isn’t as straightforward as I would like it to be, the cost and effort are 100% worth it when you consider the fact that Gamma’s Festival ticket itself is a steal at roughly $50-60. 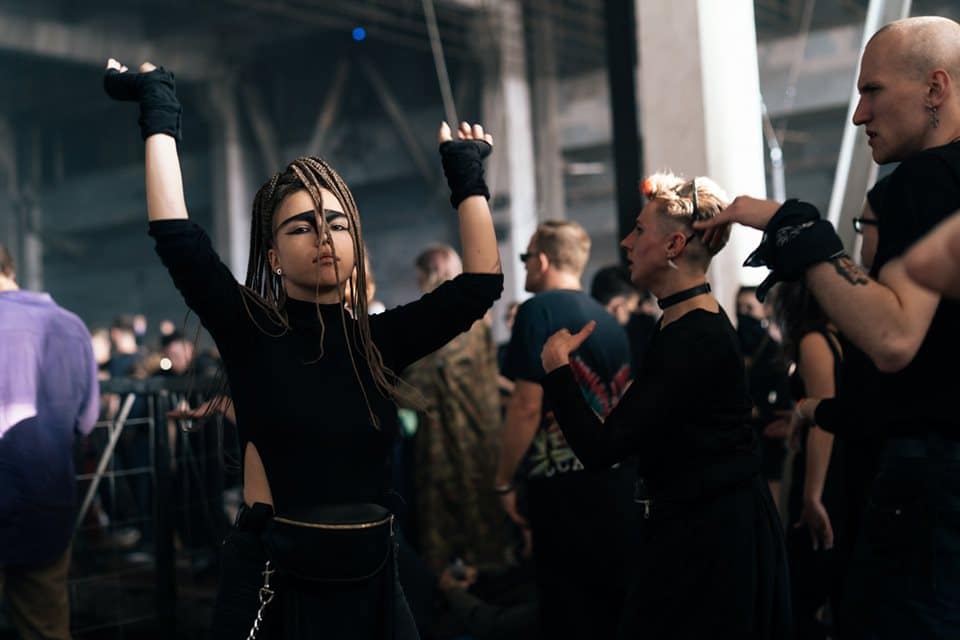 I am unsure if the Stepan Razin factory will ever host another Gamma edition, but I trust that m_divison have an ace or two up their sleeve as a replacement for future years. As I head back to LA I made a promise to myself to come back soon and I urge you to consider making the trip to St. Petersburg for Gamma if you can: not only is the city beautiful beyond words and worth visiting on its own merit, but I have absolutely zero hesitation in stating that Gamma should be on every techno fan’s bucket list.