Why Psychedelics Got Laced Into the Rave Scene 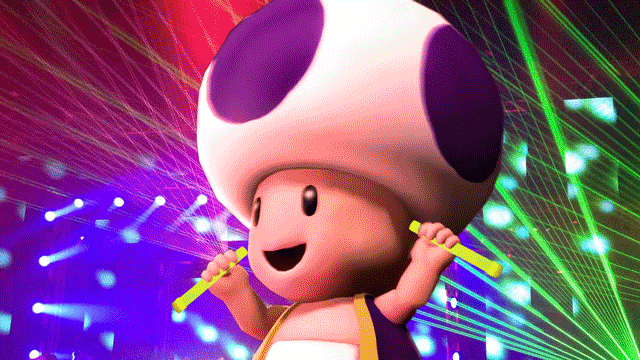 Why Psychedelics Got Laced Into the Rave Scene

Whether you’ve done them all or never tried any before- If you’ve been around a rave dancefloor, it’s likely you’ve been around people under the influence of various psychedelic compounds. Being very synonymous with the rave scene since way back to the underground days of the 90s, psychedelics play a prominent role in rave culture and dance music. Why is that? What exactly about this dynamic makes the two seemingly go hand in hand with each other? Well, let’s take a dive into the rabbit hole and find out.

In case you didn’t know, psychedelics are substances that alter your state of mind by changing your brain’s cognitive process. Psychedelics enhance your sensory perceptions, often resulting in hallucinogenic side effects. In general there are two different types of psychedelics: entheogens, and synthetics. Entheogens are compounds rooted from plants and mother nature, while synthetics are human-made drugs created in a lab. With that being said, psychedelic compounds can be found as all sorts of shapes and sizes. They can be administered via various means such as eating, drinking, smoking, snorting, or even shooting straight to the bloodstream. There are other methods I have surely neglected to mention as well, for it’s a trip just thinking about how many different ways one could potentially trip.

A Brief History of Psychedelics

Psychedelic compounds have been used for thousands of years, widely being applied in ceremonies and rituals as tools for spiritual practices. Due to their ability to alter the senses, emotional states, energy levels, thought processes, and perception, psychedelics have been sought after throughout history to evoke many religious type experiences- Because of this, psychedelics have been responsible for helping shape cultures and religions across the globe, dating way back to 4,000 B.C. via cave paintings of psilocybin mushrooms found in North Africa.

While psychedelics have been used very much for the sake of spirituality, they have also been used in many medical avenues as well. In the late 1800’s, scientists started to become psychedelic advocates as new compounds began to be discovered, along with new ways to apply them medicinally. Due to their mind-altering nature, psychedelics were starting to be used in different studies to combat various mental disorders, such as alcoholism, schizophrenia, neurosis, psychopathy, and many, many other conditions.

“…psychedelics have been responsible for helping shape cultures and religions across the globe, dating way back to 4,000 B.C. via cave paintings of psilocybin mushrooms found in North Africa.”

Psychedelics have so much potential to rewire the brain, even the United States government tried to tap into their mysterious powers. From around 1953 to about 1973, the CIA ran a top-secret project called “MK-Ultra”, focused on assessing the power of LSD and other psychedelic compounds such as MDMA and psilocybin through various clandestine experiments, many of which involved brainwashing, mind control, and other means of psychological torture.

The government concluded that the compounds at large were too “unpredictable” and “unsafe for the general public”, thus effectively banning all psychedelic drugs throughout the late 60’s and early 70’s. Because of this prohibition, very little research has been conducted on psychedelics over the last half-century, so there is still so much we really don’t know about these seemingly magic substances.

Why are Psychedelics so intertwined with Rave Culture?

If you’ve ever been to a rave before, you know just how magical a proper event can be. Between the sounds, the lights, the smiling faces, and all the other factors that make up the ambience, a dance floor has the potential to take you to other planes of existence. Many ravers claim to have religious experiences on the dancefloor, finding peace, love, and healing through the vibrations being emitted into the atmosphere.

Being a rather mystical place in general, it makes sense as to why people would want to add an extra layer of enchantment to the affair. While not needed at all to have a fulfilling time, many participants choose to take psychedelics on the dancefloor to furthermore transcend into the collective frequency being channeled at the rave. “Peace, Love, Unity and Respect” become more of a reality than just a motto when that’s all that surrounds you during a psychedelic experience.

Through this perspective, a rave becomes very comparable to the ceremonies and rituals that went down way back when, before we decided to add very loud speakers to the mix. Both events cultivate a safe setting for open-minded individuals to come together for the sake of love, healing, spirituality, and exploration of the self and of the universe. Both experiences help facilitate life-changing moments for those involved- Often resulting in participants leaving differently than when they first arrived, changed for the better.

“Peace, Love, Unity and Respect” become more of a reality than just a motto when that’s all that surrounds you during a psychedelic experience.”

The ancient practices of psychedelics had a huge focus on spiritual evolution and becoming the best you can possibly be; Not only for yourself, but for those around you as well. This is what the rave scene is all about- collective healing and acceptance of one another, all while growing into the truest, most authentic version of ourselves. Both being tools used to promote care, compassion, collectiveness and overall positive vibes, it’s no wonder there is a massive synergy between psychedelics and rave culture.

I myself have certainly tapped into this synergy along my path of self actualization. Psychedelics have aided me greatly in my journey of healing and self-discovery, and have also helped me find alignment with the things in life that truly resonate with me. One of those things is the dance floor.

Because of the underground rave scene, and specifically the techno community, I have been able to meet some of my best friends, make some of the best memories, and find myself being a part of a culture that truly feels like family. I would not be who I am, where I am today if not for this synergy.

My story of psychedelics with the rave scene and its potentially transformative synergy is just one of many in the decades of its history. Across the internet, many notable figures within the electronic dance music industry have advocated for the use of psychedelics, and accredited their use as to one of the contributing factors to their success.

Mikey Lion, a popular DJ and producer of house and techno, as well as the head of the Desert Hearts festival and label, talks about how psychedelics have played a role during his life journey in an interview with 6AM:

“A psychedelic mushroom trip in Idyllwild brought to light a lot of harsh realizations. I’d been making excuses. That experience along with the difficult trip I had was really hard to process, but I believe the universe was sending me a message. Had it not been for some deep introspection that night helped by the mushrooms, I don’t think I would have come to such conclusions about how to take back my health during the pandemic.”

In the interview, it’s also revealed that “House, Techno, Love” is more than just a branding move for Mikey. It was actually a divine message that Mikey received from his spirit guides during a DMT trip years ago before the birth of Desert Hearts. He realized his purpose was to bring people together through love and community, which he takes immense joy in doing so at his events.

Read Next: Digging Deeper: Mikey Lion, ‘For The Love,” and the Saga of Desert Hearts

There are plenty of other prominent artists in the industry who have strong connections with psychedelics as well. In fact, electronic music producer Jon Hopkins is actually curating his own immersive psychedelic experience for fans to encounter this spring. He and a cast of neuroscientists, architects, and philosophers have created a psychedelic art installation called “Dreamachine.” By combining ambient music and optical illusions to alter the senses, “Dreamachine” aims to replicate what it feels like to be tripping on a psychedelic.

Psychedelic experiences help give us a stronger connection to love. Electronic dance music and rave culture aims to bring us all closer together through the connection of love. At the end of the day, the ultimate message both entities aim to spread is love, and that’s why psychedelics are so intertwined in rave culture. It’s all love.