Why Defining Your Genre Matters 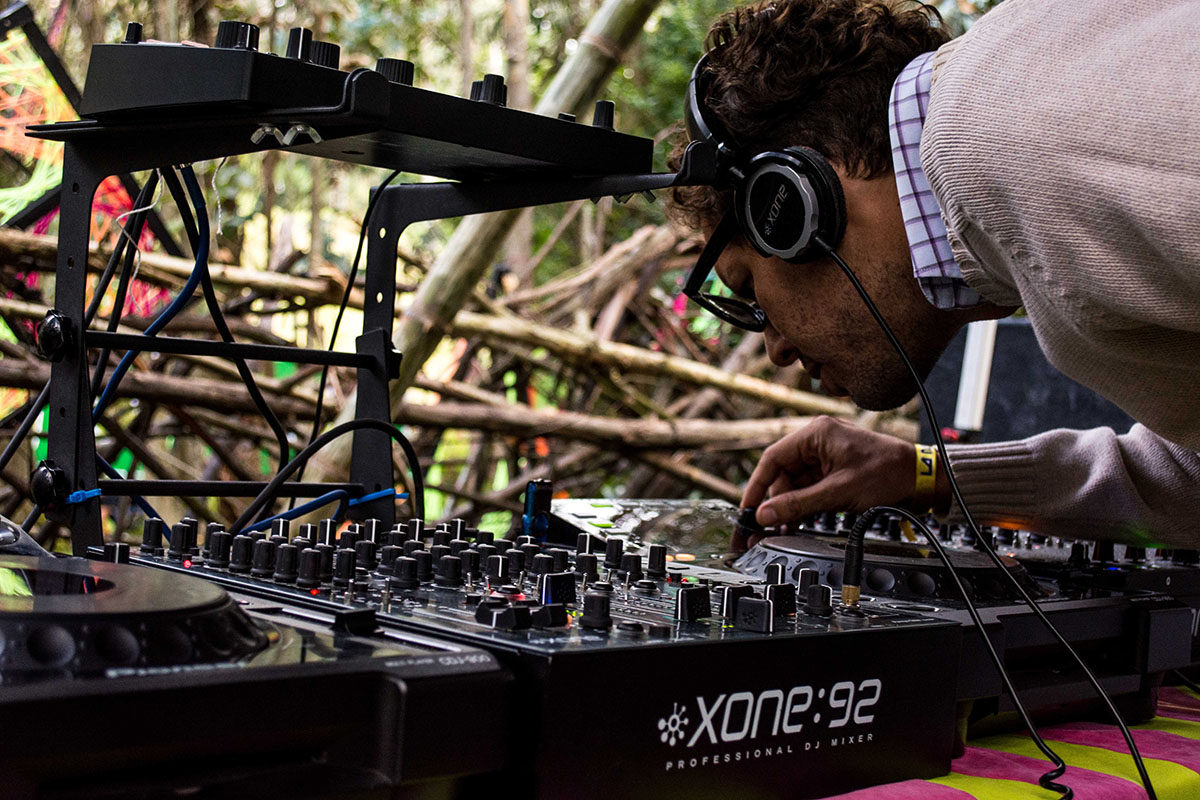 Why Defining Your Genre Matters

In this day and age, we all want to be classified as unique: we all want to sound like nothing and nobody else, something that nobody has ever heard before. Unfortunately, that is proving to be increasingly more difficult. While we can easily place our music into a specific category, with Beatport recently releasing the Afro House and the Melodic and Leftfield House & Techno categories, there now exist more genres of electronic music than ever before.

Many may argue that music is music and shouldn’t be categorized or defined into one genre but then the same argument poses true to all electronic music being classified as EDM. Although EDM may stand for Electronic Dance Music, we all know that the acronym EDM no longer defines all Electronic Dance Music. If one was to walk into a record store and ask for EDM and then the clerk handed them an Acid House record, they would most likely not be satisfied with that selection. 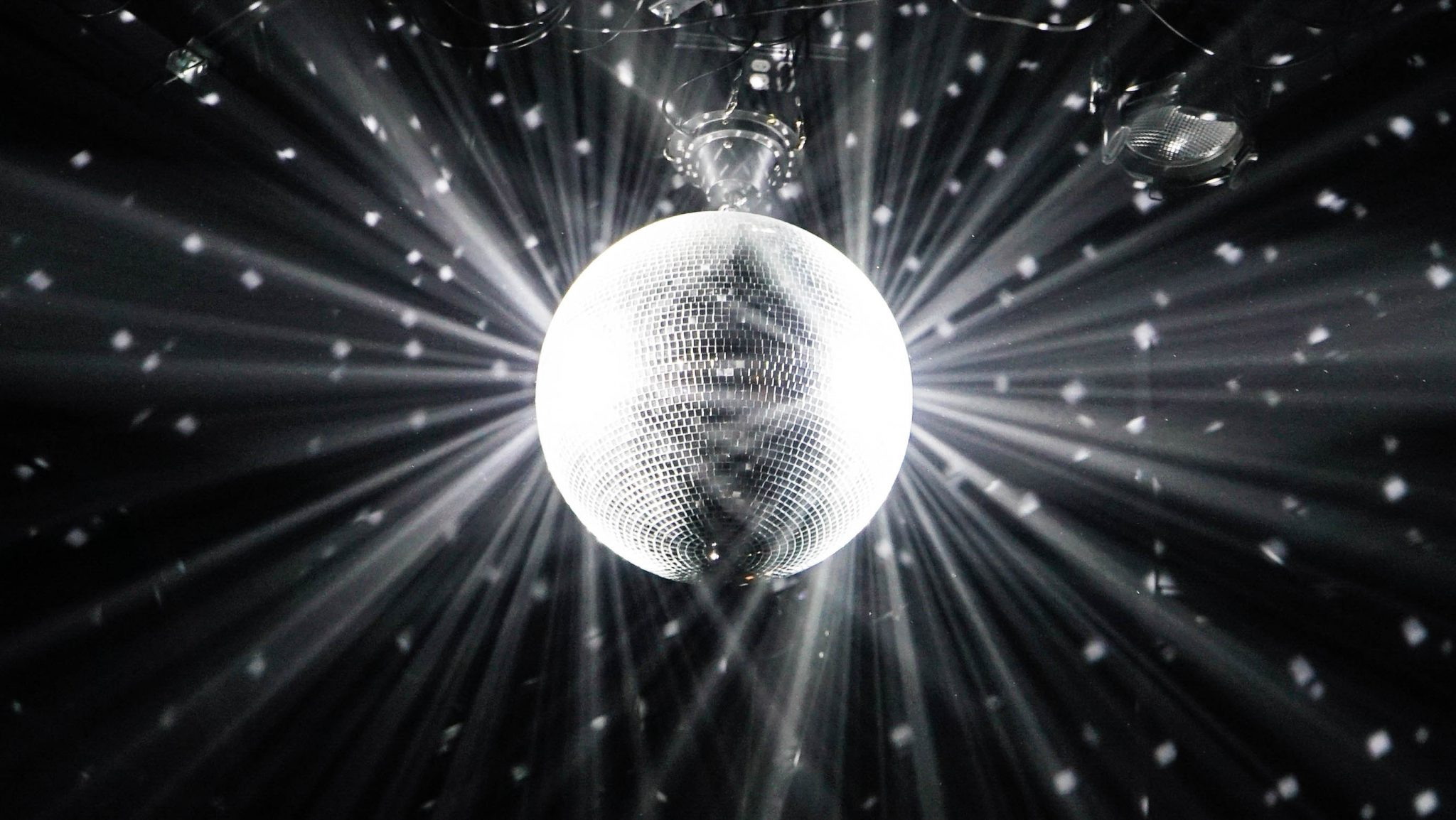 As more artists and labels emerge, more styles of music emerged and therefore more genres also. The term “disco” first came about in 1953 when Regine Zylberberg installed a dance floor with colored lights and two turntables so that she could play records without a gap in the music. The word derives from the French word “discotheque” which means “a place for discs”. Swing and Jazz were originally played in these discotheques and later evolved into sub-genres of Rhythm and Blues in the 1940s, Soul Music in the late 1950s and 60s, funk in the mid-1960s, and go-go in the mid-1960s and 70s. Sub-genres then emerged from these genres, such as New York and Philadelphia Soul and Psychedelic Soul eventually translating into what we now consider as disco music.

Tom Moulton helped shape the “disco sound” by extending the mix and remixing records from a 3 minute 45 rpm single to a 12” record. David Mancuso, Nicky Siano, and Frankie Knuckles then went on to further develop this sound which eventually became House Music which was taken from the word Warehouse, the nightclub that Frankie Knuckles would frequently play as a resident at in Chicago. Next came electro, which was an up-tempo offshoot of New York’s hip-hop scene. Electro was created by Afrika Bambaata by combining two different songs by Kraftwerk.

Then it was the turn of Techno to emerge in Detroit. Techno was a medium between the styles of New York and Chicago and named after “techno rebels” which Juan Atkins took from Alvin Toffler’s novel, “The Third Wave”. Techno contained melancholic undertones that encapsulated the industrial decline in inner cities of America. Shortly after, “Techno” became the dominant term to describe all electronically produced dance music, despite sounding far different than House, Disco or Electro. In fact, even today it’s not uncommon to hear people falsely categorizing any kind of electronic music as Techno.

In the early ’90s, dance music was starting to be called “rave music,” referring to the all-night parties that would take place in the UK at the time. Trance was a mix of Techno along with the melodic sounds of Giorgio Moroder and Vangelis that emerged in the ’80s and early ’90s, but there is no denying that Trance itself is now filled with multiple sub-genres that are well and distinct from one another. Drum and Bass came forth as a mixture of rapid-tempo breakbeats and Afro-Carribean influenced sounds along with big beat, from which UK garage and later Dubstep emerged.

In the U.S., many referred to this sound as “Electronica,” a genre hotly tipped to be the next big thing in America in 1999, later falling short to Hip-Hop and Country Music. The 2000s saw the coining of new terms and sub-genres such as electroclash, micro-house, disco-punk, and blog house, as well as the bastardization of UK Dubstep into a sound that later became widely known as “brostep,” largely thanks to acts such as Skrillex bringing the sound into the mainstream. The 2000s saw the beginning of the EDM era, originally a term used to indicate to all electronic dance music but since used to refer to Mainstage/Big Room sounds courtesy of acts such as David Guetta, Swedish House Mafia, Hardwell and Martin Garrix. 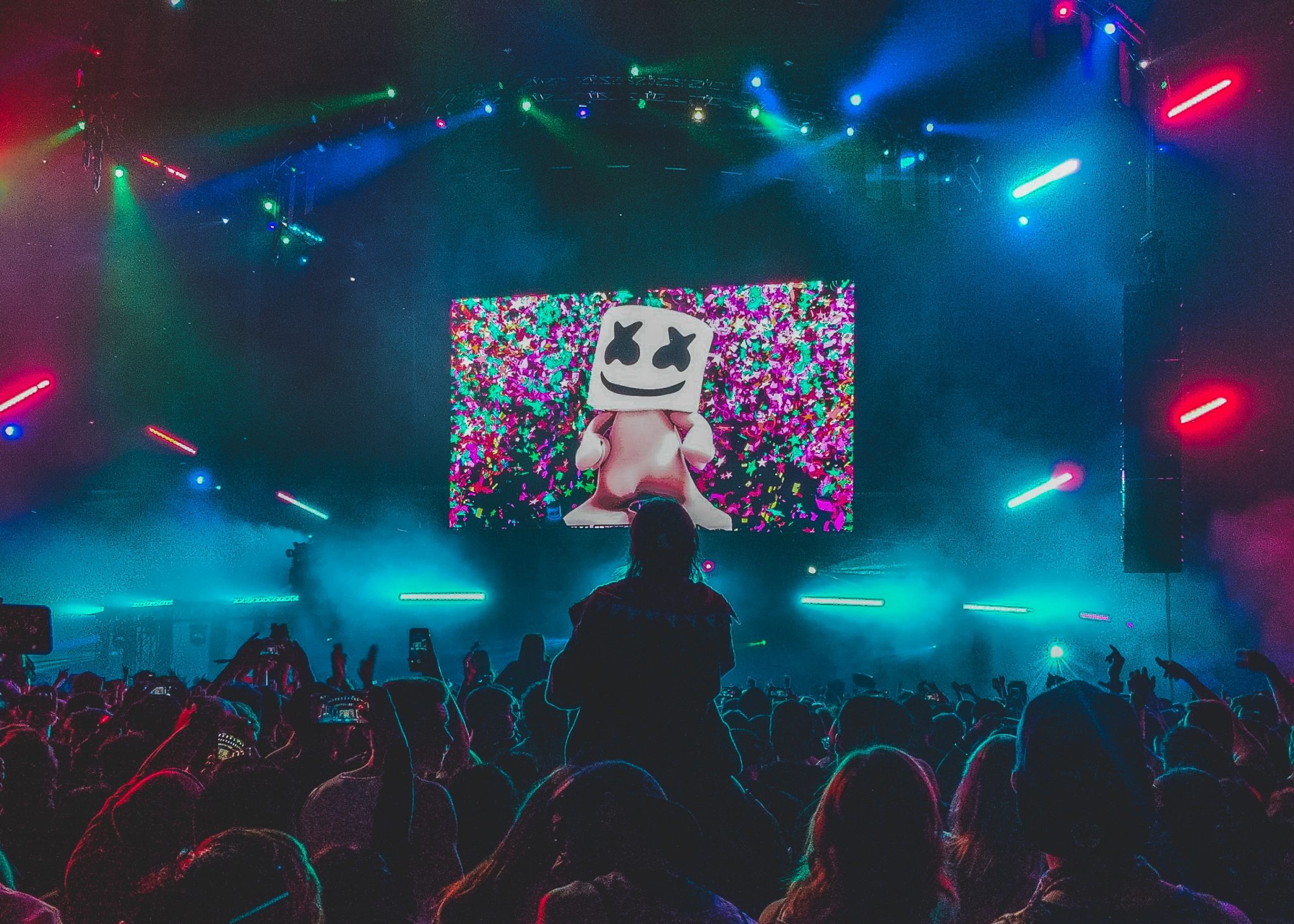 Simply put, EDM is now a term used to discuss the most pop-friendly sounds of electronic music. This can be identified as shrill melodic synths and over-the-top vocals along with dreamy sonic lulls and blistering builds. Unfortunately, EDM isn’t always solely used to categorize this very specific type of dance music, as the “uninitiated” or those newer to the scene still use it to classify all genres of dance music. This is said to be a result of the necessity to be able to activate large scale dance music festivals in the U.S. However, putting all genres of dance music under one umbrella can have detrimental effects.

When it is all said and done, not all dance music is meant for a mainstream audience and shouldn’t be categorized as such. Genres exist for a reason and not everyone who likes disco is going to like techno and not everyone who likes techno is going to like progressive house. Furthermore, correct labelling helps people discover new music, making searching for sounds one enjoys much easier! Saying that all dance music sounds the same is almost the same as saying all food tastes the same. Although some food may taste similar, no two foods are identical, and just as some artists or song may sound similar, no two artists or songs are identical.

Not only does dance music of today have a multitude of genres and sub-genres, but many of the genres that are often misclassified together aren’t even remotely similar. For example, neither Hardcore nor Gabber is Techno. While both Downtempo and House can reach BPMs of around 120, the vast majority of both sound nothing like the other. Similarly, Techno can range from 120 to 160 BPMs, a range in which we can also find Trance, Dubstep, Jungle, Breakbeat, and even Hardstyle, despite all of these sounding very different from one another.

If you look up Electronic Dance Music in Wikipedia you will come across at least 25 different classifications for electronic music. This not only includes the aforementioned genres but also Dub, Electroacoustic Music, Electronic Rock, Ethnic Electronica, Hi-NRG, Hip-Hop, Industrial, IDM, Post-Disco, and even Video Game Music. House music is said to have over 30 variations alone, while Electro can be broken down even further into Big Room, Complextro, Dutch House, and Fidget House. Techno also has numerous variations and sub-genres that can include Acid Techno, Detroit Techno, Dub Techno, Industrial Techno, Minimal Techno, and Sheffield Bleep while Trance has over 10 variations with multiple sub-genres as well.

Those who listen to electronic dance music have always wanted to be known as the outliers. Each of us wants to be individualistic and have a unique and eclectic style and today more than ever, it’s extremely important to differentiate ourselves from the mainstream. Although the vast majority of those who grew up listening to electronic music will not mistakenly refer to Techno as EDM, Techno is now becoming loosely defined as well as the genre finds itself growing in popularity back in the country where it was founded: the United States. 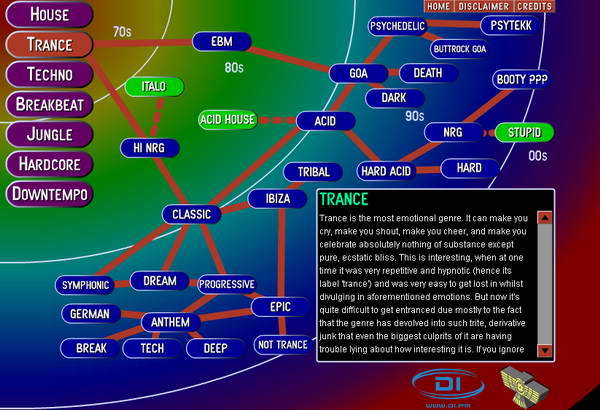 People’s tastes differ tremendously and not everyone who likes Techno or House likes all types of Techno and House, especially as they spend more and more time digging through each genre. Therefore, labeling your music correctly not only makes it much easier to market your art to a specific audience, but it also makes it much easier for those looking for a specific type of House and Techno to come across your page. With so many genres of electronic music in existence, you want to make sure you are easily discovered and found by those looking for a specific type of music.

With more genres existing than ever before and a constant stream of music, content, and events being pushed through social media every day, it is more important than ever before to appropriately tag, index, and categorize one’s music and events. Just as craft beer enthusiasts are looking to discover the next greatest IPA or Stout, techno and house music enthusiasts are looking to discover the next best industrial techno artist or acid house track.

All social media and music platforms offer suggestions based on how you tag, organize, and categorize your music and events. If you simply categorize your music or event as House or Techno, then you’ll end up being suggested amongst a giant pool of artists, labels, and events that sound nothing like you. Ii you categorize your music as Acid House or Detroit Techno, then you’ll be suggested amongst those that are also in those respective genres. The more specific you are, including the use of various tags as needed, the more relative the suggestions will be and the better chance you will have of being discovered by new fans.

This can also prove beneficial for attracting a specific audience to your event. If someone happens to be simply scrolling through suggested events on Facebook or Resident Advisor, they might scroll past numerous events categorized as House or Techno before a more narrow-tagged event catches their eye.

Truth be told, listeners of the more underground sounds within House and Techno tend to gravitate to the more nuanced sub-genres of each, digging deeper and deeper to satisfy their craving for new sounds. If your productions and set fall under these sub-genres, it is to your benefit to make your music and events easily searchable and discoverable by the audience that is actually searching for them. The broader the category, the more difficult it is for people to find.

Furthermore, having a well-defined genre helps tremendously when you are pitching your music or event to labels, promoters, media outlets and music blogs. If you pay attention to what they are posting, releasing or showcasing, then you will know whether your music fits their needs, enabling you to approach consequently. In turn, this gives you a better chance in achieving the result you want, be it a label signing, a gig, or an article feature

Whether it’s a positive thing or not, discotheques are no longer what they were in the ’50s, ’60s, or ’70s. The spectrum of our scene has changed, and the days when only 5-10 genres existed on any given night and everyone danced together under one roof to the same few DJs are long gone. This is why knowing and recognizing the importance of genre labeling is, in my opinion, vital. No matter your role in the electronic music industry, letting the world know what specific genres of music you work with is imperative. It helps save time for those browsing through numerous tracks and events and it helps you grow a dedicated following. For further assistance with growing your following, creating a well-defined brand, and for a free consultation please reach out to info@6amgroup.com.