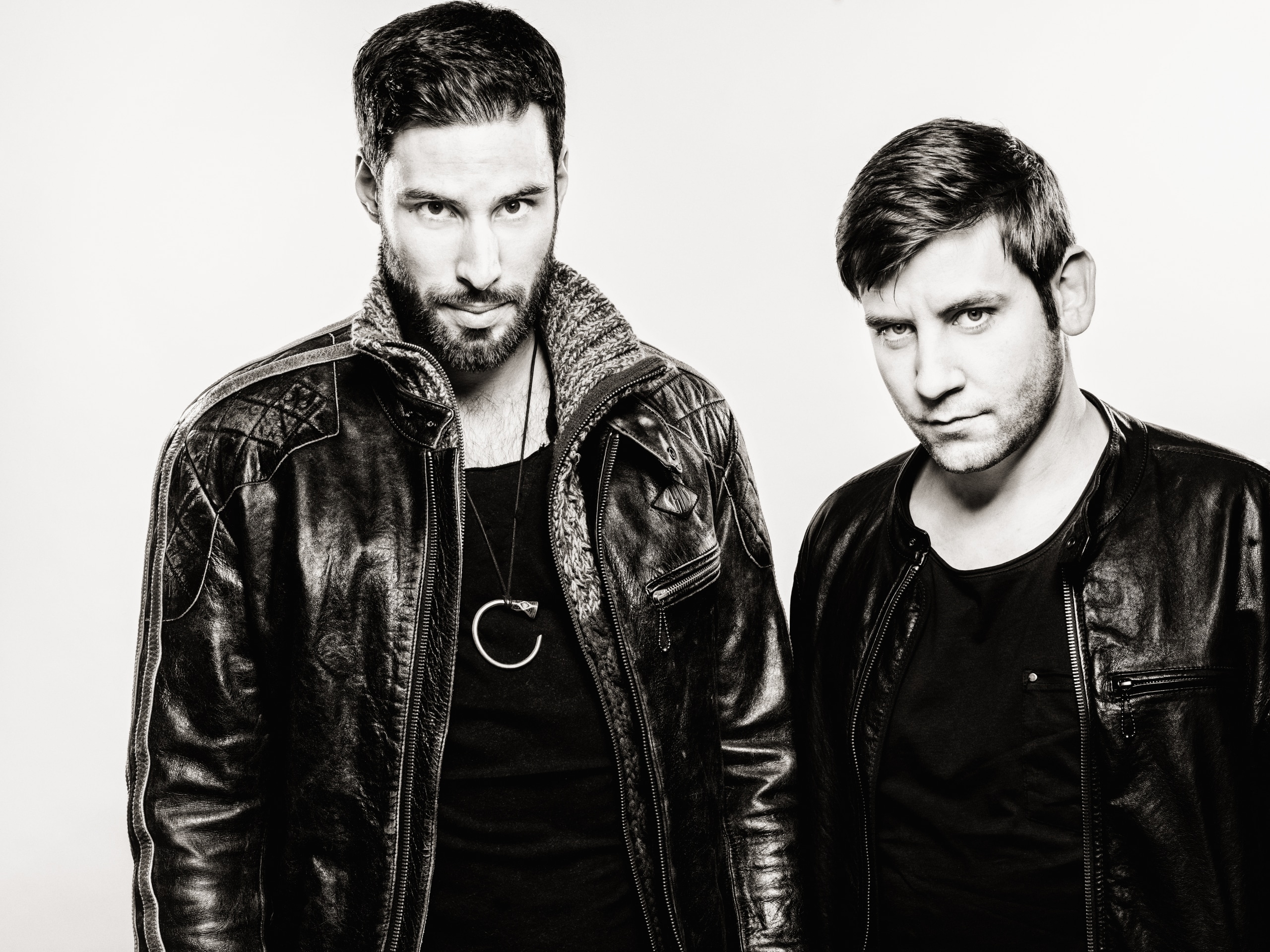 Cologne-based producers Diaz & Parrée mark a return to Frequenza with their debut album I Am.

A project that has taken seven years to complete now stands proud as a stunning collection of dark and mysterious techno spanning eleven tracks that showcase the true versatility and maturity of the producers.

“At one point we tried to create something to get success and after a while we forgot what it really is about. It’s about music and having fun and not about success. With the production of the album we realised that we don’t need success to be happy, and that we don’t need to think about whether other people or big labels would like it. It’s about what we feel and what we like.

The album grounded us and gave us the feeling back, the feeling we had when we started to make music. It was like a therapy.” — Diaz & Parrée

So who are Diaz and Parrée exactly? 6AM dives in to find out, as we also premiere “I Am Free” from their latest album.

6AM · Premiere: Diaz & Parrée "I Am Free" – Frequenza Records

Great to have the chance to speak with you both today. How did you first meet and when did you start making music together?

Now and then we would share a friendly greeting over the garden fence or a warm hello by the property front. For seven long years we, without knowing each other personally, lived door to door in the picturesque Eitorf near Cologne. During this time, however, we knew nothing of our common passion for techno music. Then in 2006 we first met in the club ‘Elektroküche’ Cologne. We were totally surprised to see each other in this club and had the best new years eve ever. Two weeks later I decided to visit René in his small home studio in his parents’ basement. This was the night we decided to work together, forever.

You are set to release your debut album very soon, tell us a bit about how the journey started with the album. Why do you feel like now is the right time to release it?

At one point we tried to create something to get success and after a while we forgot what it is really about. But, there were still some nights we just made music, without having to think about it. Most of these tracks are part of the album. These tracks showed us that it’s about music and having fun and not about seeking success. Whilst making the album we realised that we don’t need success to be happy and that we don’t need to think about whether other people or big labels would like it. It’s about what we feel and what we like.

The album grounded us and gave us the feeling back, the feeling we had when we first started to make music. We produced the album without knowing that. At one point we just realised that we have enough special tracks, fitting perfectly together to release as an album, and with this decision, we changed our way of thinking. The album created over the years was like a therapy that ended with a collection of really special tracks that mean everything to us. We didn’t really think about when to release it, it just felt right!

What pulled you towards Frequenza as a label to release the album on?

We made a demo years ago and sent it to Nihil Young, the owner of Frequenza, and he decided to release it! We were really happy with his work and he always released our music. He does a great job and he is a great person. He always trusted in our music and supported us. It was clear for us to release our album on his label.

Do you both take on different roles when in the studio? How does the writing process unfold?

For the past three months, we have worked out of two studios. René has started a small family and moved to Trier with his wife and son. But this is relatively unproblematic thanks to the online sharing possibilities. We send each other a lot back and forth. Patterns, half-finished tracks. Then we work on what we have and send it back. That’s how we exchange and work for now. In the past, we worked together in one studio, jammed, created, designed, arranged and mixed the tracks together. We don’t really have different roles but I have to say that I prefer arranging the tracks and mixing them and René prefers the sound design.

Did you get a chance to test any of the songs on the road pre-covid? If so, which tracks performed the best?

We played ‘I Am Abundance’ at the 4 Years Animado Birthday in Cologne which is one of the best parties here. The club was completely packed and people went crazy for this one. I also had the chance to play some tracks under my solo project Alexander Vilar Diaz. I used ‘I Am’ a lot of times for my intros. It was an unbelievable feeling. I also played ‘I Am Power’ and ‘I Am Success’ at the Flowers and Bees Party in Essen. In my opinion the best fetish party in Germany. It was the perfect sound for this special situation. Over 1000 people were dancing as if it was the last party before they closed all the clubs. It was sexy as fuck. I will never forget this night.

Did you use a lot of hardware when making the album?

Yes. We use the Moog Sub 32, the Dave Smith Pro 2 and the Novation Bass Station for most of our main sounds, for the drums we use the TR 09 and the Analogue Rhythm from Electron. But we also love to use some samples. Shakers top loops and also other sounds that give us inspiration. Sometimes it’s really good for the workflow. If we got stuck and uncreative, samples help us to get out of this uncreative hole. We cut them, play around with them and make them our own. For this, we work with a UAD Card and its plugins, which we also use for our mixdowns. We would say, that we used 80 % Hardware and 20 % Samples.

Would you ever look for other artists to remix one of the songs from the collection? Who would be your dream remixer?

Maybe. We didn’t think about it until you guys asked, it’s a good idea actually. It’s always interesting to hear other artists version of your own track. We don’t have a special dream remixer but Shlomi Aber, DVS 1, Rodhad or Marcel Dettmann would be amazing.

Do you have plans to take the album on the road?

At the moment we don’t have any options to take the album on the road. The Corona situation in Germany is getting worse again. It’s really sad, but it doesn’t make sense to plan at the moment.

And finally, what will be the first song you spin when the clubs re-open?