While In Ukraine, Artbat Protests The Russian Invasion 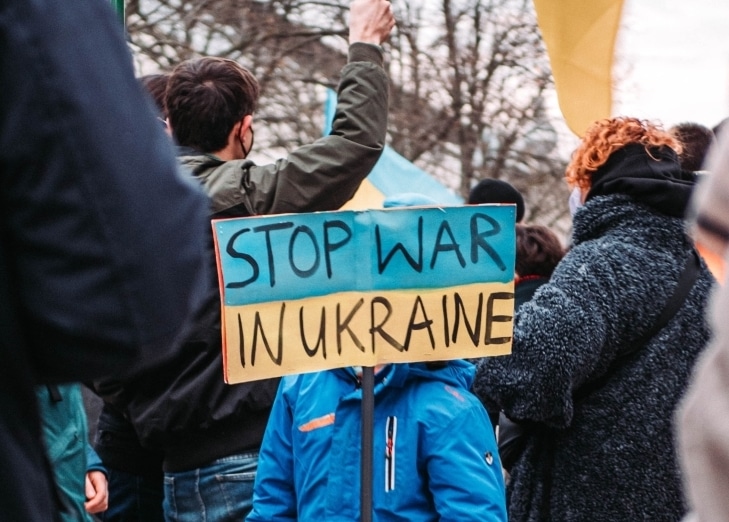 While In Ukraine, Artbat Protests The Russian Invasion

For Ukrainian duo Artur and Batish, better known as ARTBAT, playing shows as festival season approaches is probably the last thing on their minds. The melodic house and techno stars are in their home country, whichRussian President Vladimir Putin has chosen to invade in an unprovoked war opposed by most of Europe, the US and the world.

As Russian bombs kill innocent civilians and shatter cities including the capital Kyiv, where the duo are from, the “Return to Oz” producers have been anything but silent. In fact, they are on the ground in Ukraine as war rages on.

Instead of hunkering down in the studio, the ARTBAT boys are using their platform as one of the most successful dance music artists to come out of Ukraine, for activism. Since Putin launched a full-scale invasion of their sovereign country last week, Artur and Batish have been posting videos and images of their war-torn country. They’re putting out calls to action to the dance music community, asking for help in opposing the senseless war.

ARTBAT began providing a firsthand view of what’s happening on the ground on February 24, the first day of the war. In an Instagram post with Kyiv as the location, they wrote:

“The whole world is concerned about what’s happening here in Ukraine. The rocket strikes and cities of Ukraine attacked by Russian forces have begun. We can’t stay back without a statement. This is our country, where we were born and raised. The colors of flag we represent while playing around the world and proud we trying to support and develop our country. This is our home.”

Artur and Batish called on Russians to do everything they can to stop the war and protect the civilization. They noted that they’ve received a lot of requests to perform in Russia. “But now it’s on you to help us stop the attacks and deaths coming from your country,” they explained. They flat out said, “We need your support,” and, “Stand with Ukraine.”