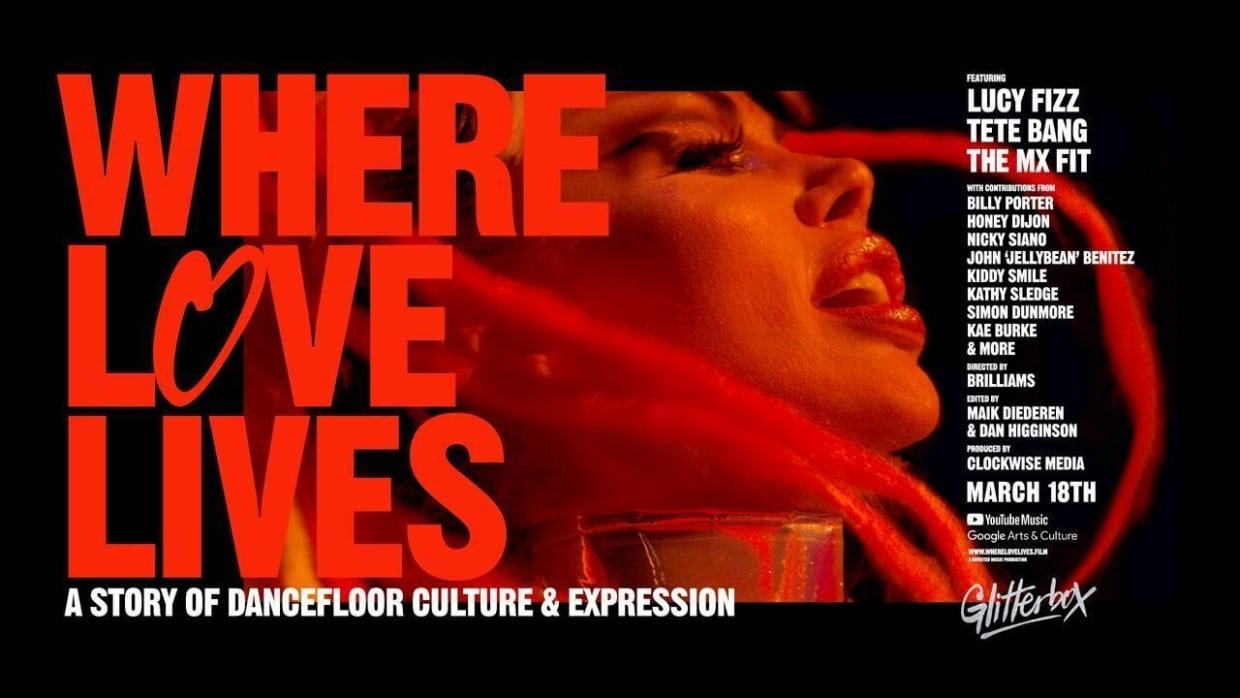 Think back to when you first stepped on the dancefloor for the first time. How did you feel? Did you feel nervous? Anxious? or… liberated?

Glitterbox, a promoter imprint of Defected Records, explores identity and liberation in their new documentary Where Love Lives: A Story of Dancefloor Culture & Expression. The Glitterbox ambassasors — Lucy Fizz, TeTe Bang, & The MX Fit shared some personal thoughts about their participation in an exclusive feature for 6AM.

The history of house music is one of liberation. Chicago’s queer POC community is responsible for bringing us the four-on-the-floor bouncy music people around the world love and celebrate. Dance music would literally not exist without the contributions from queer nightlife. Underground nightlife and clubbing culture created a safe space for queer dance icons to be welcomed when society-at-large was slower to accept them. Dance music cultures help unite everyone on one dancefloor to express themselves in any manner they want.

Where Love Lives: A Story of Dancefloor Culture and Expression, Honey Dijon

Once the mainstream got ahold of dance music, it undeniably became more heteronormative. The homogeny is no more apparent than when you look at the Vegas or Ibiza residency lineups primarily consisting of cis white men. There’s no doubt about it: the modern-day dance music scene has an inclusion problem. Enter Glitterbox: the party that welcomes anyone and everyone to come and be whomever they want on the dancefloor.

Where Love Lives: A Story of Dancefloor Culture and Expression is a story of music’s enduring power to manifest a diverse and inclusive community. It also highlights the power of that community to accept, embrace, liberate, and even save lives. Where Love Lives is a story of acceptance and creative expression. Traveling across New York, Ibiza, Paris, and London over the course of two years, they showcase how they bring their party prowess to cities across the globe. The documentary features deeply personal interviews with influential LGBTQI+ individuals in the scene including staple house names DJ Honey Dijon, Billy Porter, Kathy Sledge, and of course, the global ambassadors of Glitterbox: Lucy Fizz, TeTe Bang, and The MX Fit.

The premiere of Where Loves Lives will kick off a 3-part event with sets from world-class DJs prior to the film’s world premiere. The premiere debuts via Youtube on March 18, 2021 starting at 8 PM GMT, and will be followed by a virtual after-party.

By creating inclusive spaces where everyone can feel safe and welcomed, you’ll soon find you have a room full of people who are free to express themselves and celebrate life without judgement….where everyone is free to be the most fabulous version of themself.

Lucy Fizz, TeTe Bang, and The MX Fit take center stage in Where Love Lives. They open up about the deeply personal moments that brought them to their calling in clubland, and what they found there that made them stay. They shared some thoughts about their participation in the documentary. 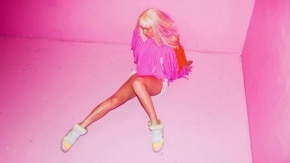 Your first documentary feature centered on your experience as a trans woman and acceptance. In “Where Love Lives,” the focus is now on how the Glitterbox club culture provides a safe space for everyone to express themselves however they want. What is one thing you hope viewers take away from this documentary in particular?

I would love for everyone who watches Where Love Lives to take away an understanding of how much club culture can deeply enrich people’s lives. I think people often overlook nightclubs as just a place to go out drinking or blow off steam, but everyone in the documentary speaks about the great value they have found in club culture. In particular the sense of community and liberation queer people find in LGBTQ+ centered spaces.

In your tenure with Glitterbox, what is the impact you’ve seen firsthand in providing a safe space for everyone to express themselves however they want on the dancefloor?

Dancefloors have the ability to offer a unique opportunity to escape the pressures of the outside world. By creating inclusive spaces where everyone can feel safe and welcomed, you’ll soon find you have a room full of people who are free to express themselves and celebrate life without judgment. For me it’s the best kind of party, where everyone is free to be the most fabulous version of themself. It’s empowering, and you can see it inspiring others. Once we let go of all the stuff we usually carry around with us, we’re just people dancing together and the things that divide us don’t seem to matter so much on the dancefloor and maybe we can carry that feeling with us into the outside world. 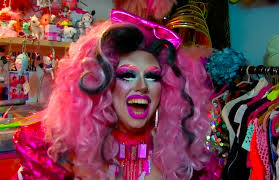 I believe we need to be active in supporting those less visible or empowered groups in a physical way by being vocal and being good allies, especially our trans siblings, and be active in fighting for their rights and safety as a way to move forward and reach our goal of unity.

Where Love Lives was two years in the making. What’s one thing that stood out to you during the filming process?

To be honest, for a lot of the process, we barely even noticed the crew being there. We were doing our thing and they just tagged along documenting it along the way. When we filmed our one-on-one interview bits during the pandemic when we were allowed to film safely, I remember just feeling really comfortable to share my story in front of the crew and be honest… because at that point we had seen the faces of the producers for so long, almost 2 years. I felt very comfortable and safe with them.

Drag queens and kings have always been a pioneer in freedom of expression for the LGBTQI+ community. Glitterbox is a pioneer in bringing all-inclusive parties to more heteronormative scenes. What do you hope to help pioneer in the future?

I hope to be able to show people that acceptance and authenticity is possible, that there is a space where we all as queer people, cis-gendered people, heterosexual people, people of colour can come to together and find common ground and that actually unity and showing support for each can create a better world. I believe we need to be active in supporting those less visible or empowered groups in a physical way by being vocal and being good allies, especially our trans siblings, and be active in fighting for their rights and safety as a way to move forward and reach our goal of unity. 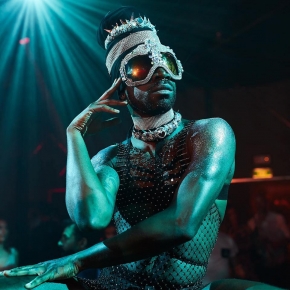 The feeling of regret you will feel for not being yourself, or feeling like you’ve lost years to fit in, is not worth it. Out there, in the world, there are people who will love you, celebrate you and push you to every day become closer to who you really are. Don’t try and fit in, find where you belong.

The MX Fit on being free

How have you found yourself on the dancefloor since becoming a Glitterbox ambassador?

It doesn’t really make a difference to me. When we’re on the dance floor we are all on the same level, we’re all Beyonce! My role as an ambassador takes place mostly backstage, helping the team, being a support system, leading by example and I also get the chance to be involved with the creative process of photoshoots and shows. I also assist Amanda [Glitterbox’s Events Product Manager] who’s doing an amazing job, she deals with all the performers on top of a hundred other things.

I really love my job. But once on the dancefloor, there is no title, no label… We’re all free! We are ourselves and nothing else.

For the person out there watching this documentary who has been afraid to be true to themselves out of fear from society: what do you say to them?

The feeling of regret you will feel for not being yourself, or feeling like you’ve lost years to fit in, is not worth it. Out there, in the world, there are people who will love you, celebrate you and push you to every day become closer to who you really are. Don’t try and fit in, find where you belong.

The best decision I’ve made was giving a middle finger to society and expectations and look where it took me. The difference is a gift, a strength, now it’s all down to you, what you want to do with it. You can explore it and make the most of it. Blossom, tell your story and inspire others or you can deny it and keep asking yourself “what if?”.

It is scary but in this day and age with internet and social media you are one finger tap away from someone who is/was in a similar situation and would happily support you, I know I would! And sometimes it takes one of us to change many peoples’ minds.

You could be educating your family and friends by being yourself. My door is always open for whoever needs advice, encouragement or someone to talk to.

Want More? Binge on These Other Music Documentaries 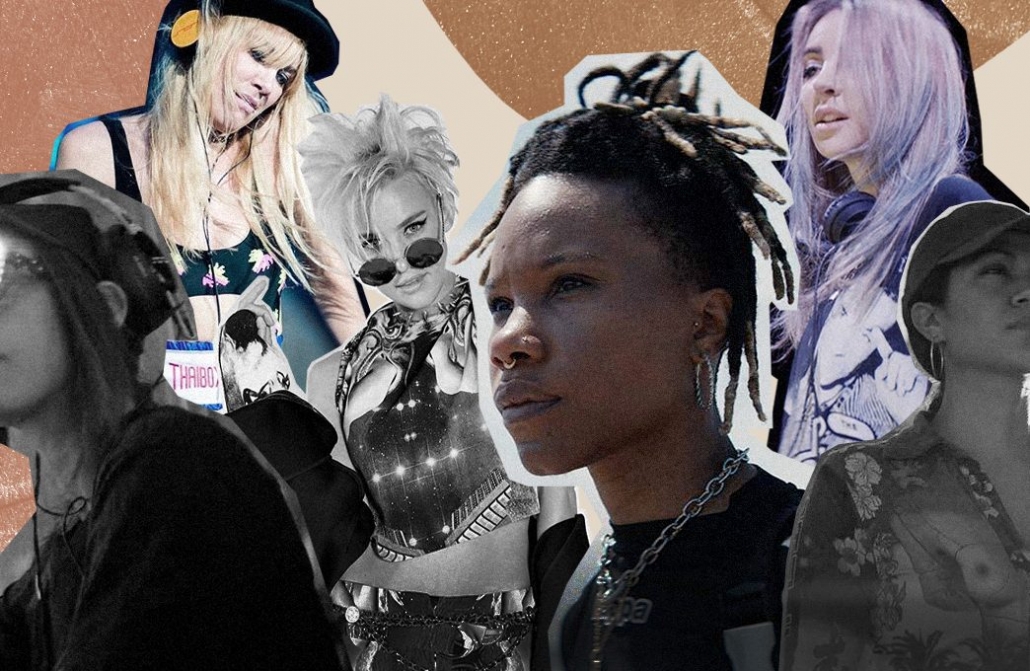 A USC Annenberg Institute Inclusion Initiative study found women represent just 3 percent of music producers in the Billboard top 100 songs of 2020. Women of color represent only 0.3 percent of that same pool of producers. These stats are hard to ignore; Modern-day music production is overwhelmingly male-dominated, as evidenced by the male domination of dance music as well. In 2019, only 5 of the top 100 DJs from DJMag.com were women.

Documentary director Stacey Lee sought to capture of the current status of gender, ethnic, and sexual equality issues through the lens of the female pioneers, next-generation artists, and industry leaders who are championing the change and inspiring a more diverse pool of role models for future generations. The film features BBC1 Radio Essential Mix 2020 winner Sherelle, Louisahhh, Tygapaw, TokiMonsta, Nightwave and Alison Wonderland among others.

You can buy or rent Underplayed via Youtube movies.

I Was There When House Took Over the World

Premiering in 2017, I Was There When House Took Over the World is a docu-series that explores the inexplicably black roots of house music and how social unrest and Chicago’s underground gay clubs led to a global movement. Featuring Nile Rodgers, Marshall Jefferson, Honey Dijon, and many more, this film takes a closer look at how young black entrepreneurs created a music empire that eventually topped UK charts.

You can watch the full series via UK Channel 4 or Youtube.