What’s the Difference Between Techno & House? 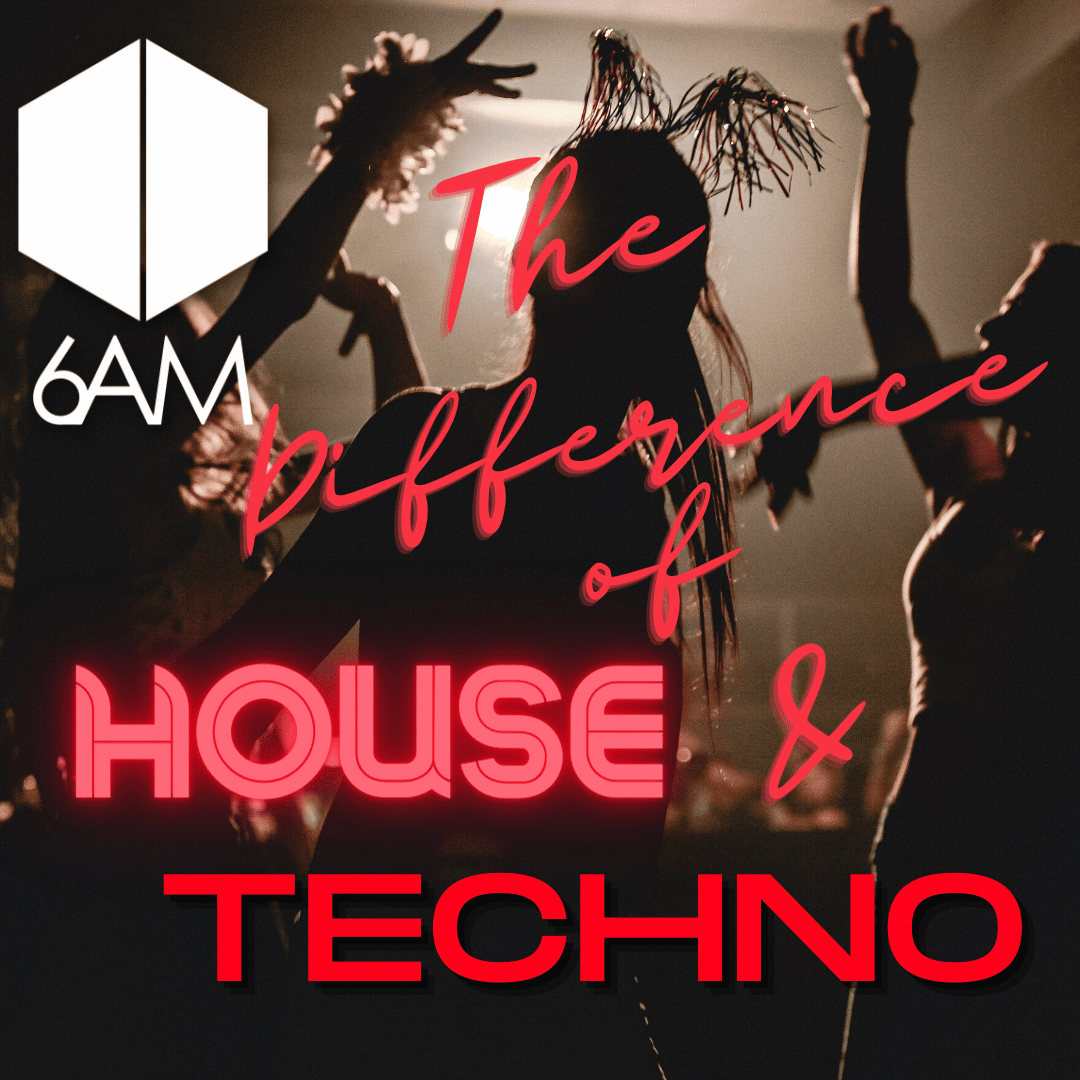 What’s the Difference Between Techno & House?

If you’ve been around the “untz” block, you must have heard this sentiment before, or something close to it. It’s over generalizations like this that makes you realize the importance of being able to define what your favorite genre is; Not necessarily to be a snob, but to educate those around and maybe to make it a little easier to find the music you like.

Funny thing is that the two genres that most dance music fans enjoy together- house and techno- are also two genres that can at times be somewhat difficult to discern from each other. Depending on the sub genres it’s almost like comparing Coke and Pepsi. Other than “it’s just a feeling” are you well equipped with enough house and techno ammo to drop some dance music knowledge?

Also in the always fun scenario in encountering a music snob, sometimes you want to have the book smarts to call them out. Well whether you’re a seasoned pro or completely new to the scene, we got all the house vs. techno knowledge you could ask for.

What Is Techno Music?

Techno music is probably one of the most difficult genres to define for multiple reasons. Having gone through many evolutions and the fact that it was often used as a generic term for any electronic music to the general public- it’s quite the task to fully nail down a solid all encompassing definition.

Another reason why defining techno can be so difficult is that techno’s BPM range can be from 120 to even 140+, making it the genre with one of the widest bpm ranges. Techno is also one of the oldest dance music genres and as mentioned before has had a multitude of unique sub genres that have split off from it.

However, in its simplest terms generally techno is characterized by:

What Is House Music?

House music is one of the original forms of modern electronic dance music that has a 4/4 beat. In fact, technically house music’s roots are probably the oldest of electronic dance music. Considered to be the descendant of disco music, house music has incorporated a variety of different traditional dance music such as funk, soul, afro-latin beats and much more. Today house music still maintains its original style and characteristics but has also evolved into a variety of sub genres that have incorporated different energies, instruments, and styles. House also has a bpm range typically going from as low as 115bpm to 130 bpm.

Typically house is associated with an upbeat feel using groove elements to get someone dancing. Many would also note that when compared to other genres of dance music the influence of more traditional music such as funk, jazz, latin music and much more are apparent in most house tracks.

Techno is house music’s cousin- not its sibling. They’re related but they have different parents. At times they can seem alike but there’s definitely definitely differences.

What Is The Difference Between House and Techno?

Overall, house and techno have many similar qualities: Both were created roughly in the 1980s, have a 4/4 beat focus, and are considered to be fairly repetitive when compared to other forms of music. Also when you start comparing house and techno of various time periods and subgenres you might actually start getting the two confused. For example, at first glance many would consider Derrick May’s or Rhythim is Rhythim’s classic “Strings of Life” a “house” type of track- But it is considered one of the earliest forms of techno music. Also some might confuse the early days of “acid house” to sound a lot like techno tracks. However there are some key differences between the two genres that can help distinguish one from the other.

The different birthplaces of the two genres actually set a backdrop and reason for some of the key differences.

Techno came from Detroit or “The Motor City” where heavy industrialization and manufacturing were prevalent. People often credit techno’s quality of being “synthetic”, dark, and having precise powerful beat elements to its being born from Detroit natives.

“…house music has incorporated a variety of different traditional dance music such as funk, soul, afro-latin beats and much more.”

On the other hand, house music came from Chicago out of “the ashes of disco”. Having laid its initial foundations on sampling old disco tracks, house music had a more “human”, not precise or “swung” feel to it. Also being sourced from disco, house music had a much more upbeat feel typically relying on groove in order to get people dancing.

Some common differences between the two genres are:

What Is The Difference Between Techno and Tech House?

Techno has much more of a focus on consistent powerful drive to get the listener dancing whereas tech house has more of a slowed down dark groove to get someone moving.

To make life simple (at the cost of being not fully accurate) think of house as being a human feel type of electronic dance music whereas techno is a much more computer/robotic type of dance music. Now once again, this really is a huge overgeneralization of the two genres and many would probably argue against some of these concepts. As mentioned before it gets even more complicated when comparing other sub genres of each genre.

Now before the inner house and/or techno snob comes out and begins to rage, remember that these are generalizations and the prior character breakdowns were made to distinguish the 2 genres a little bit easier. There are plenty more aspects and facets that differ between the two and maybe the characteristics provided could be argued differently.

Even though this task may seem futile or triggering, breaking down the characteristics of the genres has a lot of great benefits. However, when it comes down to it, as long as you like it and it gets you moving, then it’s the genre for you.

Read Next: Why Defining Your Genre Matters