What’s in Your Toolbox: Enamour 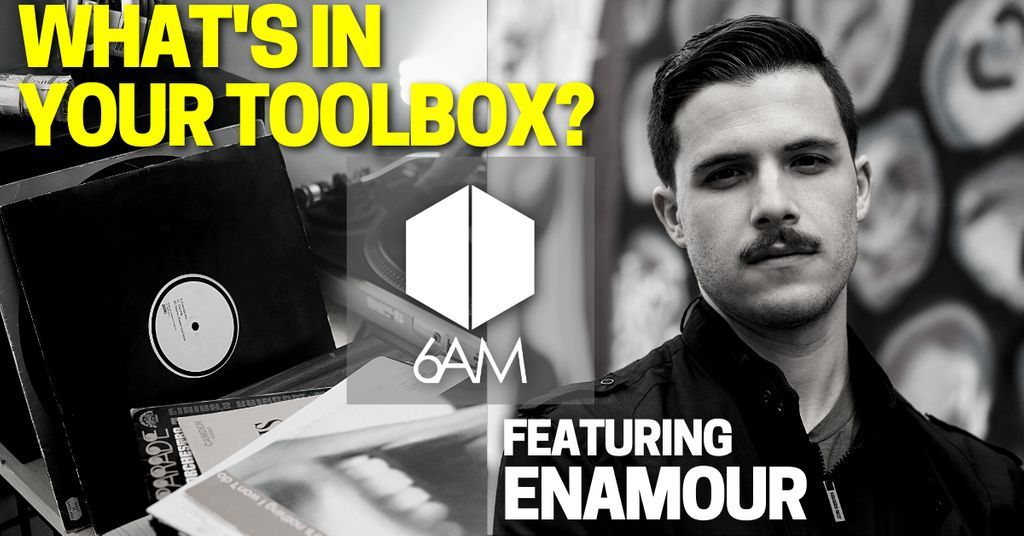 What’s in Your Toolbox: Enamour

Artists will never come unprepared to a party. They always bring a toolbox packed with tracks that are truly dance floor destroyers. “What’s in Your Toolbox” features artists’ secret weapons, aka, the tracks they don’t leave out of their USB. In this installment, thriving techno star Enamour gives us his 6 choice picks of super functional and dance-floor worthy techno tracks as he just finished his 2022 North American tour along with just releasing his latest remix on the “And Must Be The Love” single, originally by BT, Nadia Ali, and ARTY.

Enamour (aka Michael Gold) was raised near Washington DC — home to institutions of electronic music like Flash and U Street Music Hall as well as legendary acts like Sharam and Dubfire — a city invariably considered a hidden heart of the genre in the United States. Long before he could enter a club, Enamour found an early interest in music with the piano. A few years later, his fascination continued with guitar, then jazz, indie, and later dance —his passion for music unchanging, despite his evolving taste.

Buy ‘Must Be The Love’ Single

Now, he has become an undeniable global presence in the electronic space — releasing on several of the genre’s most exciting labels including Sasha‘s Last Night on Earth, Anjunadeep, Get Physical, Kindisch, Lane 8’s This Never Happened, Rufus Du Sol’s Rose Avenue, Desert Hearts Black, mau5trap and more as well as having a track record touring across India, Argentina, and NorthAmerica.

This hidden gem from Franky Rizardo is one of my all-time most DJ’d songs (according to Rekordbox). It’s a bit techy, a bit melodic, and a bit afro, so it can find its way into almost any set and it’s super functional. Everyone likes a good swirling arpeggio on the dance floor, but this one also has a strong groove. I’ve been known to loop the last 16- bars of drums and keep it in the mix for another 10 minutes underneath other songs.

This one came out in January, but I had been playing it a lot well before its release. It’s a monster in the club and as one of my heavier tracks, it lets me know what kind of energy the Enamour fans are up for that night.

I’ve been starting a lot of sets with this one recently — it’s got a great groove and plenty of space in the build-up for effects and setting the energy level. It also helps me determine if I’m working on a sound system with proper low end or not. Towards the end of my Spring Tour, I started layering it with some of my favorite vocal tracks/acapellas to give it new life.

This one is a great mid-set reset and lets me see who’s ready for the deeper, hypnotic stuff. If this one gets a great reaction, I’ll often take the set in a totally different direction. It’s really nice leading up into a sunset too.

A promoter once came into the booth right as this one was dropping and asked me “What is this, cheat code?!” He’s not wrong. This one from Luke Alessi is a lot of fun and just gets everyone on the same page on the dancefloor. Great party-starter.

While I don’t play this one as much anymore, it was a staple in any opening set or early morning afters. I’ll still play it during open-to-close sets or to reset the energy. It’s an ultimate feel-good track.