What is the “Underground” Really? 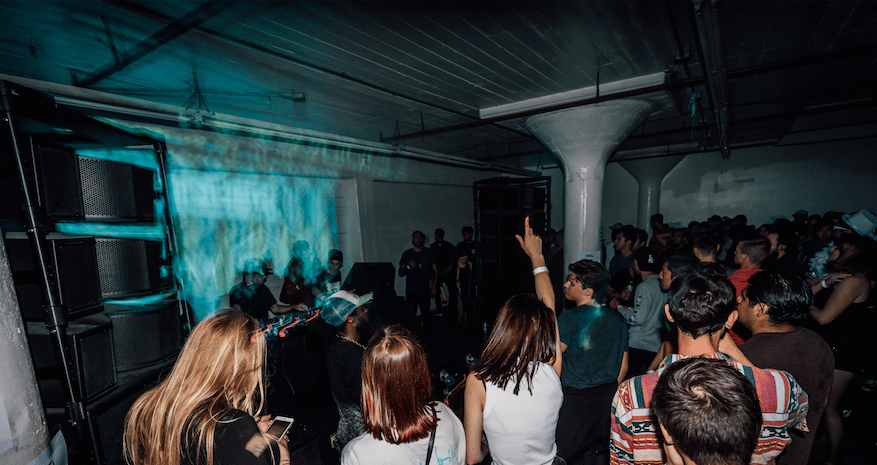 What is the “Underground” Really?

We often see promoters, music fans, blogs, news outlets and artists use the word “underground” in the context of electronic music, yet the meaning of the word can vary depending on the context used.

More often than not, the connotation attached to the term is that akin of a stamp of approval, signifying that the sound/music in question is pure, genuine and stands on an honest backbone of creativity that has not been marred by any type of commercialism. But in some circles the word “underground” is used to refer to music played at non-legal venues, while the same type of music by the very same artists can be found at mega-stages and parties somewhere else in the world, leading to confusion as to what truly constitutes the “underground”. On the other side of the coin, and in more commercial circles, the “underground” label can be attached to a scene that is out of touch with the rest of the world, a scene that is seen as unpolished, un-professional, dangerous and, in some cases, even “dirty.”

In this article we examine some of the positions adopted on the subject:

Anything Commercialized Is NOT Underground

In the eyes of some, any music that has fallen “victim” of legal commercialization can no longer be defined as “underground.” This seems like a notion that doesn’t quite apply to today’s day and age where everything is accessible with a few clicks on the internet. Essentially even the smallest of local artist, electronic or otherwise, is able to commercialize their music by hosting it on streaming platforms and introducing it to the world of commercialization.

Your next door neighbor could be producing a track in his makeshift studio at this very minute and posting it on the internet for streaming on a platform that generates him some sort of royalty (e.g. Spotify). By this definition it would no longer be underground, for it would have been introduced to a paying audience in the mainstream.

Take my favorite band, Radiohead, as an example. Thom Yorke & Co. have released an entire album for free in the past, and have often spoken against commercialization. They have done their best to keep concert tickets at a low price and have taken measures to prevent scalping. Thom has in the past spoken on the subject, explaining the band’s rationale as  “[giving] some control of internet back to people who are creating the work … bypassing the self-elected gatekeepers.” Does this make them “underground” even though they are one of the most celebrated alternative bands of our generation, with a huge following that certainly makes them plenty of money in the process? By the same token a lot of DJs and producers put their music on free streaming hosting websites such as SoundCloud and Mixcloud, but that includes EDM acts that play Vegas clubs for $100,000+ per gig and headline the mainstage at festivals that sell tickets for $500+ a pop.

The Underground? There Is None

Some believe that the day and age of the underground is gone forever, and that by the virtue of our globalized world where anything and everything is accessible there cannot be a notion of the underground as we may have referred to it in the past.

One can argue, however, that this viewpoint is one that attaches itself to an outdated understanding of what the “underground” is in the first place. It is entirely plausible that as society evolves, the music industry changes and we change our daily habits too. That does not necessarily mean that the underground no longer exists. Those who have a strong devotion to music know that there is an underground still, even online where everything is seemingly easily accessible.

Stepping outside of electronic music, we see that the notion of the underground still exists in genres such as rap and hip-hop, where artists are no longer attaching themselves to labels but are going the independent route to build their following and reach a global audience. Artists such as Big L, Madlib, Aesop Rock are considered as underground — that is they have a great following despite not having quite hit the mainstream as most would consider it. Then you get Chicago’s Chance The Rapper and Los Angeles’ Frank Ocean, two artists who are on the tongues and in the ears of millions, yet have arrived where they are as independent artists who have refused to sell their music to large corporations masked as record labels.

So where do we draw the line?

It’s Underground If You Have To Search For It

Plenty in the music industry, and those who step on dance floors worldwide, consider the “underground” to be that scene that one needs to actively search for in order to find. As Deep House Amsterdam covered, Frank Zappa made the distinction between the underground and the mainstream in one simple and easy way: the “mainstream comes to you, but you have to go to the underground.”

The internet may make the search easier than ever before, but it’s unlikely for you to stumble upon a Los Angeles warehouse party featuring cutting-edge techno unless you’re actively looking for something within that realm. There is no doubt that in Europe the worlds of techno, house and deep house have long been part of a more widely-accepted culture, unlike here in the United States. Yet, even if you’re attending a massive event the likes of Amsterdam Dance Event (ADE), there is a clear distinction between the more mainstream parties and those we could label as “underground,” even if the latter come in the form of big-stage production events with thousands attending.

Truthfully, however, the internet is a double-edged sword. Many argue that as the mainstream remains mainstream, the deeper layers of electronic music get buried deeper and deeper and remain hidden to the eyes and ears of most, keeping the underground alive in the process. 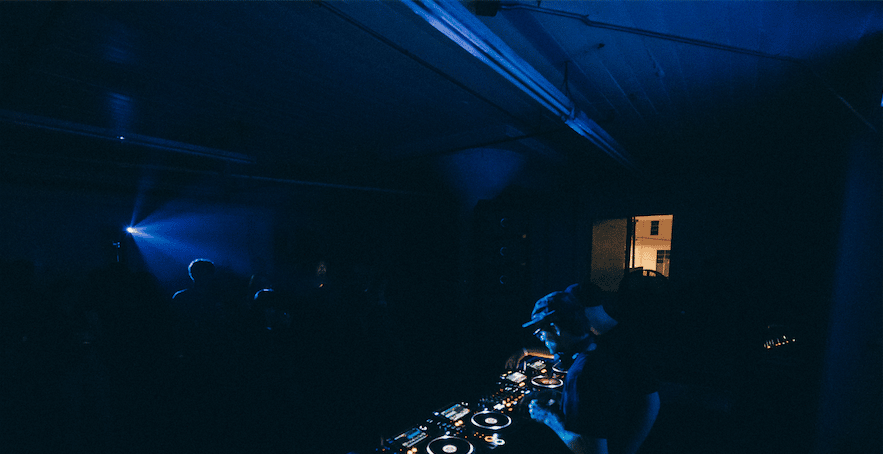 The Underground Is Constantly Changing

As the world around us constantly evolves, so does the understanding of what constitutes the “underground” as we define it within music and, more specifically, electronic music. A quick look at the Beatport Top 10 sees an undisputed dominance from genres usually associated with the underground, including house, techno and tech house tracks by Gene Farris, Maceo Plex, Pleasurekraft, Patrice Baumel, Monika Kruse, Pig&Dan, Chuck Daniels and Rampa, on labels such as Innevisions, Relief, Terminal M and Kraftek. In fact, at the moment of writing, there are zero EDM or big room room tracks on there, and while arguably some of the aforementioned names and labels are closer to the mainstream for those who regularly swim in the deep abyss of the underground, they represent a sound that you will likely never find on the mainstream radio or at a mainstream festival main stage. By virtue of the last sentence alone, we begin to understand that there is no clear-cut distinction of what constitutes “underground” music.

Take Carl Cox, for example. The veteran DJ, producer and label-head is probably one of the most known proponents of more “underground sounds.” It is more than likely that EDM fans who prefer “mainstage artists” have at least heard of Carl Cox’s name and know the type of music he is associated with. Yet he himself announced that he will be diving deeper in his arsenal for this summer’s gig at Privilege in Ibiza: “I’m saying that we’re going back to basics,” he insists. “Right from when you walk through the door it’s already game on, and you’re getting the build-up and the journey from my mind. This is stripped back no nonsense raving. You’re going to get lights, lasers and lots of smoke – like how it used to be in the old days. I’m an old school DJ with old school values. I don’t want people to forget the reason we’re here in the first place, which is the music. That’s what’s allowed me to stretch my wings on allowing myself and people around me to follow a path which is something I believe is still exciting and relevant.” Is Carl Cox commercial then or is he simply sitting on the cusp that separates the mainstream and the underground?

I believe the underground still exists and it’s not going anywhere. In recent months I published a self-reflective editorial where I examined my confessed techno elitism and called for a change in approach to the way we represent the underground and welcome those new to it. In the article I made a simple argument which I think is still applicable within the current dialogue of this piece, and that can help us conclude that the underground is very much alive, although it may vary in meaning from person to person, city to city and scene to scene.

“We would love for European techno artists that never make it across the pond to get booked for shows here in the States, and we would love for the massive-scale techno productions at events throughout Europe to be accessible in our country also, but immediately roll our eyes and turn our heads the moment some of our favorite “underground artists” start to become more known.

You can choose to rip apart an “ignorant”, amateurish new-comer, and possibly estrange them from the beauty of the underground forever in the process, or you can be patient and allow them to discover if it’s for them at their own pace, with a little helping hand of course. Find out what they like and why they like it, feed them music from artists that may bridge the gap between what they are listening now and what they may learn to love in months from now. Don’t look down on them simply because “they don’t get it” yet, because let’s face it, that was probably you at some point on your musical journey in the past.”

The fine line that divides the underground and the mainstream is constantly shifting, and it is only natural that this is the case in a world where things are in constant motion and where technology moves at a light-speed pace. What matters is that we keep doing our part to keep the underground alive in the city and area we live in, and that we keep welcoming those who have searched deep enough and have ended at our doorstep.