What If House and Techno Were Friends? 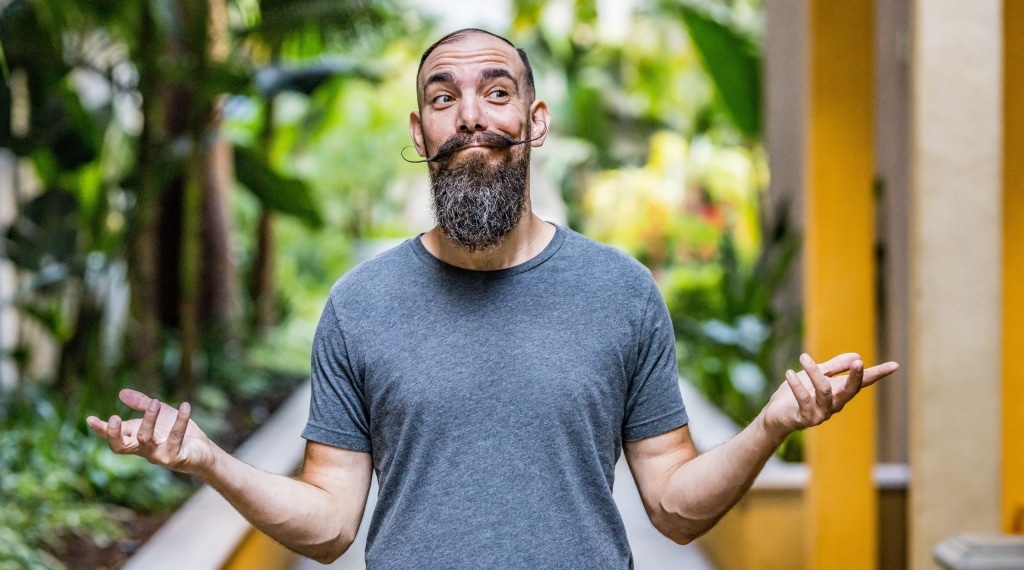 What If House and Techno Were Friends?

“Eww, house music events have way too many frat bros.” “Ugh, techno parties are so snobby.” House and techno feel diametrically opposed in many ways these days. Genre purists seem to drench the underground scene producing events that are very narrow in focus. As someone who came of age in the rave scene during the 1990s, this all seems a bit silly to me.

Ok, first thing’s first. Who am I and why should you care what I think? My name is Eric Sharp and I’ve been DJing/producing for the last 17 years. I currently live in LA and I actively work to promote wellness and spread love through my involvement in dance music. I first got into the scene going to warehouse parties in the mid-90s and went on to throw my own underground events in San Francisco 10 years later. Ever since my beginnings as a breakdancer, one of my favorite things about dance music is that it brings people together. House and techno were both formative parts of my journey, so I thought it would be good to share my perspective with those who haven’t been around for quite so long.

Look, if your closet is a black monochrome and the idea of even a hint of a funky bass line on the dance floor yucks your yum, then you do you. If you are utterly perplexed by a track that doesn’t have a soul clap on the 2nd and 4th beats of every measure, and you wouldn’t be caught dead at Berghain even if you could get in it’s all good.

Ever since my beginnings as a breakdancer, one of my favorite things about dance music is that it brings people together.

On his love for music.

That being said, house and techno used to be really good friends and would often share the same room at parties. A night could start out with some Chicago House, build into hard house and/or ghettotech, followed by a blistering techno set at peak time before smoothing out with some deep house to bring in the morning light. It dawned on me that those who are newer to the scene may not realize just how much these original styles of 4/4 dance music have inspired each other, so I wanted to highlight some tracks that I’ve seen absolutely slay in the sets of techno and house DJs alike.

It’s probably no coincidence that the first producer I’m highlighting here doesn’t just make techno. Green Velvet has been a mainstay at underground stages for as long as I can remember, but the enigma that is Curtis A. Jones also has an incredible house catalog under the alias Cajmere. I’d like to attest firsthand that if you drop a slamming Green Velvet track into a house set nobody will run up and stop the music to yell at you, they will just dance with reckless abandon.

I feel like this record deserves way more shine than it gets. Early producers of techno and house were limited by the equipment they had access to. This is long before you could download any cracked plugin of a 4 oscillator synth, make whatever sound you want, and run it through infinite effects chains. “Circus Bells” is gorgeous in its simplicity, and in its creative arrangement of just a small number of elements that make it so effective.

It is so hard to believe that this timeless classic by Derrick May and Michael James is 35 years old. Detroit is home to so much techno it is absurd, from the Belleville Three to Jeff Mills to DJ Bone to Carl Craig to Robert Hood to the Larkin Bros to Stacey Pullen – and this is just the tip of the iceberg. I heard a story that Derrick May just laid on the floor for hours naked listening to Strings Of Life on repeat when he finished it. I have no idea if that’s true or not, but if he did I can’t say I blame him.

I wonder how acid house, a subgenre built around an iconic synth called the 303, would be viewed through today’s lens. I’m not sure if house purists would consider it house, or if techno purists would consider it techno. It definitely doesn’t sound like what has become of the term “tech-house.” To make things even more complicated, this version of Higher State that has electrified many a dance floor has a broken beat. Whatever it is, it absolutely rips. Be forewarned though, if you are a DJ and you play this record without filtering out some of the highs, you might get sued for hearing loss – that synth gets really squelchy in the final frame.

Music doesn’t happen in a vacuum, and in terms of dance music, there has been a cross-pollination of influences between the U.S. and Europe since its beginnings. “Plastic Dreams” which came out of The Netherlands, feels more like house than techno to me given the melodic elements and groove. However, techno DJs have been caning this as well since it dropped in 1992. Making music that crosses genre boundaries is really difficult. Most of the time things end up falling in between the cracks, not fitting in anywhere.

Somehow Jaydee managed to produce this weapon that continues to work for purveyors of house, techno, and even *gasp* trance. Also on the off chance that there lurks a junglist in our midst, yes, that is the Amen Break used for the main drums here.

Lest this become just a complete history lesson by an old dude yelling at the clouds, I felt that it was important to highlight one of my favorite more modern tracks that bridges the divide. I decided to look this tune-up on 1001 tracklists to see who’s been playing it, and it’s in a ridiculous range of sets from Carl Cox to Anja Schneider to Matthias Tanzmann to Danny Howard to Diplo among a zillion others. This collaboration just seems like it will age very well.

Ok, have we learned anything here? Maybe, maybe not. Will people stop gatekeeping what is and isn’t techno or house? I doubt it. Just say the words melodic techno to anyone at a dark warehouse party and watch what happens. Hopefully, I’ve introduced you to a track or two that you didn’t know about, and opened up your mind just a tiny little bit to dig deeper down the rabbit hole.

I for one like some house in my techno and some techno in my house, and I’m not mad about it. Sorry, not sorry.