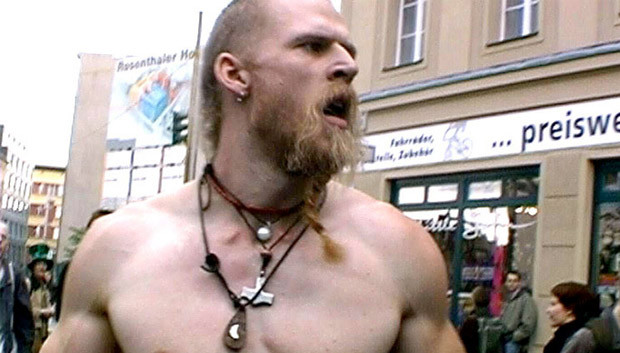 I have asked myself this question before, and I am sure countless others have too: whatever happened to the Techno Viking?

In fact, controversy surrounded the original clip. Artist Matthias Fritsch, who shot it, was forced to remove it from YouTube after a court order, which later saw Fritsch sued by the anonymous and emblematic subject in question in 2013, costing him €23,000 in damages and legal fees and ultimately leading him to file for bankruptcy.

Two outlets decided to join forces and ferret out the Techno Viking. WWN and Techno Moves used the help of detectives and spent months of research tracking down the mysterious figure, ultimately agreeing to meet him at Berlin airport. There they were met by Gunther, the guide who was to take them to the Techno Viking’s home on the periphery of the city limits. When they arrived, however, they discovered that Gunther Ackerman was in fact the Techno Viking himself,  seemingly disguised in a slimmer body frame and somewhat of an effeminate sweater.

Read Next: Techno Viking Stepped In To Protect a Woman From Harassment at Fuckparade

Once over the initial shock of the discovery of the Techno Viking’s true identity, the group sat down to hear Gunther out.

“I never wanted to be famous. It was all a mistake. A terrible, drug induced mistake,” he started, now clipping a pink plant of some sort. “I hope you don’t mind me pruning while I talk. It helps me relax.”

Gunther explained he was working as a lumberjack at the time of the video, and had many colleagues that “loved to party”.

“We would buy an ounce of base speed between us every weekend and head to free parties around Germany. Man, the comedown off that shit was hell”.

He said he had been awake for four days straight before the historic footage was taken and that he had no idea he was being filmed by Fritsch. 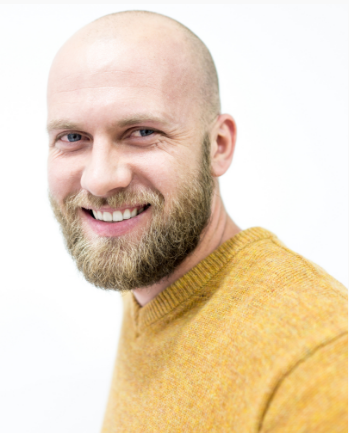 “The fucking snake had the camera resting on his lap. If I had to have known at the time I would have crushed him like a flower,” he explained, caressing the plant he was holding, whispering to it. “Not you honey, I would never crush you. Mwah!”

“Some young fella was acting the maggot and pushed one of the girls, Jessica. He was off his chuck so I left him off with a warning and a good point. Pointing is always good when lads are off their faces. You can’t beat a good point”.

Explaining his dance moves he said: “I just got in the flow I guess. My adrenaline was rushing. I remember grinding my teeth for a good week after that festival. In bits I was; like Lego”.

Gunther said he left the lumberjack business in 2002, after being fired for misconduct.

“Yeah, I got angry at one of the lads and I punched a tree. But the tree fell on top of my supervisor and broke his leg. They don’t make speed like that any more,” he laughed.

The then 26-year-old began studying to be a biologist in Berlin and later secured a job as head researcher for the University he attended.

“It’s a long cry from chomping down bags of base speed, necking pills and maintaining order at dance festivals, but I love it, you know?”

Read the full interview here. You can also watch a documentary about the Techno Viking put together by Fritsche himself below: