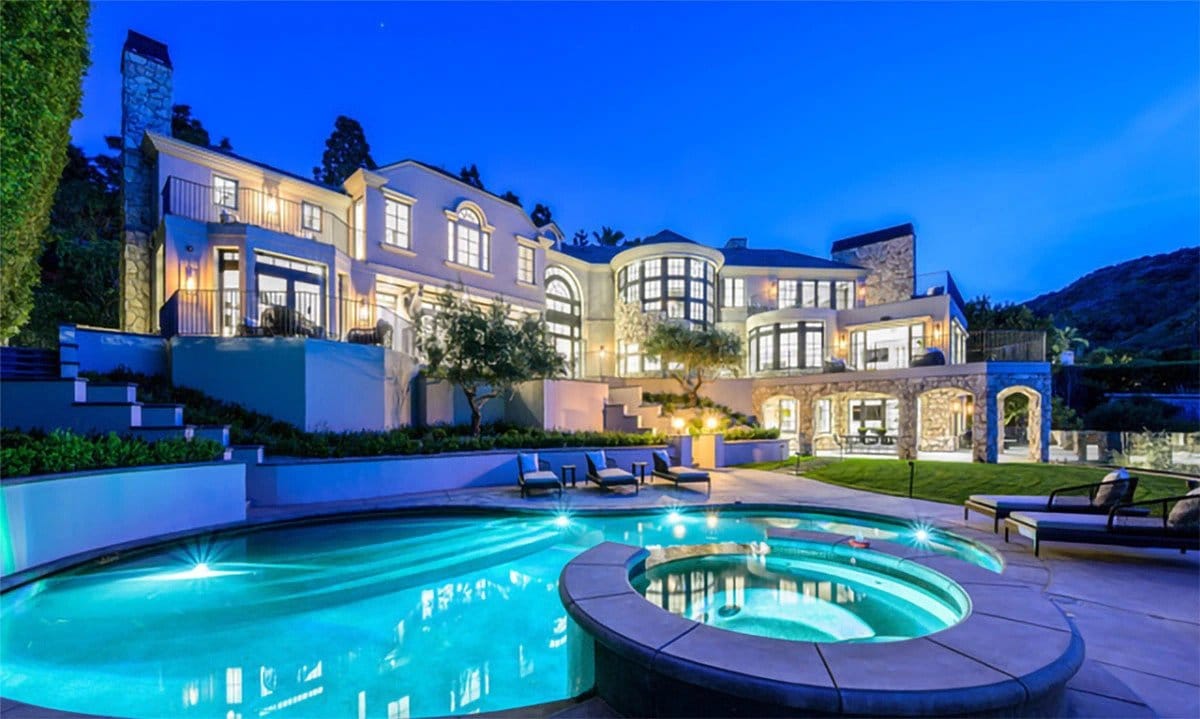 From sweaty clubs to the Hollywood Hills, DJs in the main electronic scene are modern-day rock stars. The not-so-humble abodes of household name DJs such as David Guetta, Calvin Harris and more are a testament to just how well selling and playing to the masses can pay. With news of Eric Prydz listing his Hollywood Hills home on the market for a cool $5.9 million, all eyes are renewed on what a big business EDM has become. Armed with not much more than a USB stick, DJs can travel the world playing gigs with ease. The high DJ fees and songwriting royalties created multi-millionaires out of many now household names. DJs now rub elbows with the elite, purchasing properties neighboring A-list celebrities and high-rollers. Earning spots in some of the most exclusive zip codes in the United States and the world-at-large, DJs are certainly living large.

Read next: Eric Prydz’ Mansion in Hollywood Hills Could Be Yours For a Mere $5.9 Million

While Las Vegas is the go-to clubbing spot to see some of the most popular EDM DJs spin in the United States, Ibiza emerged in the past couple of decades as the most popular spot in the world to see DJs of the more techno, house, and tech-house varieties. DJs know they made it when they receive either a Las Vegas or Ibiza residency with the high paychecks to prove it. Calvin Harris reportedly earned $260 million – that’s million with an M – for his performance contract with the Hakkasan nightclub group in Las Vegas. Earnings and residences of techno artists aren’t covered in the media in the same vein but that doesn’t mean money isn’t being made. The kingpin of techno, Adam Beyer, bought a residence in Ibiza, so you know he’s sitting on some cool cash.

The big bucks flowing within the techno community have come under scrutiny in the past few years for a genre that is supposed to be “underground.” Business techno, as it’s called, sees DJs amassing millions of followers on social media and high DJ fees. Artists work hard for many years to earn their success, so shouldn’t they enjoy it?

Amelie Lens, often lumped into the business techno group, has been DJing for about 15 years. She started in small clubs and party nights. Lens has paid her dues and gained a large swath of fans in the process. Carl Cox is a legend and no doubt commands a nice booking fee, but he’s still adored by fans for his fresh sets and mixing abilities. While the media doesn’t report on homes within the niche underground dance community, a few globally well-known mainstream DJs are not shy to show off their dreamy abodes. Check out these incredible mansions from some of today’s top dance music artists.

Price Tag: $2.8 million in a short sale with over $5 million in renovations

Given Steve Aoki spends a large amount of time DJing in Las Vegas for his club residences, he decided to purchase a 16,000 square foot mansion-turned-art-gallery. Aoki turned the house into his own personal art gallery, featuring an original Banksy piece, as well as several sculptures from modern artist KAWS and others. The grey and white lines provide a clean backdrop for all of Aoki’s colorful art pieces. Not one to be bashful, Aoki also moved the pool closer to the house and inserted an outline of his face. As the richest DJ in the world, it’s no surprise Calvin Harris has a Beverly Hills compound to match. Harris’ large fortune is in part due to his prolific production and songwriting credits on some of the world’s biggest records over the past couple of decades… though his $260 million payday from his Hakkasan Las Vegas residency certainly lined his pockets as well. Dropping $15 million on a pad of this caliber is nothing for the household name. 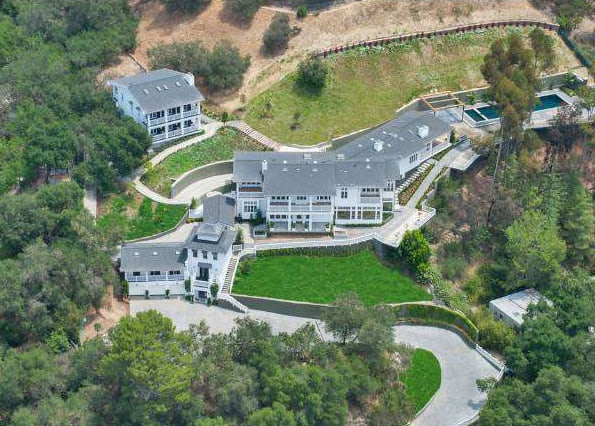 Bel-Air became known as a neighborhood of the upper class worldwide thanks to Will Smith’s iconic role in The Fresh Prince of Bel-Air, and if anything, it’s only become even more exclusive. Enter German producer Zedd, who has earned a fortune thanks to his sacchrin-sweet tunes which any dance music fan from the early 2010s will know. His tracks rack up hundreds of millions of plays on Spotify each, with one of them at over one billion streams. It’s no wonder Zedd made a fortune at a young age and splurged on a sprawling mansion in one of the United States’ most iconic zip codes.

Don Diablo is not quite a household name in the United States, but he seems to be doing quite well for himself judging by his unique Amsterdam apartment. The Dutch producer lives in a pad in the heart of one of Europe’s best cities for dance music which includes a pool, arcade, and of course, a music studio. Diablo recently showed off his sleek, yet inviting, home on a reboot of MTV’s iconic series MTV Cribs.

Marshmello is the quintessential name when discussing the commercialization of mainstream dance music. The masked producer and DJ burst onto the scene around 2015 and has amassed a fortune since then. The real DJ behind the Marshmello moniker, Chris Comstock, had been a part of the scene for several years to nominal success, but donning the mask and creating radio-friendly pop music launched the producer into superstardom.

Perhaps one of the most globally successful DJs right now, Marshmello recently procured a $10.8 million dollar stone mansion in a gated community less than three years after purchasing their first $3.6 million dollar Los Angeles home. Marshmello’s sprawling compound goes to show what can happen if you value money above artistic creativity.

Selling to the masses certainly pays well, but so does jet setting to the largest techno gigs and festivals in the world along with Ibiza and other residences. Even though the likes of Adam Beyer, Sasha, John Digweed, Carl Cox, and other bosses of techno and house may not be in the mainstream media, they have likely set themselves up for a life of luxury as well. Why shouldn’t they enjoy the fruits of their labor? Is it still too “commercial” to live a life of luxury even if an artist clearly paid their dues and didn’t compromise on the way up? Hip-hop was also once underground, forming as a way of expression of marginalized communities. Yet, hip-hop stars are among the most wealthy entertainers these days. All novel forms of music were once “underground,” and electronic music is no different these days with its underground roots and rising popularity.