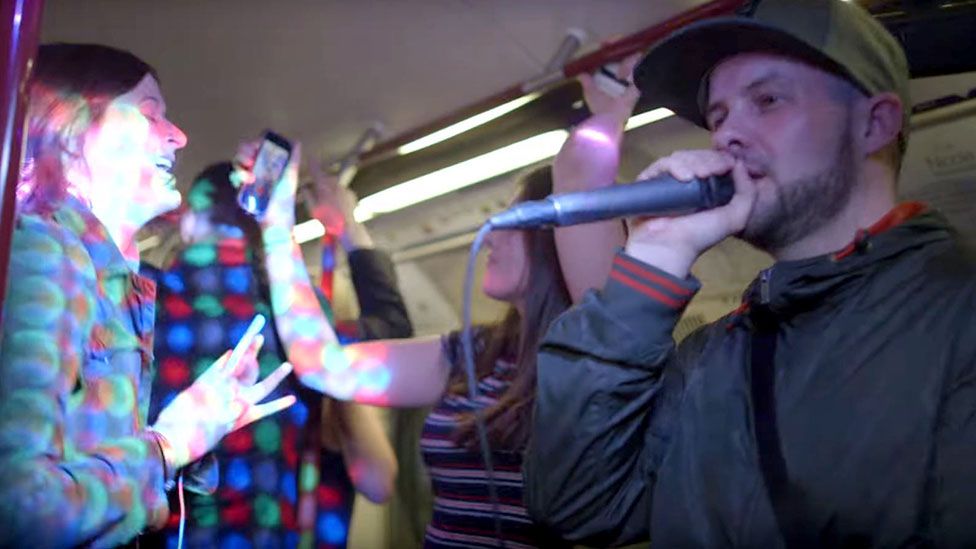 The London Underground (also known as the London Tube) is one of the busiest mass rail transport networks in the world, serving more than 4 million passengers daily. Given that fact, the London Tube would be the last place one would think of to do a rave party.

But internet prank group Trollstation actually set out to do just that. On a Monday night, the group “hijacked” one of the carriages of the Bakerloo Line and turned it into a proper rave. Not a bad way to cure the Monday blues, right?

The “rave party” on the Tube had everything a rave  should have: flashing lights, a good sound system and an MC in the person of MC Harry Shotta who was encouraging the passengers to dance to the beat. It managed to go on uninterrupted as the train went by several stops, eliciting bemusement at least among many of the passengers. Check out the video below and experience the fun that night.

Eventually, some members of the British Transport Police arrived to put a stop to that stunt. The police acknowledged it was a light-hearted act and commended the organizers to pull the plug on it. Still, the police made it clear that they will not tolerate such acts now and in the future.

“Whilst officers relish any opportunity to experience underground drum and bass, we’d kindly ask DJs to refrain from using the Tube as a pop-up club,” a spokesperson for the British Transport Police said with evident professionalism.

Hopefully, this is not the last rave party we hear about… perhaps the next one can be a legal one that can go on uninterrupted for longer!