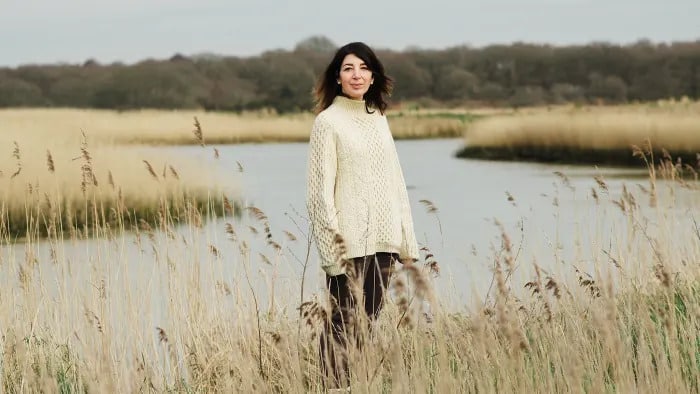 Experimental artist and composer Mira Calix has passed away. Warp Records, the label which released the majority of her music and where she previously worked as a press officer, announced her death on social media, writing: “Mira was not only a hugely talented artist and composer, she was also a beautiful, caring human who touched the lives of everyone who had the honor of working with her.

The South-African-born musician, Chantal Passamonte, had been residing in Britain since the 90s, most recently living in Suffolk with her husband Sean Booth, a member of electronic duo Autechre and fellow Warp Records signee. Her trailblazing work was revered for incorporating and blending the sounds of electronic and classical together to create her own symphonies.

“We are so proud of her immense creative output; her artwork, videos, and music were a true reflection of what an innovative, pioneering, and wonderful soul she was. She pushed the boundaries between electronic music, classical music, and art in a truly unique way. She will be terribly missed by everyone at the label, staff and artists alike.”

Her debut electronic album ‘One on One‘ was released to acclaim in 2000. Since that debut LP, she released six albums with Warp Records, with the latest ‘a̶b̶s̶e̶n̶t̶ origin‘ coming out in November 2021.

Beyond her musical endeavors, she was also a creator of art installations and filmography projects and saw art as a lifestyle. She often saw sound as a sculpture and has had her music and artwork commissioned for some of the most reputable names in the arts – including the Barbican, Art Basel, Lincoln Center, the Coventry Biennial, Shakespeare’s Globe, Melbourne Recital Centre, Sonar, Latitude Festival, Edinburgh Festival, Manchester International Festival, and the London Olympics among others

Her friends, family, and fans have all been paying tribute to her incredible life and legacy on social media. You can see some of their kind words below.

This is such sad news, I first knew Chantal when she was a PR in the 90s before she morphed into the artist Mira Calix. Such a talent, pushing boundaries at the margins of electronic music, & one of the first women to sign to the mighty Warp. This is a huge loss. RIP https://t.co/aIhkxrxVNL

I can’t even begin to describe the influence Mira Calix had on me, honestly one of the absolute purest and distinct musical voices I’ve ever come across fuck :((((((( https://t.co/cV0hU2Xagx

We mourn the departure of Mira Calix (Chantal) a bold thinker and artist to whom we spoke previously about gender in electronic music. She’s left us with a boundary-pushing body of work that reminds us continually how much further we can go as artists. https://t.co/oBFDrIhbZX

When you mourn Philip Jeck and Mira Calix on the same day, it kind of feels like death has made the tracklist of Wire compilations in the 2000s into a hitlist.https://t.co/myWMzGSNmC

Do the things that people say you cannot do, @miracalix. Rest easy Chantal 🕯️