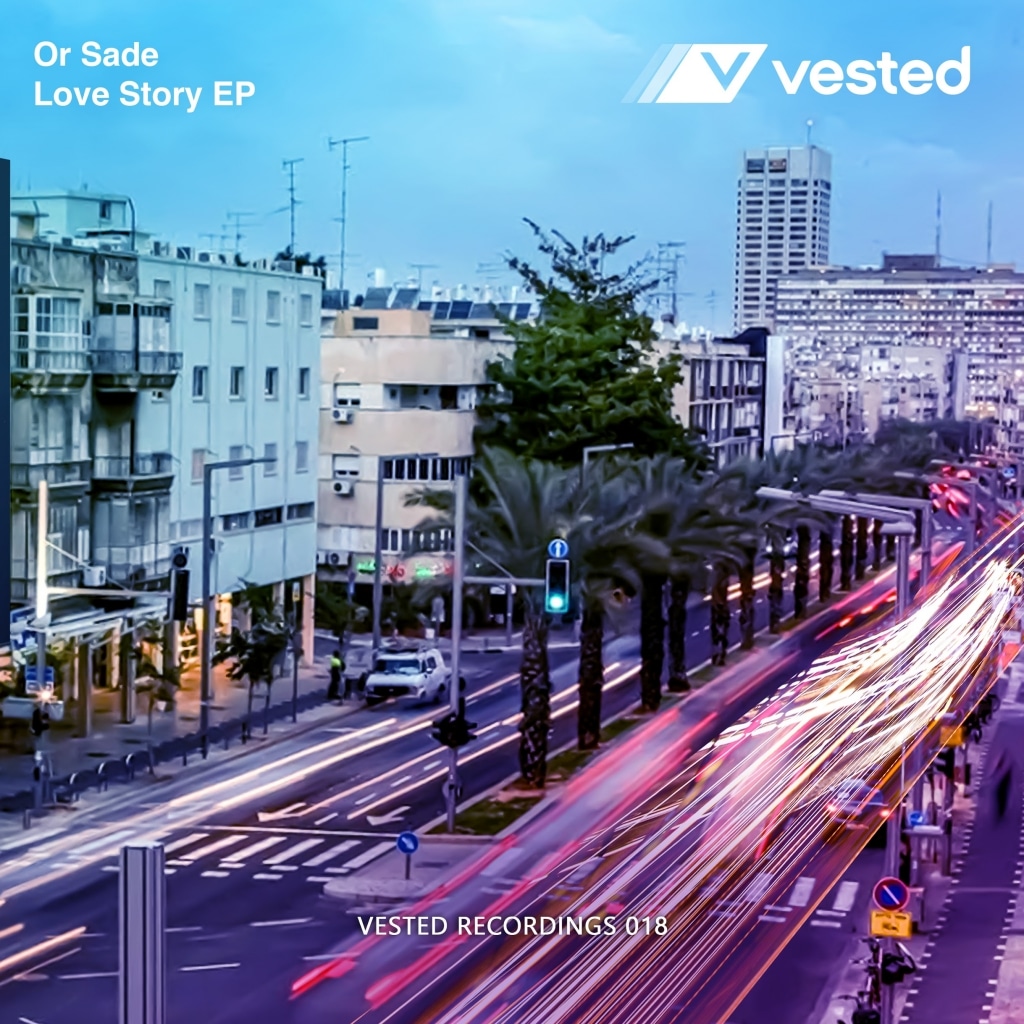 This 18th Vested Recordings label release offers a pair of standout deep progressive originals from a rising resident artist in Tel Aviv, Israel: Or Sade. These two songs take us on a pair of deep and driving avenues, beautifully-textured with seductive melodics. Having an artist residency at the world-renowned club “The Cat And The Dog”, or sharing the stage with the world’s finest electronic music artists, Or Sade has truly turned in a shining duo of songs on this release.

Chicago-based label Vested Recordings is home for an artfully deliberate electronic sound spectrum covering progressive, house, and techno genres. Tracks on Vested are generally ranging from a deep hour to peak time with the common thread being the timeless low-end prime-mover groove that proper progressive house has always championed. In an era saturated with music, Vested strives to stay true to proper dance music’s roots while also blazing forward into the future. In other words, For Vested Recordings, party music is super serious.

The title track “Love Story” leads the way with a deep galloping groove laced with serene strummed guitar arrangements.  Its driving groove woven with hypnotic musical textures will make for feel great moments on dancefloors around the world. Second, “Ambivalent” takes us on a slightly deeper route, with an extended layered melodic progression and a lovely linear drive.  This is a great selection for deeper vibes, whether they be evenings or late mornings, and a great set momentum builder.

From Tel Aviv by way of Chicago, with much love to all everywhere. Sharing these songs with the world has Vested Recordings excited.