Versus Blaze the British Scene With House and Rave Culture 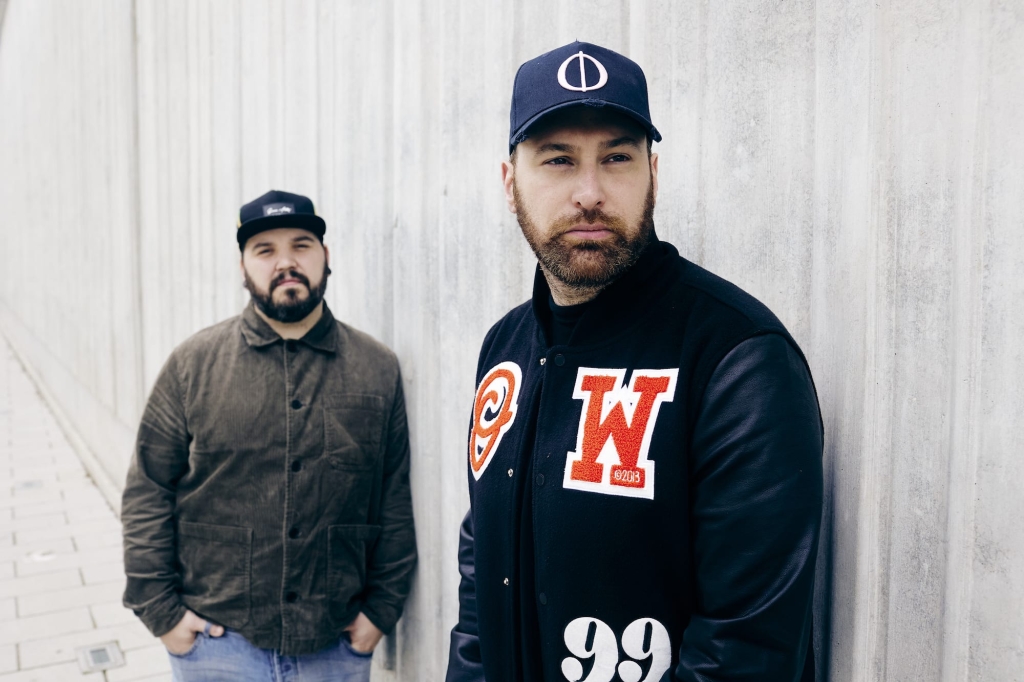 Versus Blaze the British Scene With House and Rave Culture

U.K. duo Versus (aka Dave Skehan and Scott Walker) are blazing a trail through the British club scene and beyond as they have already clocked up releases on world-class labels such as Ultra, Repopulate Mars, Under No Illusion, SOLA, and Realm. Rooted in classic house and rave culture, Versus’ sounds are filled with tracks that range from hypnotic and warehouse.

As of recent, the duo has made their Marylebone Records debut with their single Ain’t No Stopping — a floor-filling, upfront house record with vocals from Ola and a remix backed up by Phonix. The single is a party-starting house cut of the very highest order; with crisp percussion, thunderous low-end, and an uplifting vocal courtesy of Ola. On the remix, Phonix takes things deeper with a syncopated synth line and progressive vibes that provide a subtle and different take on the original.

Hi Versus, welcome to 6AM. We’re glad to have you two on and to talk about your upcoming release and your artist journey as a duo. What’s been new with you both as of late? What’s been keeping you both busy in the U.K.?

Thanks for reaching out and having us on 6AM, appreciate the love! We pretty much live in the studio Monday – Friday 10-12hrs per day! So yeah you can say we’re keeping busy haha.

You two have been hustling with your craft and pushing through the British club scene and other international scenes as well. As U.K. artists, can you share with us any of the clubs/venues in the U.K. that you both ventured into the beginning that hooked you into the house and techno scene?

Where do we start, the clubs which were an introduction to the House & Techno scene for us were: Starlight 2001 in Leicester, Sanctuary in Milton Keynes, Sankeys here in Manchester, Lakota in Bristol, and Casa Loco in Leeds…these clubs definitely got us hooked on this sound we love today! 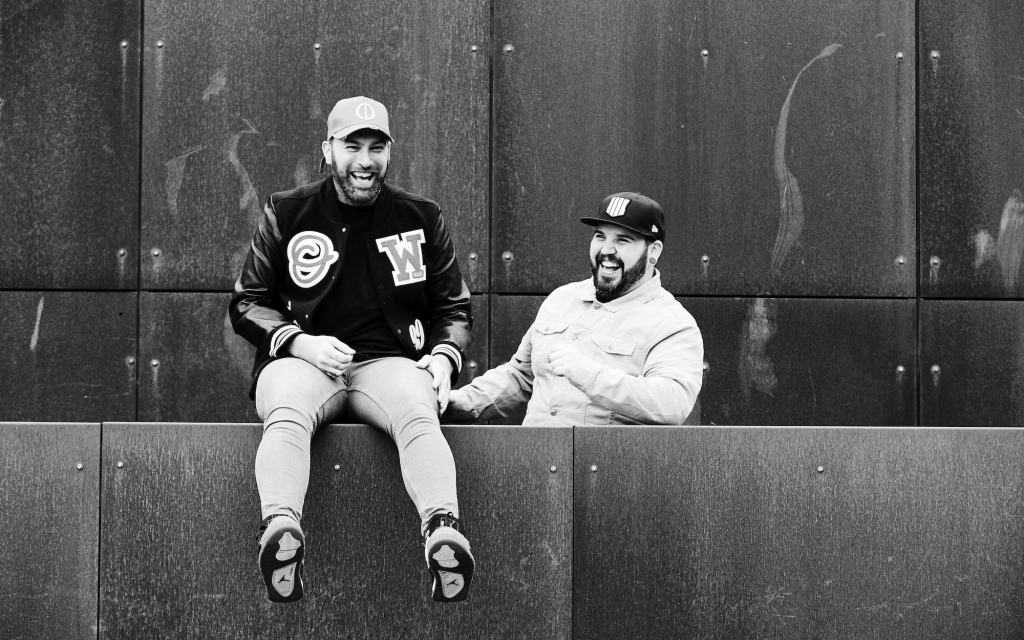 Read Next: Progress Your Knowledge With This Progressive House Music Guide

Speaking of hustling, you two are anticipating the August release of your track “Ain’t No Stopping” with vocals from Ola on Marylebone Records ㅡ Phonix will also be on remix duties as well. What was the creative process like? What was it about classic house and rave culture that inspired you two for this track?

We’re massively influenced by the American sound, those weird glitchy spacey sounds…you know, the ones you hear a lot in Dirty Bird releases — Chris Lakes‘ tunes; so we wanted to write a beat which was this style. We wrote and laid the beat down in pretty much a day, but needed a vocalist. We called a friend who hooked us up with Ola — she came and nailed it.

Watch Versus “Ain’t No Stopping”


Then needed a remix, so we called our friend Phonix who delivered a really good remix; it’s stripped back and groovy! He’s playing on one of the main stages at Creamfields this year with Pete Tong…so who knows, you might hear his remix being battered there.


“We’re massively influenced by the American sound, those weird glitchy spacey sounds; the ones you hear a lot in Dirty Bird releases — Chris Lakes’ tunes; so we wanted to write a beat which was this style. We wrote and laid the beat down in pretty much a day.”

Using what inspires you can lead to artistic efficiency and creative flow. 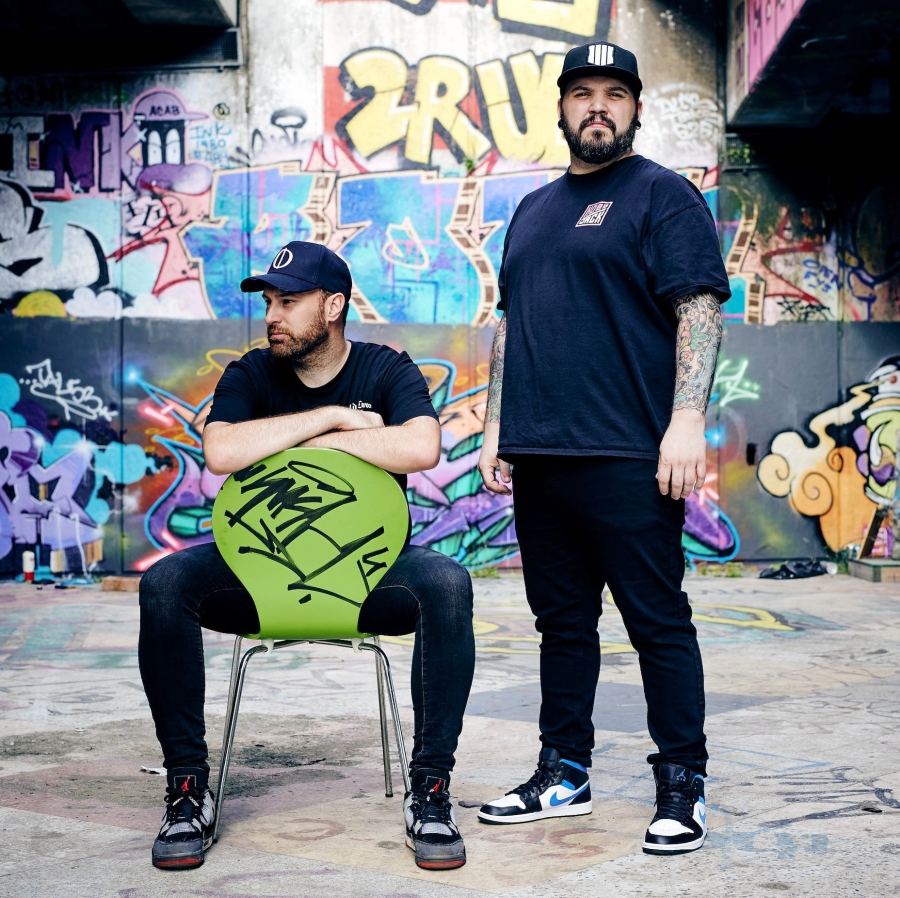 You two have been killin’ it by releasing on other iconic labels such as Ultra Records, Repopulate Mars, Under No Illusion, SOLA, and Realm. Are there other labels that you look forward to collaborating with?

We would like to release on Chris Lakes’ Black Book, it’s such a cool label putting out great music….also Dirty Bird and Insomniac. There’s a few!

As a DJ duo, we’d like to know the secret to you two working so well together. What’s some important advice to new DJs that want to work as a duo ㅡ what things should be avoided, and how does one find the right music partner?

Two heads are better than one, as they say…we split the workload….one of us will be on the emails, sending promos to our database, social media updates, etc., and the other will be on the music, sampling, etc.! It really works well for us! Advice: find someone who you don’t mind spending 60+hrs a week in the studio with :-).

“We split the workload — two heads are better than one as they say. It really works well for us! Advice: find someone who you don’t mind spending 60+hrs a week in the studio with.”

Mutual respect lays the foundation for working as an artist duo.

What else can we expect from Versus in 2022?