More Artists Reveal that Verboten Hasn’t Been Paying Them 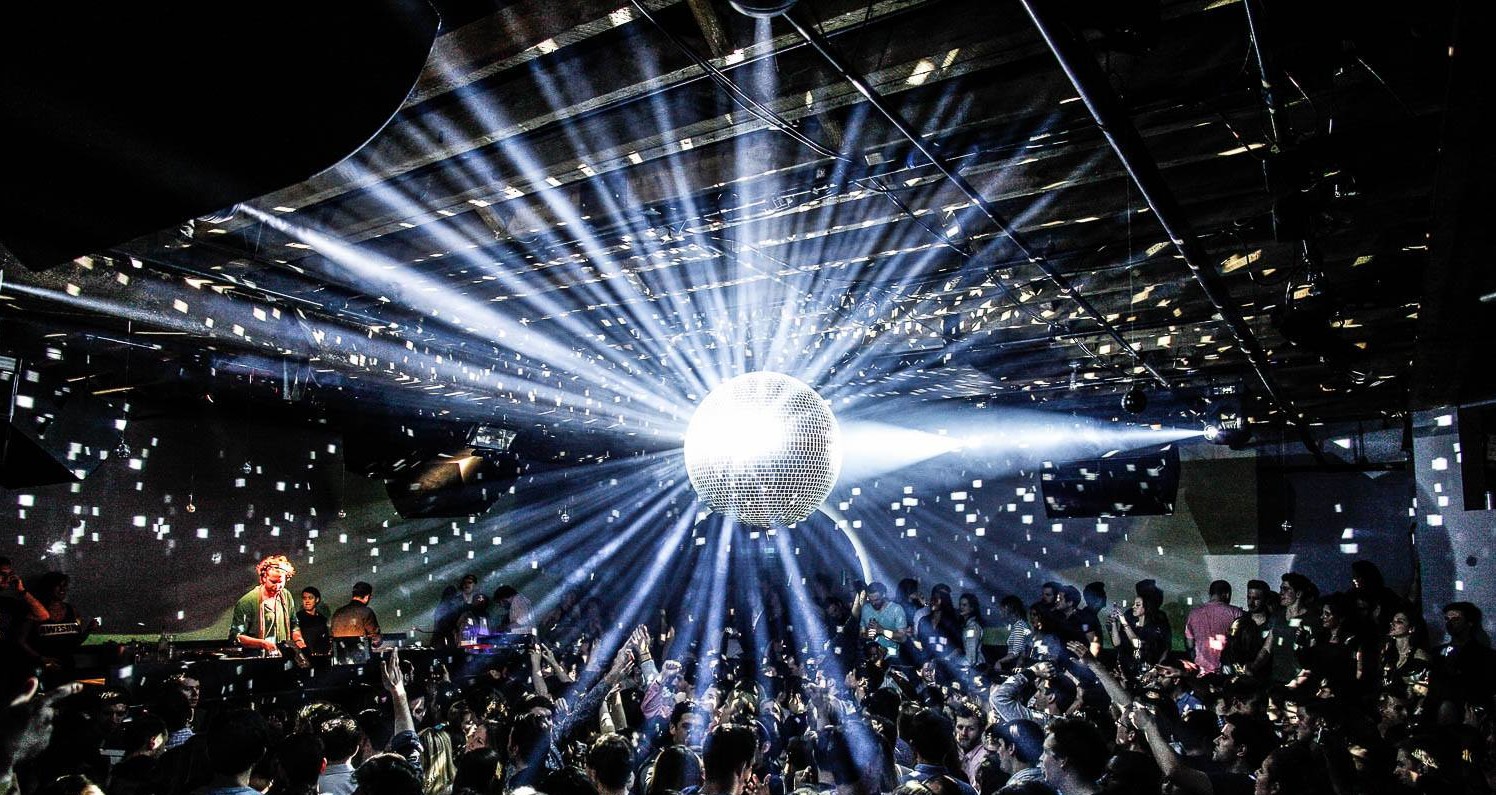 More Artists Reveal that Verboten Hasn’t Been Paying Them

Earlier this year, THUMP ran a story highlighting the accusations made by a group of investors of Brooklyn’s Verboten nightclub that the club’s founders and operating partners were guilty of mismanagement and fraud.

At the time, the accusations came via a letter dated January 7 2016 addressed to “Friends of Verboten” and signed by a man named Brian Edwards McGuinness who claimed that he and thirteen other investors were taking legal actions against the club’s founders and operating partners, Jen Schiffer and her husband John Perez. According to McGuinness, the trouble began when Schiffer and Perez failed to provide the club’s investors with the needed information on the venue’s finances and operations, raising suspicions as to where and how the money invested was being used.

The letter specified that several of the club’s staff had not been paid part of their salaries due to an overdue payroll. THUMP had reached some of these workers who confirmed, under anonymity, that these allegations were true. When reached for comment by THUMP, Schiffer vehemently denied these allegations, labeled them as libel and slander and went so far as to claim that it was the investor’s “intention to hurt the company, DJs, and the scene as a whole.”

Following the news breaking, however, rumors began circulating that Verboten may not only have been guilty of finance mismanagement and fraud with regards to invested funds, but had also specifically failed to pay artists that had been booked to play at the Williamsburg location. These were largely “industry rumors” with no high-profile artists coming out with specific accusations against the club.

Today, however, Berlin-based producer and DJ Lee Jones has come out with a public Facebook status on his artist page accusing Verboten of having ripped him off, and asking if any other artists had been too. In the comments, he was joined by other illustrious artists such as Heidi and Matthias Meyer who also weighed in with negative experiences from playing at the club.

Heidi went as far as to comment through her personal Facebook profile, stating that her agency (Liaison Artists according to social media info) has blacklisted the club and won’t book any artists on their roster at the club anymore for these exact reasons. She also stated that her agency is owed an “extreme amount of money.”

Matthias Meyer, signed to Watergate Records alongside Jones chimed in claiming that the entire roster of artists billed at the club for their label’s showcase has failed to receive payment. Records show that the showcase occurred on January 9th, with Jones and Meyer billed alongside Tiefschwarz and Julia Niko two days following the original letter by investors exposing the alleged fraud by the club’s management.

Other industry professionals, including agents and artists, are commenting on the status weighing in on these allegations. You can see all the comments directly on Lee Jones’ Facebook post. 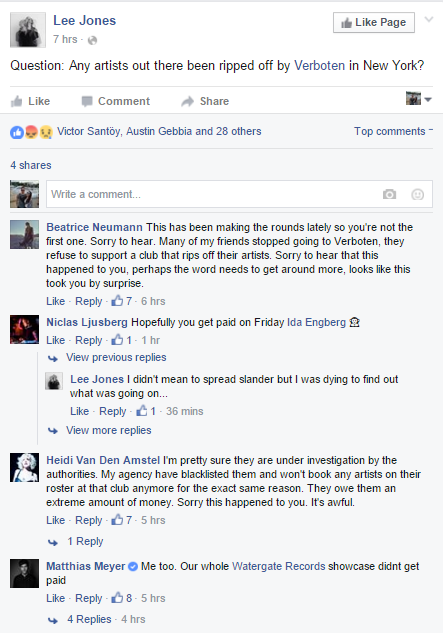 Question: Any artists out there been ripped off by Verboten in New York?