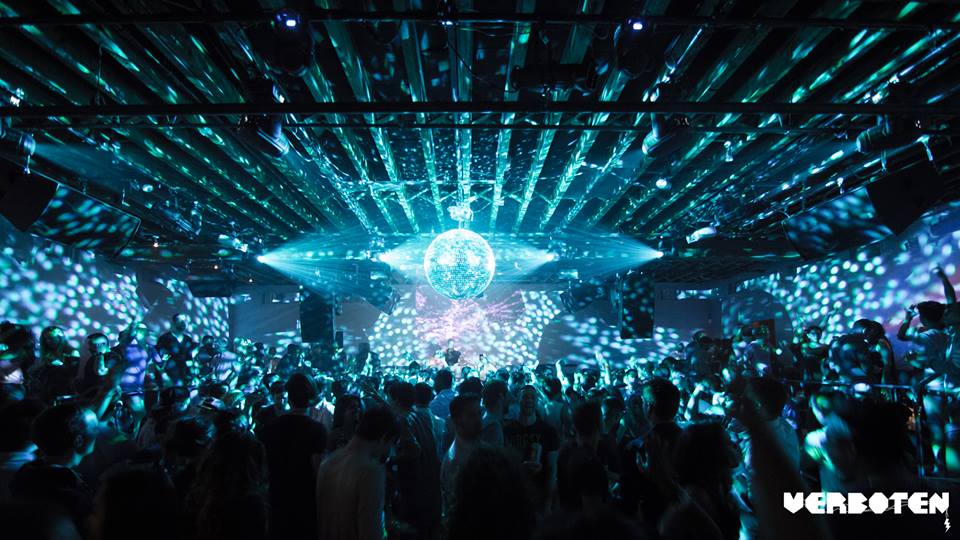 In recent months we reported that Verboten New York had allegedly failed to pay artist and was being sued by investors for supposed fraud and mis-use of funds.

Today, news surfaced that the Brooklyn club has been seized by the State of New York as fans of the club began tweeting and sharing photos of a notice reportedly posted on the front doors of the venue.

The sign, which you can see clearly below, states that the venue has failed to pay taxes and has thus been taken in possession by the state.

There is no doubt Verboten New York played a pivotal role in the resurgence of the techno and house scene in the city of New York over the last several years, leaving many to wonder what exactly went wrong with what was considered one of the most respected clubs in the city. 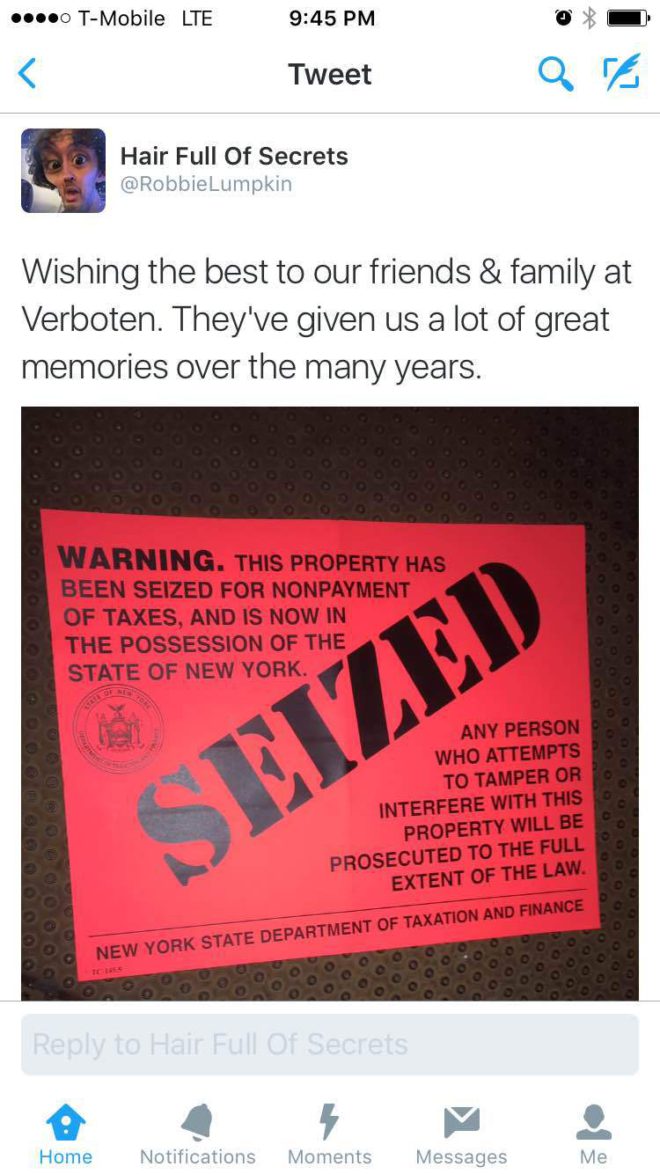