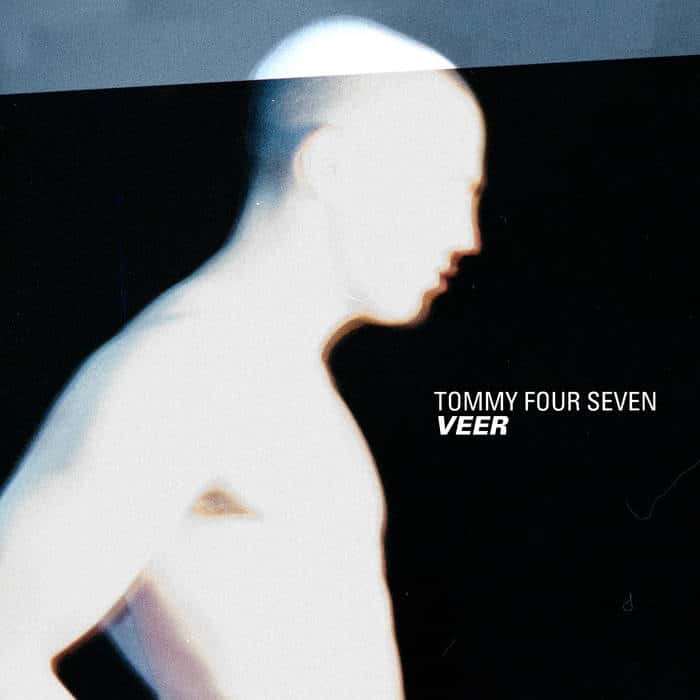 Tommy Four Seven is back with his first long-player since 2011, Veer, out on his own 47 imprint; it’s 20th release and first full-length album. This will be his second solo LP following two from his collaborative project, These Hidden Hands, with Alain Paul. Now with complete control over the project once again, Tommy Four Seven can display his throbbing style in full force.
Over the course of these ten cuts the British techno maven displays his affinity for the complete spectrum of sounds, rhythms and styles that can be classified as techno. Hidden Hands was a project grounded in dissonance rather than dance music, but ‘Veer’ reminds everyone of Tommy Four Seven’s roots; harkening back to his early releases on labels like Speedy J’s Electric Deluxe and Darko Esser’s Wolfskuil Records.

Pure metronomic techno tracks like “2084” exist alongside heavy breaks like “X Threat” for a truly divergent experience, and Tommy Four Seven’s sound design is a grueling testament to industrial. This is not simply a collection of club records though, circumvented by intros and outros designed for maximum pliability. Tommy Four Seven acts with restraint, using every track as a step towards a final conclusion in congruence with what an album is supposed to be.