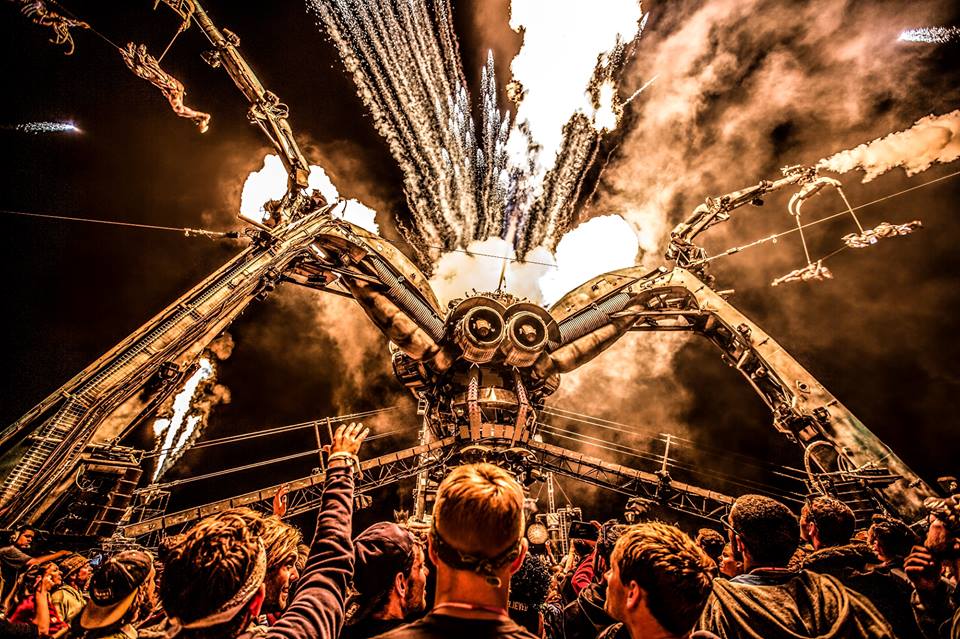 In 2015, Ultra Music Festival announced its first Resistance stage featuring top names in techno, house and deep house. Admittedly, the stage was more like a DJ booth but with 360 degree views, metallic tree structures, pyrotechnics, and an impressive line-up, it drew considerable crowds and was regarded by many as the festival’s best-kept secret.

The initial lineup has been announced for the entire festival, and this year the Resistance Stage is bringing an equally-packed roster of talent. Big names such as Maceo Plex, Jackmaster, Seth Troxler and Jamie Jones are joined by the likes of andhim, Joris Voorn, Mind Against and Thugfucker just to name a few.

This is only the beginning of what is set to be yet another massive list of acts to rival the Carl Cox & Friends Arena at Ultra. Ultra is again teaming up with Arcadia Spectacular on stage set-up and they have announced that this year Resistance will feature the North American debut of the Arcadia Spider used in other festivals around the world.

Full line-up and information are available on the Ultra website.