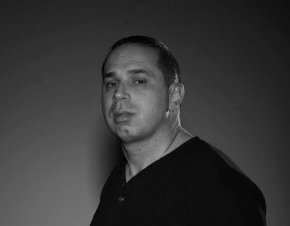 Miami’s electronic music scene takes a devastating blow.  According to Miami-Dade County Medical Examiner, Ultra Music Festival Co-Founder, Alex Omes, died at the young age of 43 on Monday.  Cause of death has not been released yet.  Alex Omes’ brother Carlos Omes says, “He was my only sibling and my best friend.  He was strong and in perfect health.  His sudden and untimely death is seemingly unimaginable. … [We] find solace in knowing that Alex touched so many people and that his memory will not be forgotten.”

Alex moved to Miami with his family from Argentina at the age of 9.  After graduating from Miami Beach Senior High and working as a bouncer at the Cameo Club on Washington Ave., Alex Omes co-founded Ultra Music Festival with Russell Faibisch in 1999.  Since then, Ultra Music Festival has become an integral part of the Miami Winter Music Conference.

On Tuesday, Ultra Music Festival released this statement:
“The organizers of Ultra Music Festival extend their deepest condolences to the family of Alex Omes and are saddened by the news of his passing. We will continue to remember and celebrate Alex for his love, passion and contributions to the Electronic Dance Music community.”

Although Alex passed, he left the world with much love, music, and celebration in the form of Ultra Music Festival.  Rest in peace.