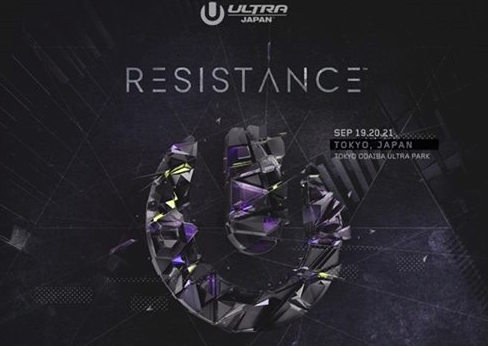 Ultra Japan has announced their line-up for this years Resistance Stage. Earlier this year Ultra decided to widen their dance audience by bringing in the underground sound to their festival makeup. Ultra Miami brought in artists such as Tale of Us, Dixon, Joseph Capriarti, Guy Gerber, Jamie Jones, Maceo Plex, and Ultra is following a similar path for the Japanese edition. Ultra Japan will see the likes of Sasha and John Digweed, Nic Fanciulli, Harvard Bass, and Henry Saiz, among others.

A handful of Japan’s finest and most respected DJ’s will also be making appearances on Ultra’s Resistance Stage. One of the most familiar names in the industry, Satoshi Tomiie, will hit the decks on the first day of the event along with Osamu M, a rising talent of Japan. Sugiurumn of Bass Works Recordings and DJ Sodeyama will play on the second day of the event and are sure to represent the country to the best of their musical abilities

Ultra Japan will take place On Sunday September 20th and Monday September 21st at Tokyo Odaiba Ultra Park. Stay up to date with Ultra by following the information below.