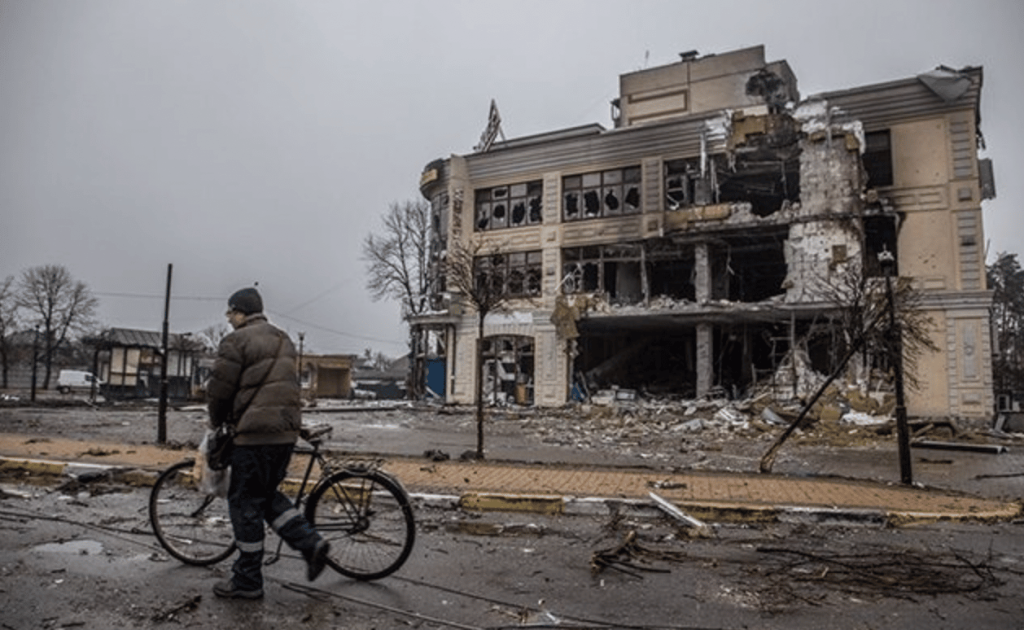 Volunteers in Ukraine are banding together to help rebuild their cities with the help of “clean-up raves.”

The operations have been taking place in areas Ukraine most impacted by the Russia’s invasion, with volunteers helping to rebuild bombed-out homes and destroyed territory.

At a ‘clean-up rave’ in the village of Northern Ukraine’s Yahidne, one DJ took to the decks while young volunteers helped rebuild local homes.

Speaking to Euronews, volunteer for Ukraine’s Repair Together organisation, Tatyana Byrianova, said: ”We came here and wanted to support people who survived after the Russian occupation. In Kyiv, it was a normal situation, but here it was really awful.

“Techno parties, especially rave festivals, it was our lifestyle before so we miss it and we want to come back to normal life but our normal life now is volunteering.”

The majority of young volunteers came from Kyiv to help rebuild homes across the country, while others joined from cities including Lviv and even further around the globe, such as the US, Germany, and Portugal.

The volunteers, most of which are in their 20s or 30s, are shown dancing to techno in a new video from Euronews as they cleared pathways and helped to clean up the territory. So far, the group has helped to rebuild 15 damaged homes in the village of Yahidne.

Find a list of ways you can help Ukraine here.