Since the Russian invasion of Ukraine many artists have stepped up and voiced their protest against the war. However, Nina Kraviz posted a very not well received Instagram post and has been silent on social media since. Many have critiqued the Russian artist for her lack of protest but Ukrainian artist Nastia, took to social media over the weekend and continued the criticism of Kraviz.

In Nastia’s Instagram post, she shared a picture of Kraviz enjoying a bubble bath in an interview she did with RA some time ago. In the post Nastia call’s out Kraviz’s silence and states that she ”  expect[s] her to say that she is ‘scared for her parents’ and ‘they are in danger’ which is the main excuse for those Russians who try to escape from responsibility.” She continues on to say, “I am calling her out because she is a public person and for such a big media person you can’t stay silent for 2 month and doing your business like nothing happened. You are responsible for the power that people gave you.”

Read Next: While In Ukraine, Artbat Protests The Russian Invasion

However, even though there were many artists who have also been critical of Kraviz’s silence, many big techno artists have come to the defense of Kraviz and even criticize Nastia on the comments of her post. 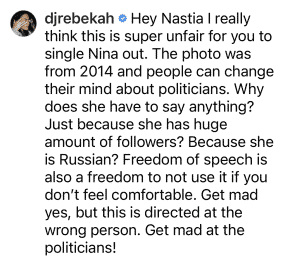 Other artists recognized the complex situation and called for a union to keep the criticism towards the source of the conflict. 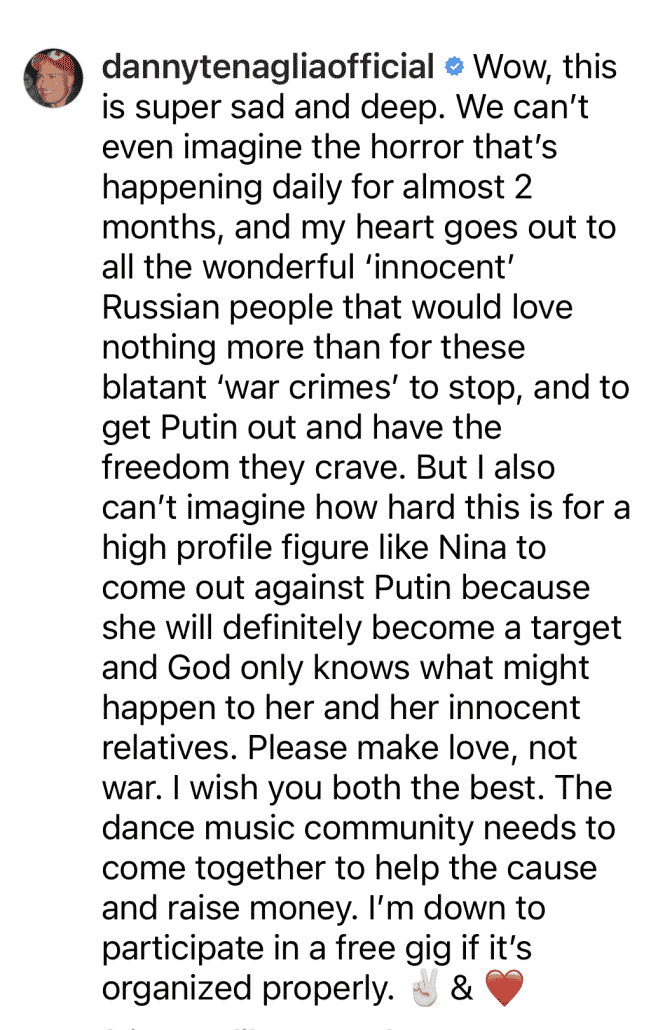 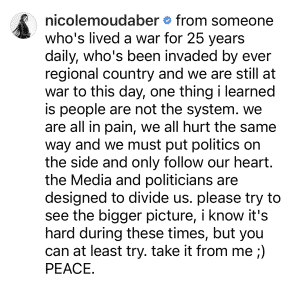 Nastia responded to the negative backlash with a series of text posts criticizing those that defend Kraviz as being “naive” and that Nina is a “li[a]r, pretender, actress”.

So far no comments from Kraviz has been noted.