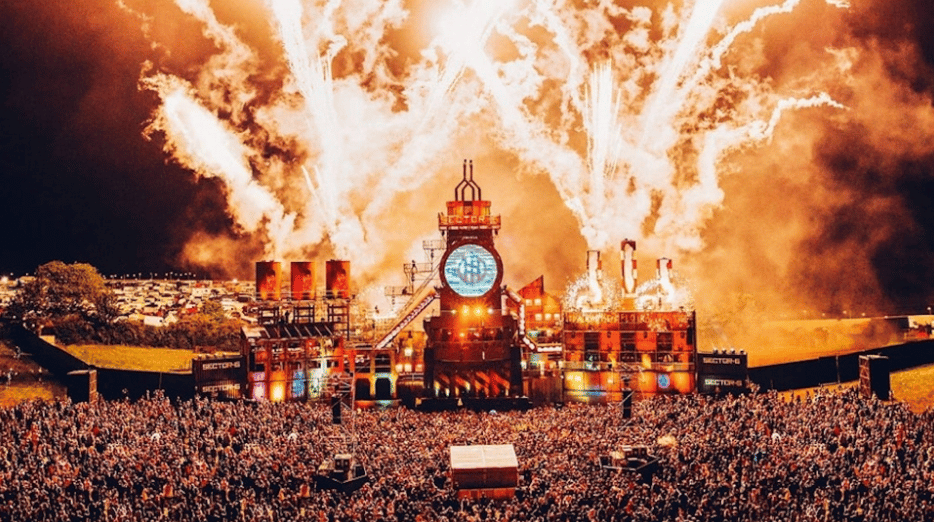 Famously one of the UK’s most fiercely independent festivals, Boomtown Fair sold a 45 percent stake to Live Nation, Gaiety Investments (which is owned by Live Nation UK) and SJM Concerts in August. Speaking to Resident Advisor, cofounder Lak Mitchell said the investment could reduce the festival’s impact on the environment by helping “eradicate all diesel generators” and pushing Boomtown closer to its goal of 100-percent dependency on solar energy.

Mitchell also said the new corporate partners would free up substantial funds to enhance Boomtown Fair’s artistic production, such as the theatrical film sets that have come to define the festival. “This investment gives us financial stability to produce a radically greener festival while doing what we do creatively, in an even better way,” he said.

That said, some fans, artists and industry folk remain wary of the corporate partnership. Voshti (not their real name) has managed sustainability projects at various Live Nation events for the best part of a decade. They don’t trust the conglomerate.

“Live Nation’s focus on shareholder value means they squeeze events with cost-cutting tactics,” Voshti said. “The decor at Reading, Leeds, Download and Creamfields is close to zero and those events have no soul.”

Also, Live Nation’s control over generators, plant vehicles and other infrastructure in the festival supply chain forces larger events to depend on them, Voshti continued. Bulk purchasing of technical equipment is cheap for Live Nation but much costlier for events to hire independently.

While Voshti acknowledged Boomtown Fair’s sustainability goals, they’re sceptical of Live Nation’s promise to deliver. The entertainment giant “will say whatever it takes to get a licence then do the bare minimum,” Voshti said. “I’ve never seen [Live Nation] come through on any of their big promises, so I’ll believe it when I see it.”

Live Nation currently owns shares in several leading dance music brands, such as Liverpool club Cream and The Warehouse Project in Manchester. According to the Association of Independent Festivals (AIF), Live Nation owns more than 25 percent of UK festivals with more than 5,000-person capacity. These include Creamfields, Parklife and Wildnerness. From 2002 through 2012, it also held a stake in Glastonbury through Festival Republic, a promoter operating under the Live Nation umbrella.

This huge portfolio has raised several antitrust issues. Earlier this year, Live Nation Entertainment, the company formed from a merger between Live Nation and Ticketmaster, came under fire amid claims of monopolising the market.

Boomtown Fair’s stake sale came during a period of dire financial stress. According to Mitchell, the festival lost almost £2 million after the 2020 edition was cancelled due to the pandemic. Not even a £990,000 grant from the Arts Council Cultural Recovery Fund was enough to keep it afloat and appeals for further emergency funds were turned down. A lack of financial reserves led to another cancellation in 2021. Boomtown Fair’s new corporate partners mean it should never have to cancel another edition.

Esme Grenham has been attending Boomtown Fair since 2016. She said she understood the need for extra cash. “Considering how much the festival was impacted by Covid-19 and the debt this generated, it was probably a good choice to get some help,” she told RA. “I love Boomtown Fair very much and I would hope they made the right decision so the festival can keep going.”

Stu Housely, who spent several years working at Boomtown Fair and now runs Big Love Festival in Wales, agreed. “I don’t think [Boomtown] would have made this decision lightly,” he said. “Ultimately, there might not have been another Boomtown… I’ve every confidence they’ll continue to produce one of the best shows in the world.”

It remains to be seen whether the investment will lead to higher artist fees. “Most of us at Boomtown Fair do it for the love but if selling shares means we get properly paid, then brilliant,” said Henry Lee Turner, one half of the duo Gorilla Tactics, who played the festival this year.

He isn’t too optimistic, though. “Glastonbury sold a large share and they’re still renowned for paying the worst rates in the industry,” he added.

Desmond is also a director of Gaiety Investments Limited. SJM Concerts, according to its website, promotes more than 2,000 concerts in the UK every year. Its managing director, Simon Moran, is also director of the Academy Group, which operates venues such as O2 Shepherds Bush Empire and O2 Brixton Academy.

In a joint statement sent to RA, Live Nation, Gaiety and SJM said their “objective is to support Boomtown Fair to continue their incredible and unique style of creativity, a style that is vital to the UK’s festival culture.”

Mitchell also insists the festival will retain control over its values. “We’ve seen first hand this working for many of our friends who run festivals like Glastonbury so we had full reassurance of this working for us too,” he said.