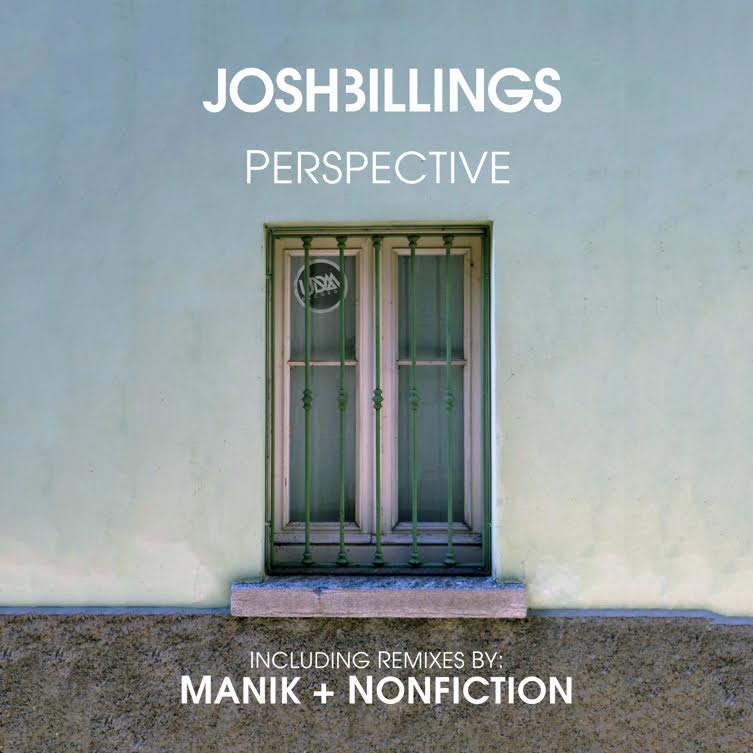 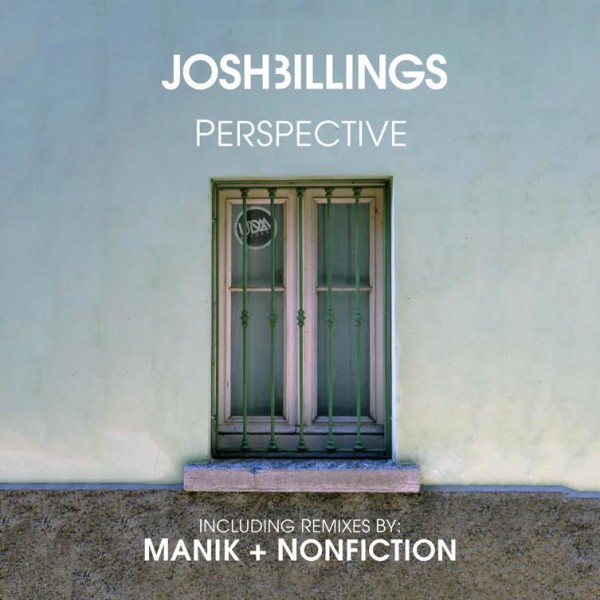 As one of the chief visionaries behind the iconic Focus party in Costa Mesa, it was only a matter of time before Josh Billings stepped back into the realm of production. His Perspective EP will mark the first release for UDM Records, and is accompanied with remixes by fellow Focus visionary, Nonfiction, and the ever talented producer, MANIK.

Starting with a consistent foundation, the original mix employs a catchy vocal hook with resonate stabs and a growling bass. Taking a less is more approach, the elements of the track can breathe easily among each other which would certainly help drive the party into a favorable direction.

MANIK steps up on his remix of Perspective with a certified dance floor thumper. Gated vocals from the original mix are used throughout, with hi hats running through a series of phasers that complete change the atmosphere of the groove. With the inclusion of some sustained strings and a heavily modulated synth lead the track turns into a proper club affair.

Nonfiction rounds off the EP with his growling interpretation of the original mix. It’s a no-nonsense groover that is sure to be a go-to track for setting up proper club room vibes. A labels first release is always a memorable occasion, and UDM brings forth a great EP package with these artists to start their journey.

Perspective is now available on Beatport, Traxsource, and Juno Download. For more information, and for an exclusive interview with Josh Billings and Nonfiction, take a look below.

“Perspective” is the first release on UDM Records. Can you tell us about the label and what it means to be featured as the initial release?

Josh Billings – Jose (Nonfiction) and I have been friends and DJ partners for 12+ years. He had been talking about starting a label for a while and when he finally put everything together, he told me he wanted me to do the first release. I had been working on something for a little and I really didn’t want some random label to just throw it up on Beatport, post it on Facebook and say “marketing complete.” I knew UDM Records would do it proper, so I decided to go with it.

Nonfiction – He’s super talented and I wanted to promote him properly…really happy that we had the opportunity to put this out and as the label’s first release no less!

What motivated you to create the EP? Has this release changed or inspired you to keep creating more music?

JB – I had something going before the label was finalized, but once it was, I tailored the track to fit more with the label’s sound. Jose (Nonfiction) wanted a more urban / underground direction and I wanted to explore music with more space. This track ended a little busier than I originally intended, but honestly, came out perfect.

NF- I’ve seen this song do some serious work on many a dance floor.  Josh truly fine tuned it and it’s been one of his standout tracks every time he plays it out.  The end product is exactly what we wanted, and I don’t say that very often.

What were some of the primary tools used for this EP?

JB – I used Cubase as my main DAW, Guru for drums and percussive bass (pitched samples) and Ozone for the master signal chain. My monitoring setup includes the Samson Rubicon r6a + a Rokit 10” subwoofer with an external EQ/delay to align the speakers.

As a producer, what do you favor – short and intuitive sessions or long studio marathons?

JB – I do LOT of short – medium sessions. I think I was on revision 70 by the time I called this track finished. The long marathons don’t work well for me, because I hear the same thing over and over again and it just starts to lose meaning. Kind of like when you say a word over and over again…it doesn’t make any sense.

Can you share with us your studio essentials? What do you always need with you when working on a track?

JB – Cubase and the Guru plug-in is how I start every track. I swear by Guru for drum and sample programming although I think they came out with a new thing (Geist) that’s probably a lot better, but I just haven’t had the time to upgrade. I do like to work with an L2 on the master chain just to kind of hear how things sound. Having coffee in the studio is always nice though.

How will the Perspective Release Party at Focus differ from other nights at the venue? Focus naturally draws a very dedicated and local crowd – what are your expectations for the Release Party?

JB – Personally I just want it to be as close to an anniversary party as possible. These events are where all of our friends from over the years come out of the woodwork to show some love. This is the first big release I’ve ever done and I’m putting everything I’ve got into it.

Thump dubbed the Focus party “California’s best kept secret” – not many would argue. Looking back on Focus, what are/were some of the key things you guys did to achieve the success of the Tuesday night party?

JB – Love is the main thing that has kept it going. If you love something, it doesn’t feel like work. It was just something I wanted to be doing all the time…and I wanted it to do well.  I also quit my “day job” and that gave me a lot more time to focus on…well…Focus. It was a risk, but one that I’m glad I made. Creating something exciting and fun 52 nights a year is tough, but something we try and achieve every Tuesday. We also make sure to ONLY do stuff we’re personally excited about. We never do events strictly motivated by whether or not we can make money.