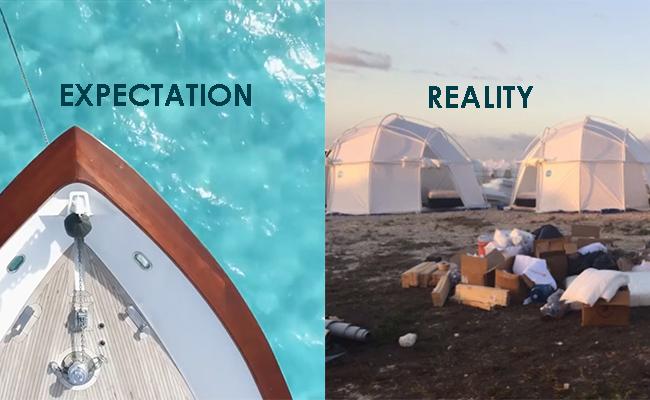 The U.S. Marshal Service is now holding an online auction for 126 lots of minor assets from the fraudulent Fyre Festival planned by William “Billy” McFarland and Ja Rule that was scheduled to occur in the Bahamas in 2017.

The auction is being held by U.S. Marshals auction vendor Gaston & Sheehan on the web at www.txauction.com. Registration and bidding are currently underway, with the auction ending in three days on August 13.

“This Fyre Festival-branded clothing and other items that were seized from Billy McFarland were originally intended to be sold at the Fyre Festival itself but were kept by McFarland, with the intent to sell the items and use the funds to commit further criminal acts while he was on pre-trial release.

“The proceeds from the sale of these items, all traceable to McFarland’s $26 million fraud, will go toward the victims of his crimes.” – U.S. Marshal Ralph Sozio of the Southern District of New York.

McFarland engaged in a scheme to defraud over 80 investors in Fyre Media Inc. and Fyre Festival LLC, as well as a Fyre Festival ticket vendor, causing more than $26 million in losses. 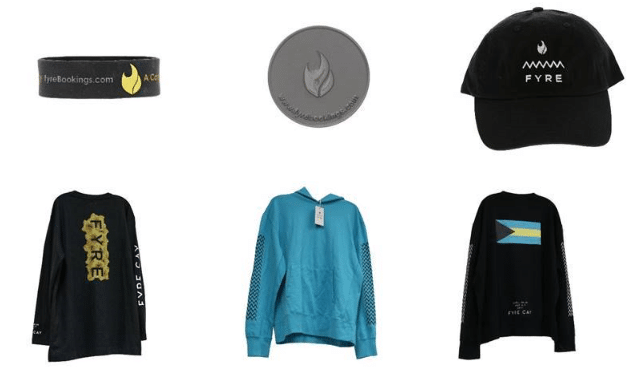 The Federal Bureau of Prisons inmate locator shows McFarland currently in prison with a release date in 2023.

To register and for more information/additional photos on the Fyre Festival Auction visit the auction website: www.txauction.com

For more information on the U.S. Marshall Service announcement of the Fyre Festival Auction click HERE.

Fyre Festival was a fraudulent luxury music festival founded by Billy McFarland, CEO of Fyre Media Inc, and rapper Ja Rule. It was created with the intent of promoting the company’s Fyre app for booking music talent. The festival was scheduled to take place on April 28–30 and May 5–7, 2017, on the Bahamian island of Great Exuma.

The event was promoted on Instagram by social media influencers including Kendall Jenner, Bella Hadid, Hailey Baldwin and Emily Ratajkowski, many of whom did not initially disclose they had been paid to do so. During the Fyre Festival’s inaugural weekend, the event experienced problems related to security, food, accommodation, medical services and artist relations, resulting in the festival being postponed indefinitely. Instead of the luxury villas and gourmet meals for which festival attendees paid thousands of dollars, they received prepackaged sandwiches and FEMA tents as their accommodation.

In March 2018, McFarland pleaded guilty to one count of wire fraud to defraud investors and ticket holders, and a second count to defraud a ticket vendor that occurred while out on bail. In October 2018, McFarland was sentenced to six years in prison and ordered to forfeit US $26 million. The organizers became the subject of at least eight lawsuits, several seeking class action status, and one seeking more than $100 million in damages. The cases accuse the organizers of defrauding ticket buyers.

Two documentaries about the events of the festival were released in 2019: Hulu’s Fyre Fraud,[4] and Netflix’s Fyre: The Greatest Party That Never Happened. It was also featured on an episode of the CNBC series American Greed in 2019.