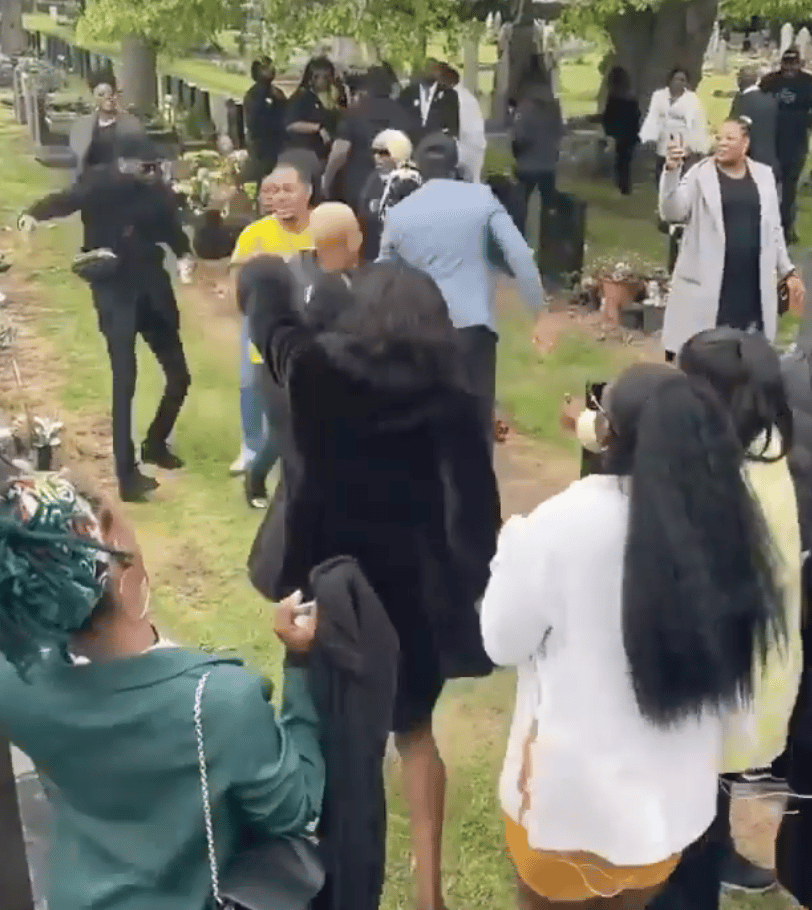 They say a funeral is a celebration of life, be it through the rehashing of memorable stories or reminiscing with old photos. One ceremony in the U.K., however, perhaps took the celebrating beyond what one might ordinarily expect for the occasion.

Following the somber graveside service for one woman buried at the Witton Cemetery in Birmingham, the funeral party decided it was time to break out the decks. In a clip that has since gone viral, a DJ is seen serving up dancehall grooves to attendees who are eager to move as music booms over the speakers.

With almost immediate effect, the funeral party was seen dancing energetically at the grave site in honor of the deceased. The way the entire gathering collectively embraces the moment in unison, you can’t help but believe that this is precisely the warm tribute and the deceased would have wanted.

The original video, obtained by Birmz Is Grime, was viewed over 40,000 times in less than a day after its release, according to BirminghamLive. You can watch footage below.

Read Next: Ellen Alien set to release latest part of ‘We Are Not Alone’ Compilation