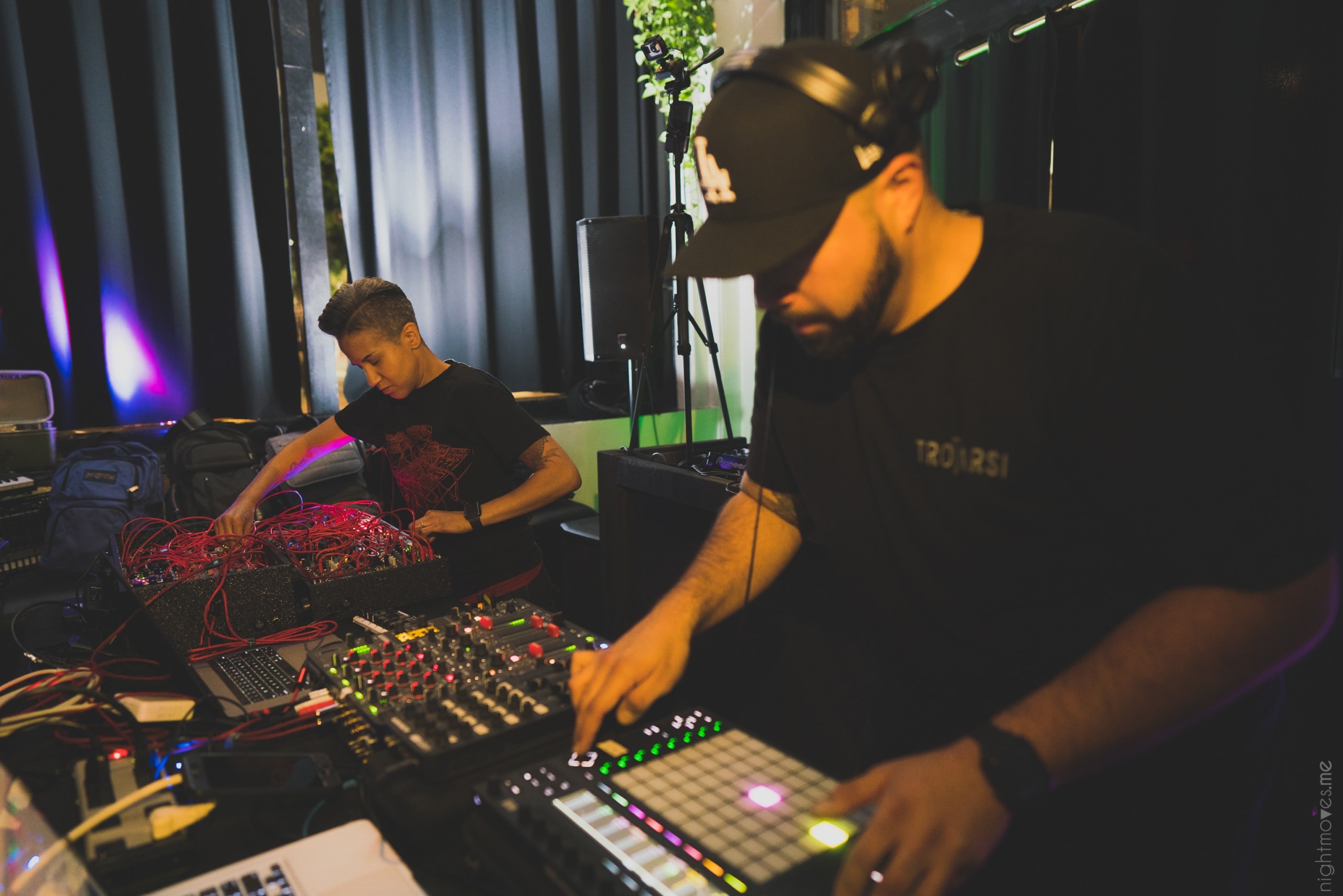 Constellations: Andromeda – Compiled and Mixed by Trovarsi & Shaun Cruda is the second episode in SLC-6 Music‘s Constellations mix compilation series. The label has turned to Los Angeles-based artists Trovarsi and Shaun Cruda to weave a musical tale mixing exclusively SLC-6 tracks. Their continuous mix is comprised of many of their own originals and remixes, including three new tracks produced specifically for this release. Each with their own individual sound and flourishing solo careers, they produce and perform in tandem as well, synthesizing into a sound that is a blend of both their personalities.

The namesake of this episode, Andromeda, in astronomical terms is both a constellation and a galaxy. In Greek mythology the princess Andromeda is chained to a rock to pacify the angry god Poseidon, before being rescued by the hero Perseus. She is frequently depicted in ancient, classic, and renaissance art as an archetypal example of the captive princess in need of rescue. Within the universe, Andromeda is the nearest galaxy to our own Milky Way.

Today, we premiere an original and two re-works on the compilation from Trovarsi and Shaun Cruda themselves.

Purchasers of the entire unmixed release may send a copy of their receipt to music@slc6music.com to receive a digital copy of the full-length continuous mix.

Trovarsi a Los Angeles based music producer and live performance artist who brings a unique sound to the world of electronic music. With a hybrid blend of analog synths, modular, drum machines and Ableton, building a pulsing atmosphere to every set. During the last few months Trovarsi has been staying busy with producing content via live streams, interviews and modular / synth demos for both Southern California Synth Society and Perfect Circuit a premiere Eurorack Modular, Synthesizer, Drum Machine, Effect Pedal, Pro Audio & Vinyl Shop. Socal Synth Society is a community that focuses on all things synth. They have hosted events, DIY builds and even lectures with some of the leading Modular Synth Artists. As a founding member of the synth society she continues to share her passion and love for music and music production to the community. She continues to push the boundaries and has become a valuable and respected artist.

Shaun Cruda a Los Angeles native and music producer who takes inspiration from many musical influences. In the past few months Shaun has been busy both producing and performing via live streams. Just because we are quarantined doesn’t mean he has slowed down. On the contrary, he has actually amped up his game. Most recently hitting #1 on the Minimal / Deep Tech Release charts on Beatport. The release was a remix of MadHouse DJ’s LA colleague Mario Fitoria’s title track of his EP Cahondo, out now on Tech Avenue Records. Recently also performing a Modular Synth Hybrid set for New York Modular Society, alongside some giants in the modular community. Shaun continues to learn and tell his unique story through his music and performances.

Trovarsi and Shaun Cruda have been working on projects together for years now and continue to deliver. Their blend of raw techy techno keeps us nodding our heads and tapping our feet to the infectious groove. They have become familiar names in the Los Angeles Underground Scene both as producers and live performers. They most recently have teamed up to deliver a mix entitled Andromeda, compiled of tracks exclusively on SLC-6 Music, a label in which they both released on previously. This continuous mix will also include two originals, one rework, and one mashup.

Constellations: Andromeda by Trovarsi and Shaun Cruda is available HERE