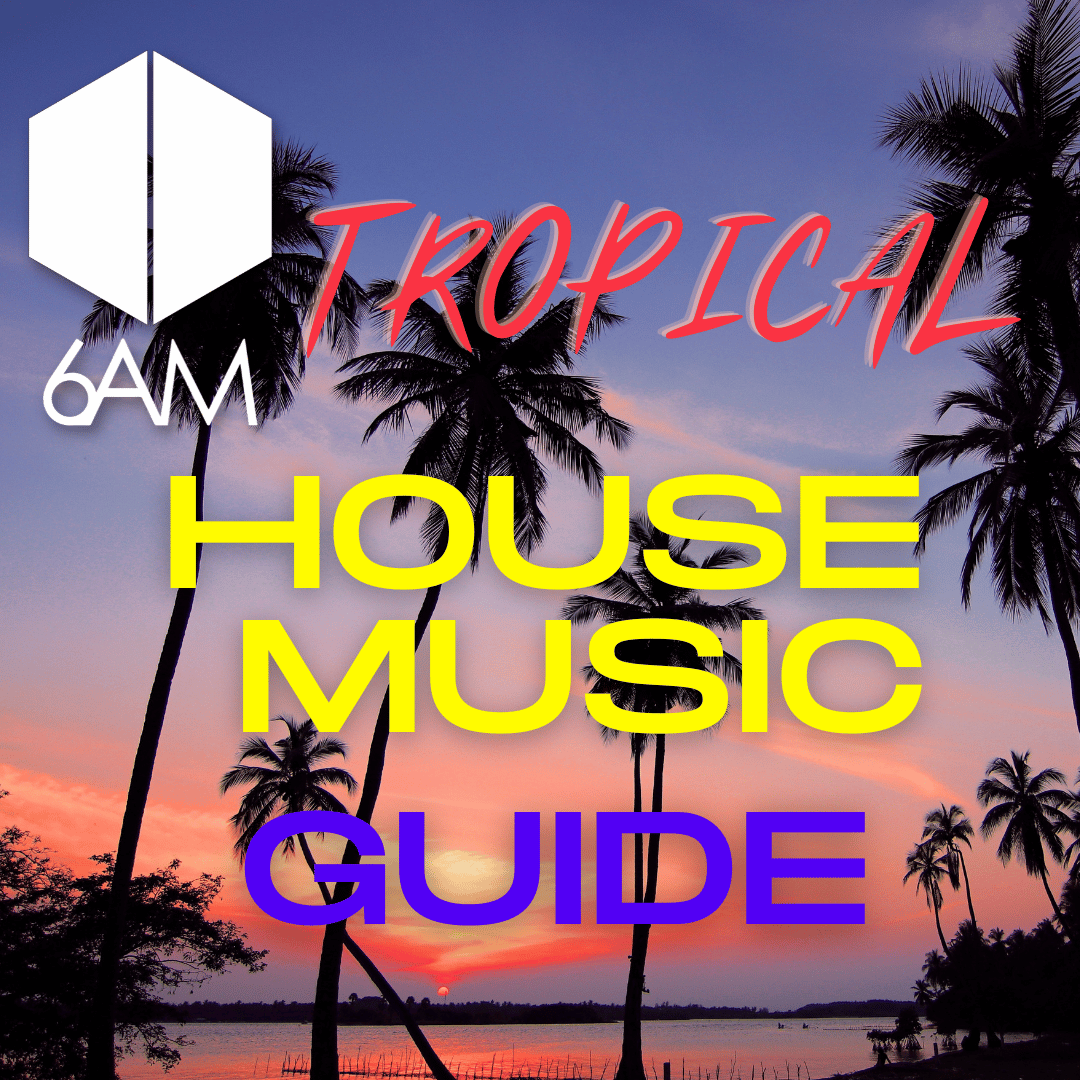 Tropical House is a subgenre of house music that has made its way to the mainstream side of EDM over the past few years. The rise in popularity has created a buzz around this subgenre and today 6AM takes a dive into the who, what, where, and when of the flavorful sound.

What Is Tropical House?

Tropical house derives from deep house and house music  taking aspects from dancehall and balearic house creating an exotic, uplifting, and carefree feel that posses simple melodies using a lot of pentatonic scales (limiting dissonance), a bpm typically between 100-115 which is  slower than most house music, and relaxed upbeat pop inspired vocals (sometimes with remixes featuring top pop artists). Giving the listener a feeling of a breezy dusk beach sunset on a tropical vacation. Tropical house was pioneered by 20 year old Australian producer Thomas Jack. In the early days of his music a friend of his jokingly used the term to describe his style of music and it stuck.

Around the mid to late 2000s artists Bob Sinclar and Yves Larock release tracks that drew from the 19802 Hi NRG music, which sounds like a sped up version of disco, to create a modern soulful, thought inducing, kind of world house. The characteristics passed on have clear roots stemming from these early days.

Around 2012 producer, Unicorn Kid, releases what was called tropical rave, were the “tropical” aspects mixed with a high bpm and structures featuring more snare rolls and drops. This genre gives the listener a feeling of being on a fast paced ecstasy thrill ride. With high pitch saw leads and that tropical percussion creating that island feel.

In the following year Klangkarussel releases “Sun Don’t Shine” which puts tropical house on the map, blazing the way the way for new artists to emerge and develop the genre into more of the version you see today. Huge records surface and you see the rise of Kygo, Robin Schulz, Alex Adair, Bakermat, and Sam Feldt to name a few. All gaining noticeable recognition with tracks getting upwards of 10s to 100s of millions of views on Youtube. The mainstream rise of the genre gained worldwide levels and was featured at renowned festivals such as Tomorrow Land and Ultra.

The instrumentation featured in his genre really sets that party-on-the-beach while on spring break vibe. With steel drum percussion, flutes, saxophones, horns, folk guitars and marimbas providing that island vibe. Easy to listen to and its positive feel mixed with a song structure that does not follow the mainstream dance music phase of big buildups and drops. Tropical house’s deep house roots show through with subtle changes in tension throughout the track.


Kyrre Gørvell-Dahll  also known as Kygo, is a Norwegian DJ and music producer who’s December 2013 remix of the track “I See Fire” by Ed Sheeran and his December 2014 single “Firestone” (featuring Conrad Sewell) gained world wide appeal. By June 2016 he surpassed over 2 billion streams on Spotify.


Sammy Boeddha Renders better known by his stage name Sam Feldt, is a Dutch DJ, record producer and entrepreneur. In 2019, Sam released his track “Post Malone”, which has hit 375 million streams on Spotify, as of November 2020.

Klangkarussell is an Austrian electronic music duo comprised of Tobias Rieser and Adrian Held. Having started their project in 2011, their biggest hit to date is “Sonnentanz”, which reached the top 10 in six countries (Austria, Belgium, Germany the Netherlands, the United Kingdom and Switzlerland).

Christophe Le Friant or Bob Sinclar is a French record producer, dj and remixer. He is the owner of the record label Yellow Productions. In the 2000s, several of Sinclair’s releases became international hits, being particularly popular in Europe. Some of his most popular hits include “The Beat Goes On” (2002), “Love Generation” (2005), featuring Gasry “Nesta Pine” and “World Hold On, Children of the Sky” (2006, featuring Steve Edwards). In 2006, Sinclar received the TMF Award Best Dance International (Belgium), and released the song “Rock This Party (Everybody Dance Now)”

Cédric Steinmyller or Klingande, is a French DJ and tropical house producer with a prominent use of the piano and the saxophone. Klingande was originally a duo, until 2014, consisting of Steinmyller and fellow Frenchman Edgar Catry

Alex Adair is an English DJ, producer and remixer from West Chillington. He is best known for his remix of Ed Sheeran’s single “Thinking Out Loud” and the 2014 single “Make Me Feel Better”, which entered at number 13 on the UK Single Chart

Oliver Sabin formerly known as Unicorn Kid, is a Scottish electronic music/chip music composer and musician from Edinburgh, educated at Leith Academy. Sabin has had a number of BBC Radio 1 appearances including an early live session on the Vic Galloway BBC Radio 1 show and a BBC Maida Vale Studio session for Rob Da Bank. In September 2014, he announced the end of Unicorn Kid to pursue a different alias that has yet to be announced.

The Up Beat Vibes of Tropical House

Tropical house’s mainstream successful easy to relate to sound will certainly retain its level of popularity throughout the world and continue to inspire new artists and genre spinoffs in the future. Be sure to check out more music from these great artists and do your own digging to see what classics might be waiting for you to experience.