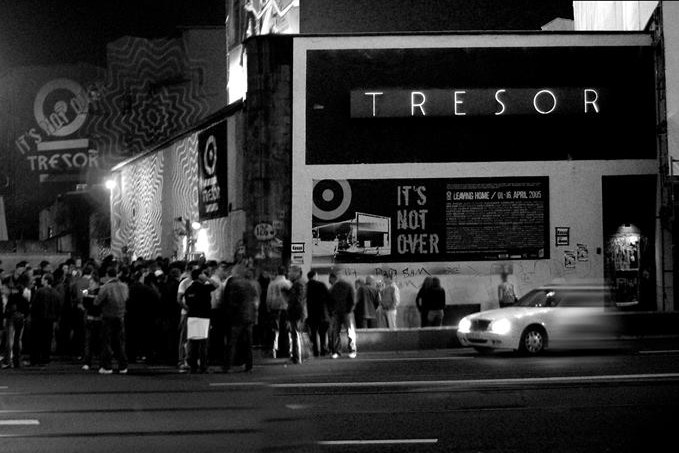 In commemoration of the club’s 25th Anniversary, Tresor is hosting its own festival celebration at the end of July.

Taking place over three-days at the Berlin Club, as well as in the lower floor of Kraftwerk, the roster of talent plays homage to the institution’s long and influential history, as well as the current thriving Berlin techno scene. The Detroit-Berlin techno axis is represented by artists the caliber of Robert Hood, Daniel Bell, John Tejada, Blake Baxter, Gerald Donald (performing as Arpanet), as well as Moritz von Oswald and Juan Atkins performing together as Borderland.

Other illustrious acts include Donato Dozzy, Dasha Rush, Objeck, Sterac, Surgeon and Regis among many, many other techno talents. Tresor has specified that while the initial lineup has been released, more names will be added in the near future.

Tresor is also hosting a Movement after-party in Detroit this coming weekend, again honoring the Detroit-Berlin connection and its influence on the world’s techno sound. 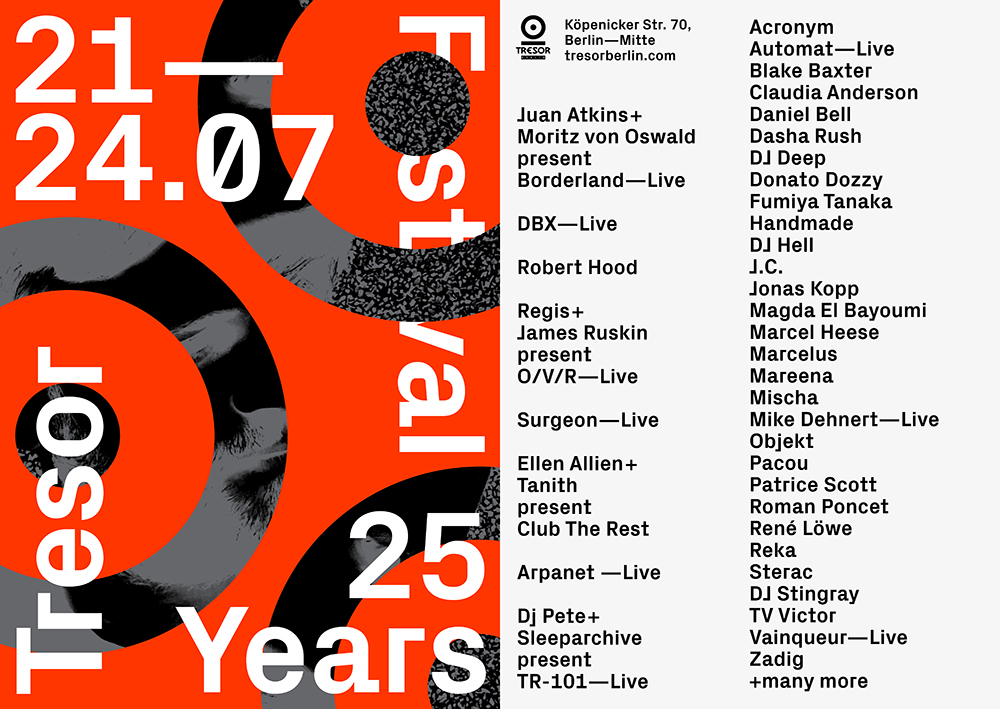 Full information for the festival, including daily lineups, can be found on Tresor’s website.