Track By Track: Moscoman Talks Us Through His “Time Slips Away” Album 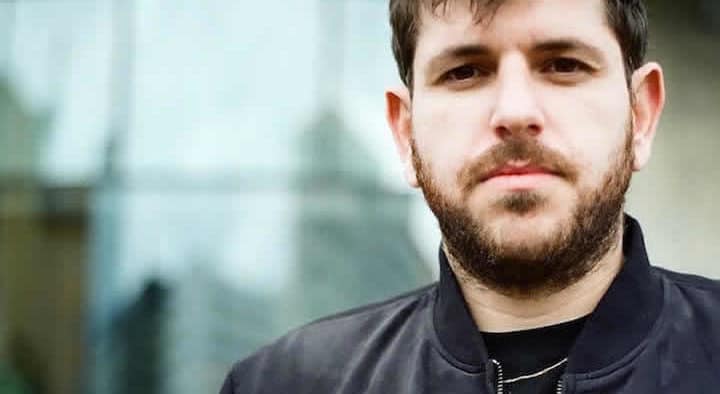 Track By Track: Moscoman Talks Us Through His “Time Slips Away” Album

2020 has seen the release of Moscoman’s long-awaited second LP. Time Slips Away on Moshi Moshi. In the studio Moscoman has always switched up from one release to the next: raw and rugged machine disco, melodic techno and wonky house on past record labels Because, Life And Death, Greco-Roman/City Slang and his own label Disco Halal. Time Slips Away shows Moscoman staying true to his roots, while exploring new sonic textures with more direct themes. The LP also sees him collaborate with artists Tom Teleman, Vanity Fairy, Wooze, Niki Kini and Nuphar.

Dancers can always be sure of one thing with Chen Moscovici–a.k.a Moscoman–a certain unpredictability and energy will always define the music he serves up., and he does so here with Time Slips Away. As well as having a background in indie and rock, he plays house, acid, techno, dark disco, synth, all from a more alternative angle. For that reason, he is a regular at wide-ranging but iconic places like Space in Miami, Berghain’s Panorama Bar, Glastonbury and Pacha Ibiza.

Rather than give you our take on the album, today we are presenting you with exclusive insight on each track contained in Time Slips Away, all from the man himself: Moscoman.

Read his words below.

The best way to describe the album overall is a feeling of ‘happy sad’.

It’s inspired by the highs and lows of my touring life – the amazing gigs, the shitty ones. The opportunity to see the world vs the crazy traveling schedules and lack of sleep.

I feel like the Japanese artists like Hiroshi Nagai have managed to put this across perfectly in their paintings…beautiful Americana landscapes that (because of their lack of people and emotion) seem at the same time both beautiful and totally melancholy/lonely.

I think this comes across in the music itself, and the audio and visual language we have tried to put around it.

I tried to create a never-ending melody. There’s four chords that constantly repeat themselves, and feel like they are simultaneously building yet going nowhere. The lyrics reinforce the focus on the fact that time is slipping away and we don’t feel it, same as the music itself.

What Do We Care (feat. Teleman)

Started as a cool pop house tune I produced on my laptop lying in bed in my Mum’s house in the Israeli suburbs. I wrote it for my girlfriend, and have also embedded a secret WhatsApp voice message in there. Teleman’s Tom is singing the anthem of our time, how people don’t realise or appreciate moments they experience in the prime of their lives.

Wish I Was In Tokyo

This is a tune for a soundtrack that won’t see the light of day. I just tried to imagine what it felt when I was walking around Kyoto last year, and explored the feeling of wanting to be in Tokyo. For me, the more beautiful the place is the more boring it is. There’s also a voice recording of me walking down the street used in the background.

This is inspired by an Israeli song ‘I Don’t Dance When I’m Sad’, for some reason it moved me to create this one, a very climactic tune with super juxtaposed lyrics written by the amazing Wooze boys.

This tune is built from 2 different tunes mixed together. I remember after finishing the first super acidic part I stripped back everything except the rhythm section and bass, took my guitar and was looking for a super ‘Madchester’ epic moment. Looking back at it, it’s totally LCD Soundsystem infused – James and Al are friends as well as influences.

Wow, this tune that went through so much to get here. I don’t even remember how it started, but where it ended is pretty much exactly how I imagined it since day one. That’s largely thanks to the amazing and wildly talented teenager Niki Kini for the spot-on vocals & lyrics.

Inspired by another huge Israeli artist, Berry Sakhaorf, the man behind princes of Israeli rock Minimal Compact. I guess it’s a techno homage to this sound.

I was in a total rut, and couldn’t make any music for almost 6 months. I thought ‘it’s gone, and I won’t ever make new songs’. Then I woke up in the middle of the night and went to the studio, this came out – this Morricone, Tarantino mix up, powered by haunting vocals by Vanity Fairy.

I think this is the tune I always wanted to DJ. I always think that people understand me when I DJ, I try to message them with music. Specifically, I feel I’m trying to bring them to towards me. It makes me very insecure, I just want the people to feel some more.

I recorded this a few years back on my Casio mt-210 that I got for my bar mitzva, that’s a good story in itself. This is very Israeli rock also, are all my songs Israeli rock? Thanks to Wooze it sounds a lot more international now!

Epic, big moment, banger, dreamy and many other superlatives I’m selling myself on moments when I DJ, hopefully someone will make it work. I’m certainly looking forward to using it for my live!

One of my favourite Eno tracks. I took my better half to the studio and screamed at her to sing it, I don’t know how it’s such a soft song, and feels like a tender moment. The studio vibe was super dark and angry, but I don’t think you can tell!