Toto, We’re Not in Kansas Anymore: Welcome to the Dark Side of Techno 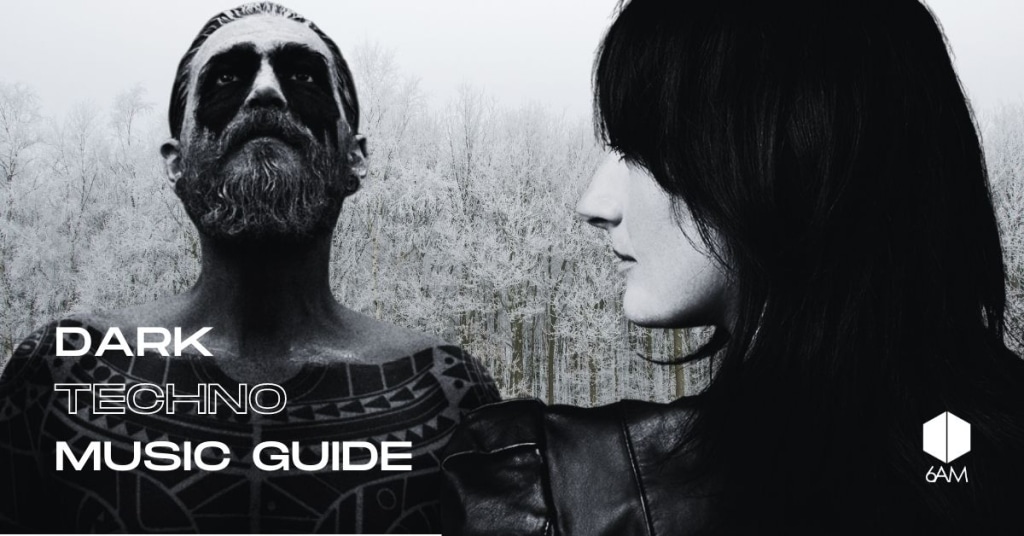 Toto, We’re Not in Kansas Anymore: Welcome to the Dark Side of Techno

When Dorothy was catapulted into the land of Oz by a tornado, she definitely wasn’t in Kansas anymore. Dorothy probably felt what every techno lover feels when they discover the world of dark techno: oh shi* (but in the best way possible).  So grab your favorite all-black attire, we’re on the yellow brick road to the dark side of techno.

What Is Dark Techno?

Dark techno is wonderfully mesmerizing as it is menacing, and much of its appeal lies in the fact that there’s no “right way” to produce a dark techno track. One way to think of it is if movies were techno, dark techno is more like Alien rather than E.T. The Extra-Terrestrial. There’s really only one prerequisite: make it spooky.

Dark techno is techno’s goth alter-ego. If it had a face, then imagine Techno Viking’s. Dark techno, ultimately, is a sub-genre of techno. It’s a witch’s brew of industrial, melodic, ambient, and dub with a sprinkle of spice and dystopia.

Essentially, dark techno is a vibe. It usually describes a techno song with these common characteristics. The tone can feel dystopian, industrial, ominous, subversive, heavy and/or introspective. There’s a pounding four-to-the-floor kick and deep sub bass lines. The rhythm can either be fast or slow, however, the tracks are typically hypnotic. Any combination of these characteristics will produce a dark techno track, and that’s the beauty of this sub-genre. There’s no set formula.

Listen to 6AM Global Vibe Radio

At its core, electronic music is imbued with a kind of eeriness. Industrial experimentation by groups such as Cabaret Voltaire in the 1970s coupled with the rise of Detroit techno eventually birthed a sub-genre that felt distinctly foreboding. In Europe,  especially Germany, dark techno was defined by the latest technology and artist’s reactions to world developments. Dark techno also arose in contrast to the “minimal scene” of the 2000s, where dark soundscapes stood in sharp contrast to the weightless nature of minimal techno. Rather than distilling the world, dark techno sought to confront darkness head on in a hedonistic fashion.

Rødhåd laid the groundwork for his DJ-career in the late 90s. He organized small open-air-parties in the outskirts of Berlin just for the fun of it. The word spread quickly far beyond Berlin’s and Germany’s borders about the new kid on the block. His specific style, consisting of dub-techno mixed with percussive grooves and his timeless, perfect mixing technique garnered him widespread recognition.

For over 15 years Paula Temple has been pursuing her own unique musical path. As a self-confessed “noisician” she specializes in a noisy, phantasmagoric techno sound, where the dial is rarely turned below 200% and every moment of silence seems deafening. Such refreshing high voltage music has placed Paula at the forefront of today’s techno scene.

Read Next: Who Says Techno Has to Be Serious? Not Paula Temple

Lithuanian artist Under Black Helmet, is a rising force in the dark art of industrial-laced techno. A protegee of Moerbeck’s expanding Code Is Law platform, the artist’s current surge into the shadowy realm of dance music has been further supported by Bas Mooy’s MORD label, setting up the producer as a fresh authority to be reckoned with.

Polar Inertia is a hazy entity formed in 2010, appearing at first as an electronic music act. Operating like a White-Out, they have built up a fog that surrounds the nature of their activities. Beyond the music and the records, the members of Polar Inertia are also the authors of texts, photographic works, printed artworks, videos and specific live performances for different context.

Read Next: Fake It Til You Make It? Not So Fast, Jeff Mills on Keeping the DJ Artform Alive

A technological society, a mechanist present, an industrial era, long and dark nights, warehouses, cogeneration plants, noise… Which kind of music matches the rhythm of Western civilization better than techno music? The Dystopian Records label was founded by Rødhåd in response to the ills of the world. Dystopian has since carved out a critical niche in Berlin and the global Techno scene. While it began as a regular party, Dystopian has evolved into a label that’s released 18 12″ EP releases since 2012 and continues to develop its catalogue.

UK-label Perc Trax has showcased “raw and ugly” techno since 2004. Click shuffle and you’ll be treated to the sound of harsh and industrial noises. Despite its dark and chaotic front, Perc Trax embodies the human warmth of the rave experience.

Synthetik Sounds is a brand-new techno record label, curated by 6AM Group, Synthetik Minds and Indonesian techno artist Ecilo. Through their extensive work in the Los Angeles underground techno scene, 6AM Group and Synthetik Minds have cemented themselves as two of the most respected techno brands on the global scale. The imprint will focus on building bridges between North America, Europe, Asia, and beyond, acting as a platform for artists whose output leans both on deep, hypnotic techno as well as darker, and harder soundscapes of the genre.

Dark techno is a fantastically diverse sub-genre of techno. Although it can feel spooky, dark techno stands for the principle that you can find joy and pleasure in this heavy world of ours. And, if you liked this guide, then consider checking out our guide to 90s Techno.