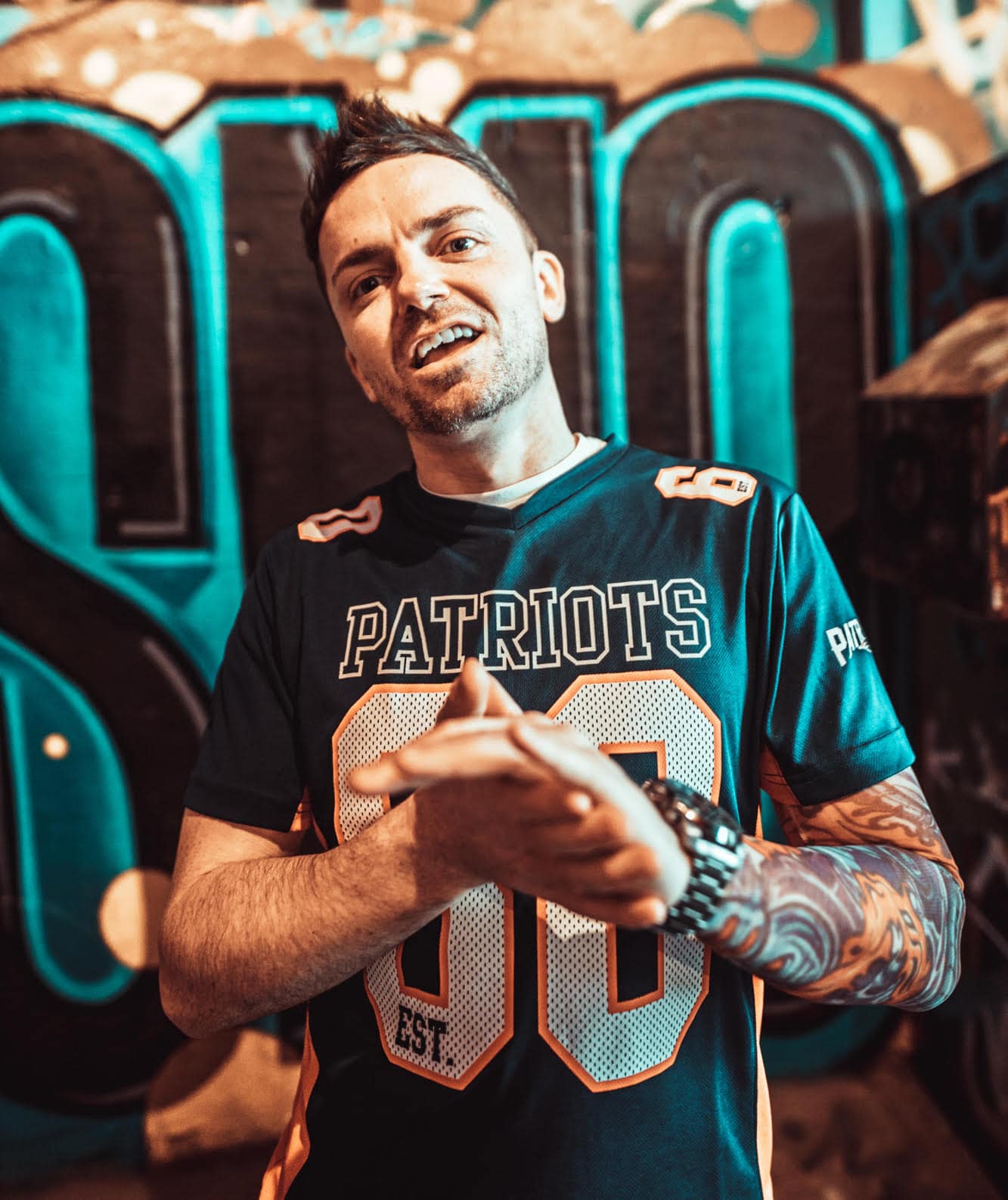 Catching the ears of the industry, tracks from up-and-comer Karuva have been aired on BBC Radio 1, BBC 1XTRA, KISS FM UK, Dirtybird Radio and Toolroom Radio, featured by Mixmag and been the subject of two national TV interviews. And he’s just getting started…

Driven by a wild and untamed creativity, Karuva was born into an eccentric musical family on the banks of Loch Ness – learning guitar, drums, slap bass and freestyle piano (all before he had stubble on his face). Crafting a sound that draws on influences including Jamie Jones and James Brown, Karuva tracks have gone on to garner support from Roger Sanchez, FISHER, Mark Knight, Illyus & Barrientos, Will Clarke and Claude VonStroke, to name only a few.

Behind the decks, Karuva has enjoyed DJing in China, America, Ibiza, Austria and extensively in the UK, where he’ll shortly be embarking on a UK club tour for the ‘Secret Garden Rave’ brand. To compliment his latest releases on Toolroom, 303 Lovers and Freakin’ 909, Karuva is busy producing a wealth of new music in his Shoreditch studio, in addition to crafting an exciting live show – which will incorporate electric guitar, drums, slap bass and freestyle synths into his DJ sets.

His latest release is his new single ‘Detroit Frequency’ which out now via Nuns On Acid and available HERE.

To celebrate the new single, Karuva has shared his current top ten tracks with us, containing both older favorites and newly-released music.

Enjoy the Top Ten tracks playlist from Karuva below:

I’ve been an Eats Everything fan ever since I heard him spinning in DC10 – sick tunes and impressive DJ skills, he certainly knows how to rock a room! Huge love for Torren Foot and FFRR too, so when the 3 came together recently, it was destined to be special. It’s safe to say that they’ve smashed it out of the park, great one for the after-hours vibes.

Detroit Frequency is my latest release, which has picked up support from a range of my favourite DJs including Pete Tong – who kindly played it to the world on BBC Radio 1. I love Pete, he has been a huge inspiration to me and to the whole house music scene, so it’s a real honour for me to hear him play this track on his show. The vocals in the track tell a story of club life in Detroit and the hedonistic musical culture in the city, all woven around a chunky 4/4 beat. Released on Freakin’ 909 and Nuns on Acid. Hope you enjoy the journey guys, take it for a ride.

I fully trust the output of Defected and DFTD, such a premium quality of house music (both for pioneering and classic releases). John Summit’s vibe with Deep End is another example of that, complimented by the Black V Neck remix, sick package. I’ve always loved attending Defected’s events in Miami and Ibiza too, the vibes are electric.

4. The Chemical Brothers – Do It Again (EMI)

Gnarly, cool and creative, big love for this timeless anthem – it’s on every DJ USB that I own. Great slice of hedonism to drop in a club or warehouse. Everything sounds so gritty, industrial and creative. One of the best production duos in the game, the lads nailed this one to the wall.

In 2019, I sent Trippin’ to Manuel De La Mare, as an unsigned track (fresh out of the studio). A week later, he was on a tour of South America, playing it in his sets and sending me videos of the crowd reactions. A real kindness from Manuel and an amazing buzz for me to see 1000s of people enjoying the track, in a country that I’m yet to visit. The label manager at 303 Lovers signed it on the back of the crowd reactions and it has become a staple in my sets.

I loved the original by Torren Foot, which was followed up more recently with this amazing remix by Mat.Joe – a gift that keeps on giving! That killer signature sax is the star of the show again, yet fused with some retro funk vibes, taking a new slant on the banger. If you haven’t heard it before, go check it out, it might switch up the whole vibe of your day/night sessions.

Calvin is super talented, the man is an anthem-making machine! This is definitely the coolest slice of house music that I’ve heard him release and it fits so perfectly into the Defected vibe. Whether looping it up as an accapella over another track, or unleashing it in it’s full glory, this one is special.

I produced this track in my flat and mixed it down using a pair Sennheiser HD25s – with the view to just playing it in my own sets. Surprisingly, it captured a lot of people’s imagination, with guys like Davide Squillace dropping it at festivals around Europe and Nemone playing it on BBC 6Music. It led to me getting my first gig in London, a national TV interview and an international touring deal with Ministry of Sound. It’s a bit wacky and gets the serotonin flowing, hope you enjoy it too.

I was kindly sent Mind Music as a promo, to play on my radio shows on Mambo Ibiza. After instantly falling in love with that trippy vocal and cool downbeat groove, it’s been in my AirPods, monitors and sets throughout the summer. Hot Creations are on fire and James Solace has added to that back catalogue perfectly.

Dalfie has been releasing amazing tracks on labels such as Do Not Sleep and Pets Recordings recently, so it’s unsurprising that his latest follow up is nothing short of class. Edgy and thought-provoking, I love how The Show flawlessly merges house, acid and American west coast Claude VonStroke style drums. Whatever you’re doing – driving, working out, baby-making or night-time raving, this one sets the tone perfectly.