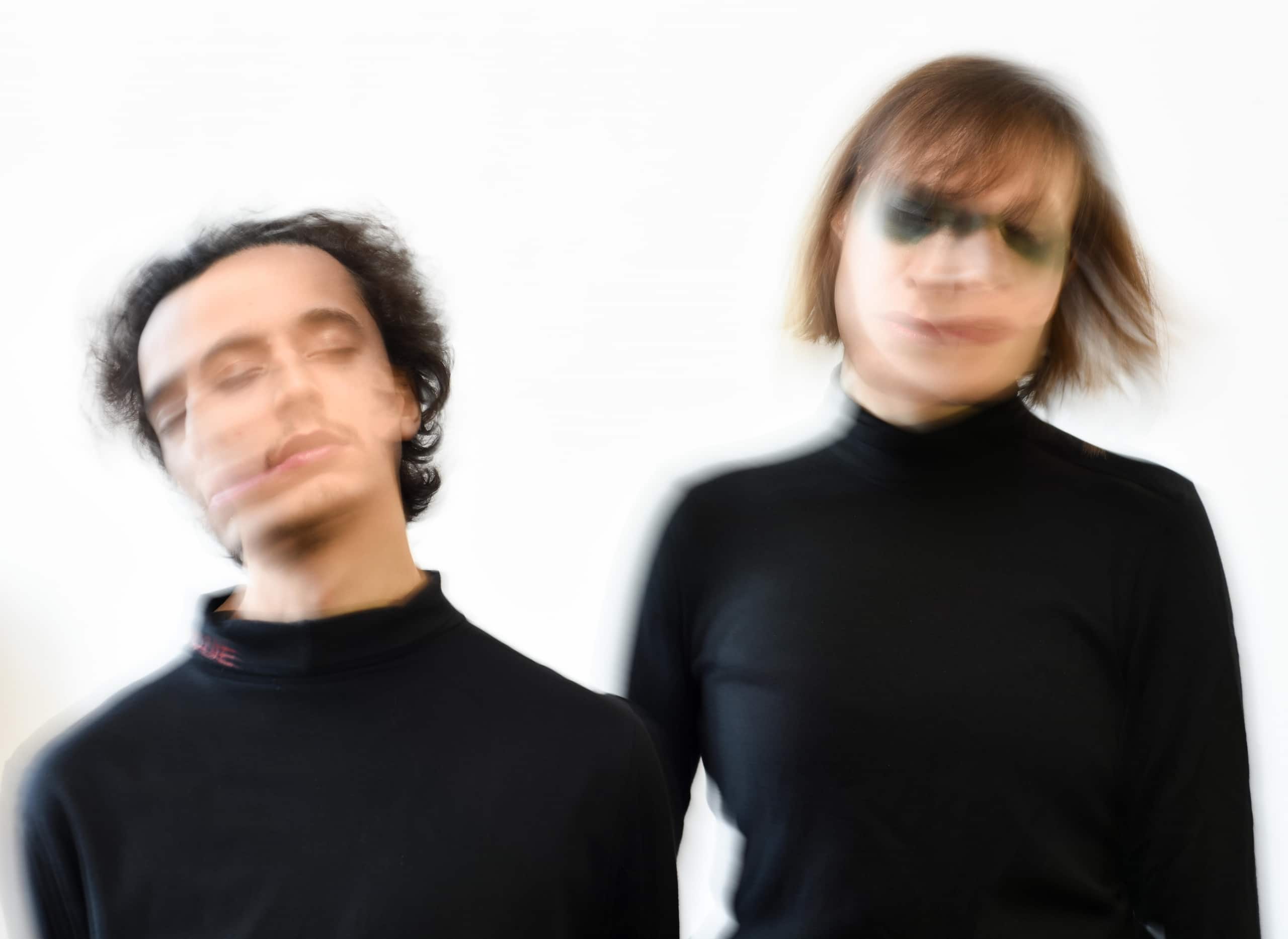 HYPER OPAL is a multinational post-rock, electronica pop-hybrid comprised of Marie Hoffmann (V4NT4BL4CK) and Tidiane Cacique (Leave Things) who are the co-creators of Nordpath Records. Combining the unique elements of their native lands (Germany and France), the duo’s sound is focused on the remains of humanity as seen through a technological line of sight, that is in part fueled by the progressive environment of Berlin.

The moody vocals of Marie Hoffmann come to the listener as if her spirit were trapped inside the water, her soul wandering the woodlands. This combined with the passionate, sometimes rebellious, haunted rhythms of Tidiane creates a style of music some refer to as empathy-driven “Tech Noir”.

“The LP is a dialogue between the human-made messiness that spreads out and the will to be naive, playful, and having no script. It expresses our search for reconciliation with mankind, the search, and the establishment of an inner compass that guides us and makes us independent and self-reliant. We accept our dark side and give it space, but protect our inner child, whose instincts are uncorrupted and who does not tolerate compromises.” – HYPER OPAL

The duo delivered their debut album on the new Swiss imprint Blizzard Audio Club last month following on from releases from Pavel and E&A Rüeger.

In honor of the release of A Light Speed, we asked HYPER OPAL to share their Top Ten Tracks with us.

Enjoy the playlist below:

Hypnotic vintage synth joined by broken drum machines. The soundtrack for long rides through the countryside. Karen Gwyer is a must to be seen live.

We are amazed by those textures and broken beats, we fully support this Argentinian crew « Trrueno » comprised of Bungalovv, Qeei and visual artist Tatiana Cucco with is actually working on a clip for our upcoming release.*”

Kara-Lis Coverdale writes unique symphonic ambiant music with floating choirs and slow string instruments. This song introduces you to the her album »Aftertouch«.

There is a kind of purity in her voice and arrangements, that is elegant, cool, but never cold. Were listening the album «Have you in my Wilderness» in a loop.

Valeda’s soft voice on top of immense synth walls, giving you the feeling to be trapped in an ocean of waves — the soundtrack of other world explorers.

From a friend I (Marie) got a tape that was partially overwritten with some artist I do not remember. But the backside contained The Velvet Underground & Nico, but was unlabeled. As a teenager I identified the voice rather as male. I was totally drawn into this melancholic, stoic, and strong timbre, the rather edgy, German way to pronounce English phrases, the psychedelic instrumentation. It was a documentary about Nico 10-15 years later that gave the clue about that act’s name!

As eternal fans of the Postpunk and New Wave genres, we want to present HTRK. Slow drum, a dramatic guitar, and a tortured voice — sombre et beau.

The album is full of compositional master pieces. We love the orchestral arrangements combined with synth parts and the timbre of her voice. Gives us the goose bumps. There’s nothing to add.

James K – SOKIT to me Baby

This track is in a way two-fold, an acid beat and infinitely slow voice and synth tracks transporting you through sunburned landscapes. Can’t wait for her next release. The associated video clip is adorable, trashy, weird.

We adore the original arrangements of Tryphème and her lovely energy live.

A Light Speed is out now and available HERE